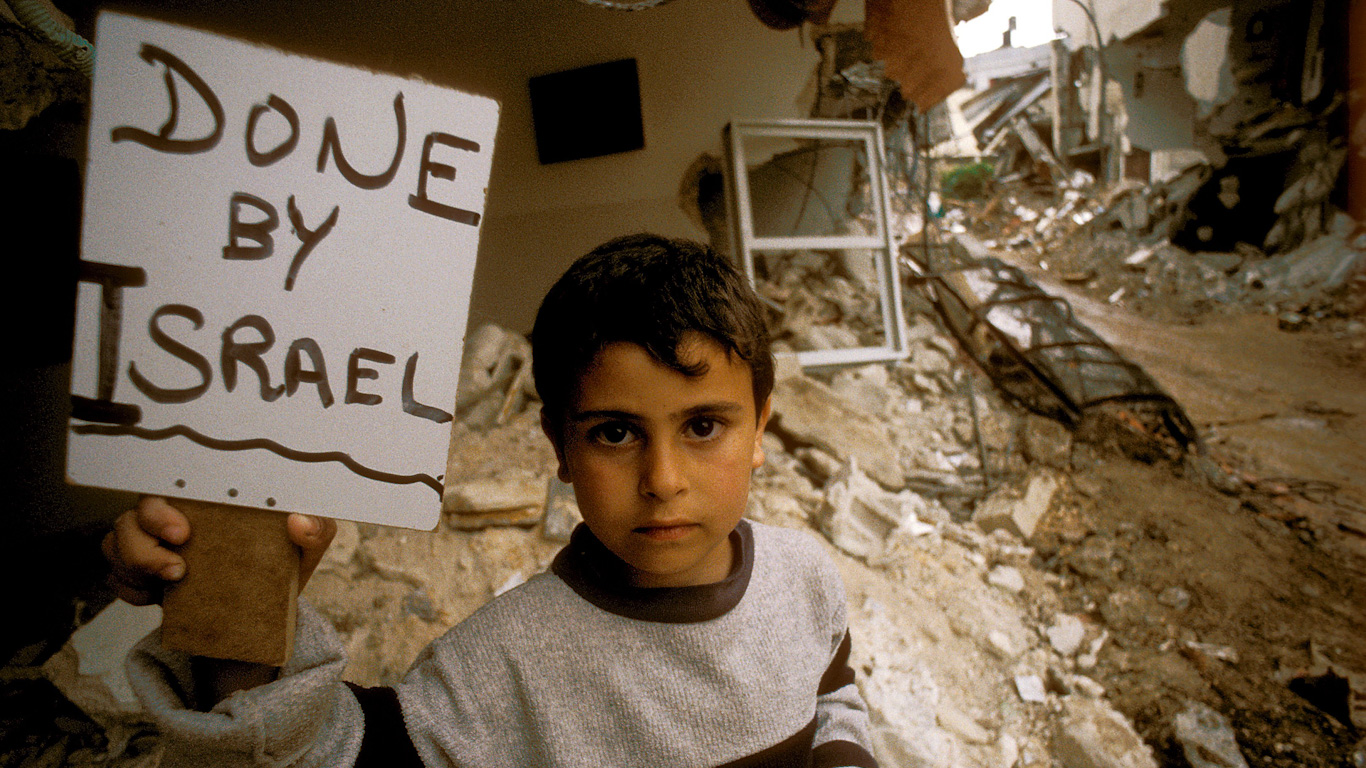 “Jenin, Jenin” documents a deadly Israeli assault on a Palestinian refugee camp that left hundreds of civilians dead and over fifteen hundred wounded, and its release has caused an uproar in Israeli society.

(NOTE: Israel has a long history of massacring Palestinians – read about it in Israeli Massacres: A Brief and Shocking History)

by Miko Peled, reposted from MintPress

In a particularly draconian decision, an Israeli court has ruled that the documentary film “Jenin, Jenin” will be banned from screening in Israel. Additionally, all copies of the film must be collected and destroyed. The court went even further and ordered producer, director, and actor Mohammad Bakri, the man behind the film which documents the Israeli assault on the Jenin refugee camp, must pay damages to an Israeli officer who participated in the massacre and appears in the film for about five seconds.

Israel’s military invasion of the Palestinian refugee camp in Jenin and the slaughter which followed took place in March of 2002. The army entered the camp with tanks, special forces, commando units, and several reservist brigades. The camp was bombarded from the air and from the ground. Several hundred Palestinian fighters fought heroically, armed with nothing but semiautomatic rifles and rudimentary guerrilla warfare skills. Twenty-five Israeli soldiers lost their lives in the camp and countless Palestinians, mostly civilians, were killed.

Silencing the survivors’ point of view

“Jenin, Jenin” includes testimony from people of all ages who lived through the Israeli assault on the camp. There is no question that hearing the descriptions and experiences of the survivors of that awful trauma is heart-wrenching. But Bakri himself never makes any direct accusations in the film. He shows footage of Israeli soldiers, tanks, and armored personnel carriers, and of Palestinians being arrested, but at no point in the movie is an actual accusation made and it is clear that the only perspectives offered in the film are from those who live in the camp.

Protests erupted in Israel as soon as the movie was shown. Bakri was called a Nazi and slandered by the press and the public for daring to show what Palestinians had experienced at the hands of the Israeli soldiers who entered the camp. Soldiers who had participated in what is known as “The Battle of Jenin” demanded that Israeli authorities censor the movie and not allow theaters to show it, and they eventually got their way.

The film was banned by the Israeli Film Ratings Board on the premise that it was libelous and might offend the public. Bakri appealed the decision and the case went all the way to the Israeli Supreme Court, which ultimately overturned the board’s decision. Since then, those who have participated in the assault have been looking for ways to challenge the film.

In November 2016, Nissim Meghnagi, a reserve officer who took part in Operation Defensive Shield, also known as the massacre at the Jenin refugee camp, sued Bakri for 2.6 million shekels, the equivalent of around 745,000 U.S. dollars. In his suit, Meghnagi claimed that he appears in, and was named in the film and that it libeled Israeli soldiers by presenting them as war criminals.

Bakri argued, correctly, that the purpose of the lawsuit was persecution and political silencing, and that the movie makes no accusation against Meghnagi specifically. It only shows, Bakri continuously yet fruitlessly claimed, the point of view of the Palestinians who experienced the onslaught on the camp. Still, the District Court in the Israeli-occupied city of Lyd ruled in Meghnagi’s favor and ordered Bakri to pay Meghnagi the equivalent of $55,000. Now the case is expected to go back to the Supreme Court.

A History of War Crimes

Israeli forces did not allow the Red Cross or any other international observers to enter the camp for many days after the assault was over. This allowed them to clean up the camp before anyone from the outside was able to witness what had been done.

The reason that “Jenin, Jenin” created such a strong reaction in Israel is that the people involved, and even those who were not directly involved, know that Israel has a history of atrocities and war crimes. Israel claims that the IDF is the “most moral army in the world,” yet almost every single Israeli has either been witness to or knows someone who has witnessed – or even committed – atrocities.

Committing war crimes of all kinds is a deeply rooted tradition in the Israeli military. It goes back to the earliest days of the pre-state era when Zionist militias operated before an actual Israeli Army was formed. These militias were turned into an organized army in the middle of the 1948 ethnic cleansing campaign of Palestine. They were in the midst of committing a horrendous crime for which no one has yet been brought to justice when they became an official army and when Jewish Zionist settlers in Palestine became citizens of a newly established Apartheid State, a state whose very establishment was a war crime.

This is why there is such opposition to the movie and to Mohammad Bakri himself amongst Israelis. Bakri touched an open nerve and because as a Palestinian with Israeli citizenship, he also happens to be a household name among Israelis, Israelis are furious at him. Bakri dared to enter the camp and to talk to its residents without showing what is commonly known as “the other side.”  Furthermore, as is made very clear throughout the movie, the spirit of the people in the camp remains undefeated.

Over and over again throughout the movie, we hear survivors of the assault, even as they sit on the rubble of their own homes, repeat that they will rebuild the camp house by house and that they will never surrender. This is hardly the message that Israelis – who only a short time before had voted for the notorious Ariel Sharon to be their prime minister – want to hear.

The Driver of a D9

On May 31, 2002, Israeli journalist Tsadok Yehazkeli, working for the Israeli daily Yediot Aharonot, published an article in Hebrew about the driver of a D9 bulldozer who went by the moniker, “Bear the Kurd.” “Bear” made a name for himself during the assault on the Jenin refugee camp, when for 72 hours straight he drove his bulldozer into countess houses and destroyed everything in his path, ramming into homes regardless of whether or not they were inhabited.

He was quoted as saying “I made them a football stadium,” and “I have no regrets. I’m proud of my work,” and, “I never gave the people a chance to run out of the houses before I ran over them and ruined the houses with my bulldozer.” None of this is shown or mentioned in Bakri’s film yet it provides a picture of the atmosphere among the Israeli troops that entered the camp.

The army unit in which the D9 driver operated went on to receive a medal for its actions during the assault, and the man known as “Bear the Kurd” became a hero to the troops. Because so many were buried under the rubble, to this day no one knows how many Palestinians were killed in 2002 at the Jenin refugee camp.

It is hard to anticipate what the Israeli Supreme Court will rule when it hears the Bakri case. However, in a state that was built on war crimes and atrocities, one may expect that all branches of government will work together to keep the truth from coming out. Either way, few Israeli war crimes are as documented as this one, and so “Jenin, Jenin” must be viewed and shared widely. 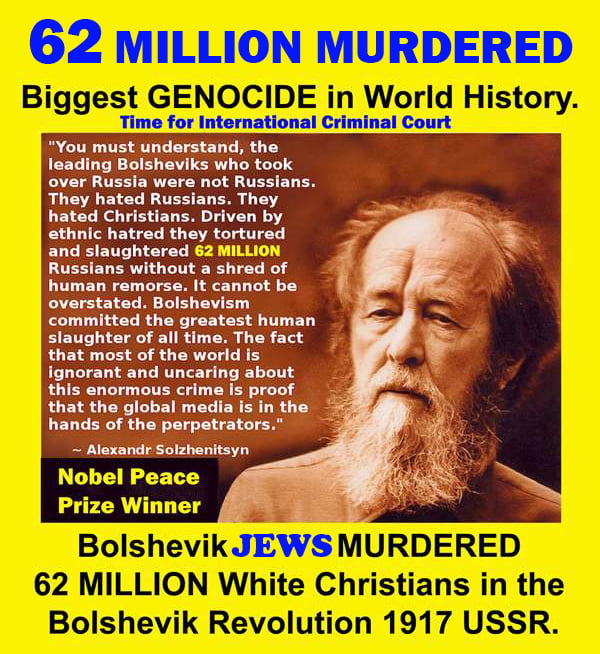 Miko Peled is an author and JEWISH human rights activist born in Jerusalem. He is the author of “The General’s Son. Journey of an Israeli in Palestine,” and “Injustice, the Story of the Holy Land Foundation Five.”