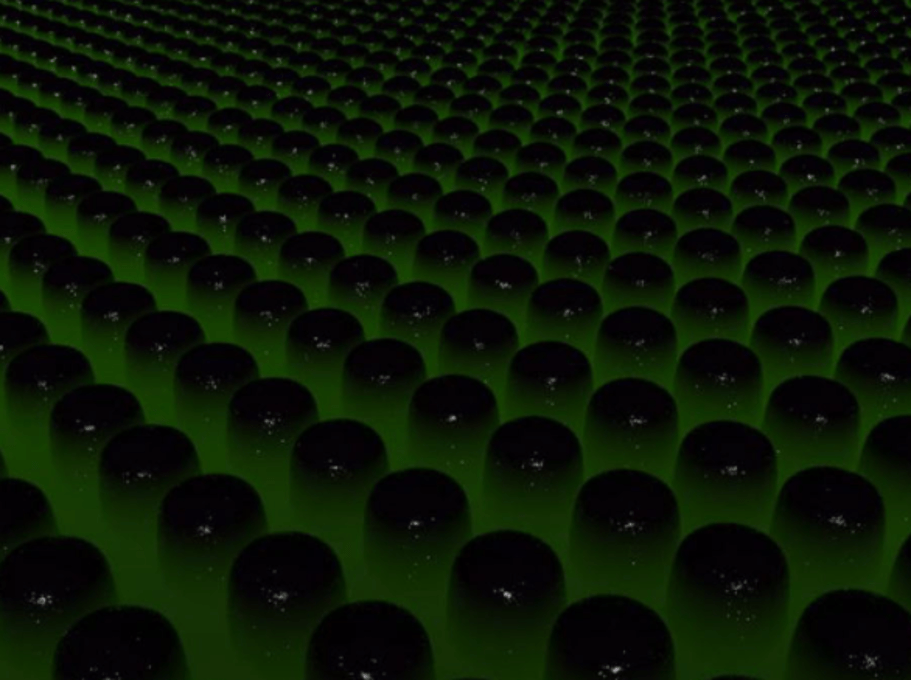 Article source with verbatim from

Author Ivo A. Benda and “others” at http://www.angels-heaven.org/english/default_en.htm

EN – TALKS WITH TEACHINGS FROM MY COSMIC FRIENDS

Encapsulated spirits or souls of individuals – physical bodies of almost all (except 106,000) Earth people and hundreds of billions of other undeveloped beings in the Zone of Displacement are depicted inside the image here.

For most, 92 % of people, there is 95 % of the darkness and merely 5% of the light as illustrated as a white entry point on every proton capsule in the image above.

The green haze is the slimy information system of the negative entities which they use for dissemination of their pseudo-programs etc.

The slimy information system is a soft sticky web of lots of links – fibres – a bit similar to human brain neurons.  80 % of height corresponds to today’s 80 % of burdened genes of physical bodies of people on planet Earth and this number is constantly increasing.  The pseudo-creator’s goal is to lower the 5% of the true information people have today down to a minimum of 1 % by means of the upcoming chip control system.

The encapsulated individuals, by accepting, processing and utilizing the control programs and illusions of the negative state from their own free will and by their own choice, serve as energy transformers that supply energy to the negative entities in the form of negative emotions, which these individuals experience in this process.  Consequently, from this behavior they enter the state of spiritual growth stagnation, and they constantly degrade their vibrations with consequences and outcomes of such choice. 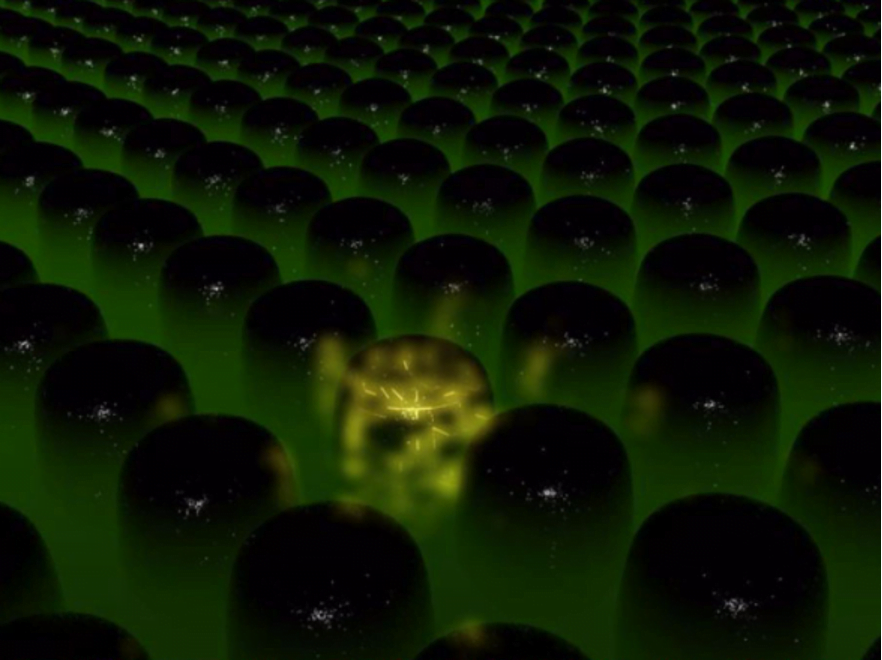 When a human enters and proceeds in the spiritual path, the first small cracks appear and there is more light from the prime creator of all and everything breaking through to the rotating proton capsule.

This light (the information, the energy) has a personal and unique character as it is intended for a given individual.  Within this individual, the degree of the true information is being increased and so he/she serves as the transformer of light energy for his/her surroundings and his/her radiation interferes with surrounding capsules where a chain reaction begins.  Therefore, it is not an interference with the process from the outside, but it is a free will of one who is inside this system (i.e. an individual incarnated on Planet Zero).

Thus, by this energy of light, he/she disrupts the control system in the nearest surroundings and he/she gradually decreases the degree of control, promotes his/her vibrations and moves up the spiritual path back to the prime creator of all and everything.  This is the main mission of all agents of the positive state, namely the positive, loving life.  Subsequently, some of them may perform a specific mission of these three fields: teleinformation, meditation, and healing.  So, a being proceeding his/her spiritual path directly or indirectly influences his/her surroundings.

In the process of decapsulation, the being proceeds along the spiral of the spiritual growth and he/she gradually passes the spiritual tests, establishes first communication contacts with beings of light and performs his/her mission up to the point of enlightenment – the point of transvibration to a higher dimension. 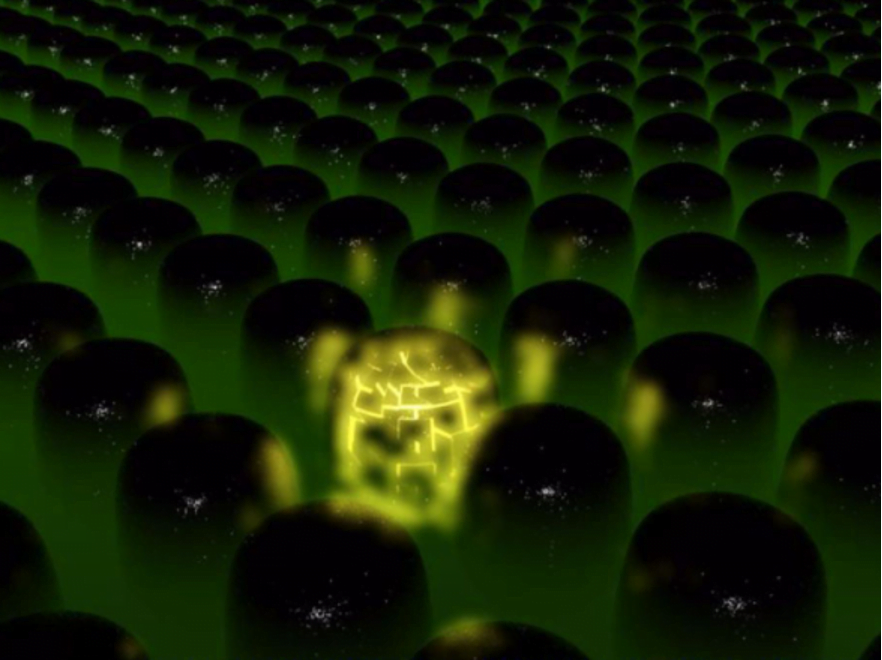 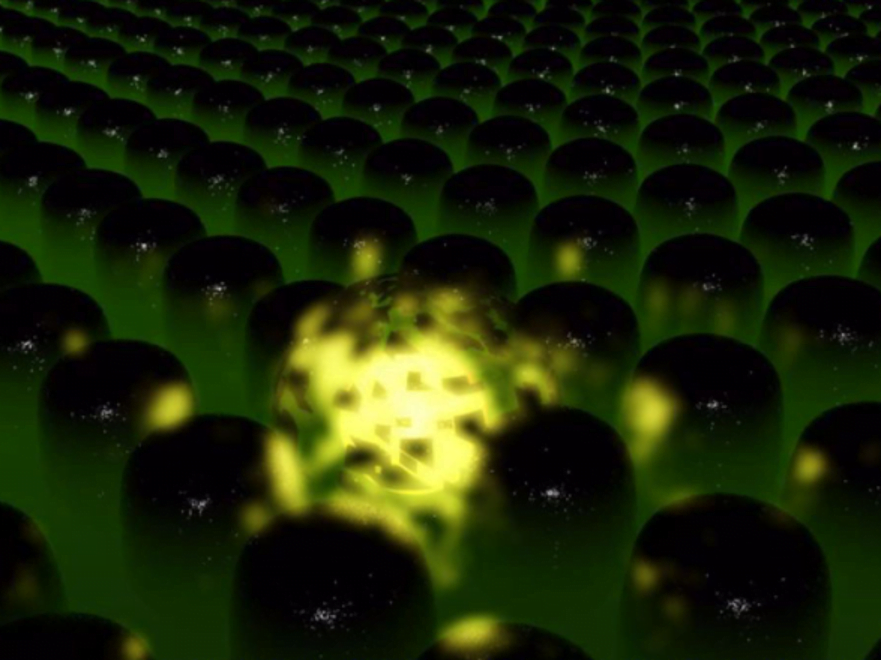 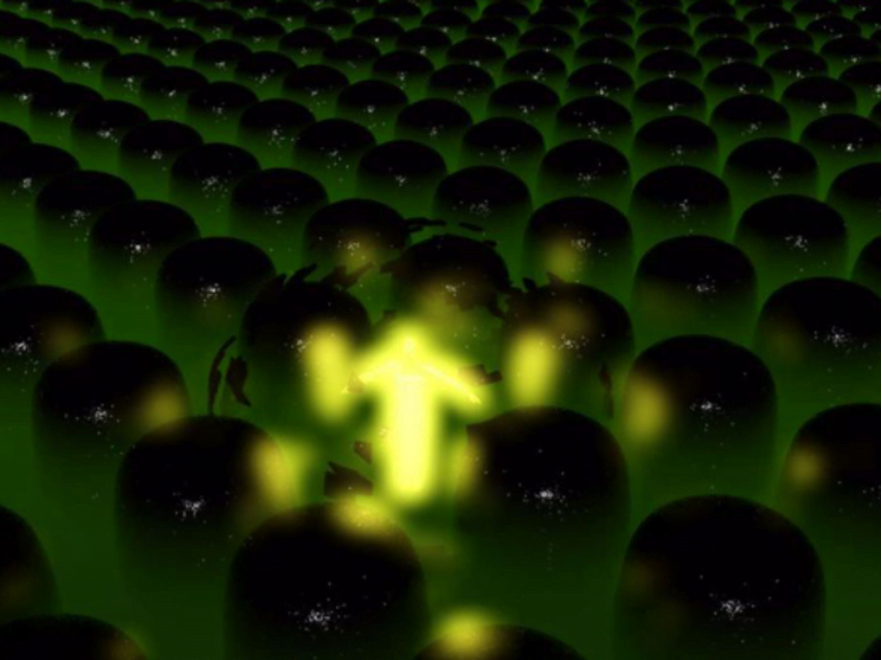 The proton capsule continues cracking and there is more and more light – the true information from the prime creator of all and everything – getting to the encapsulated individual. 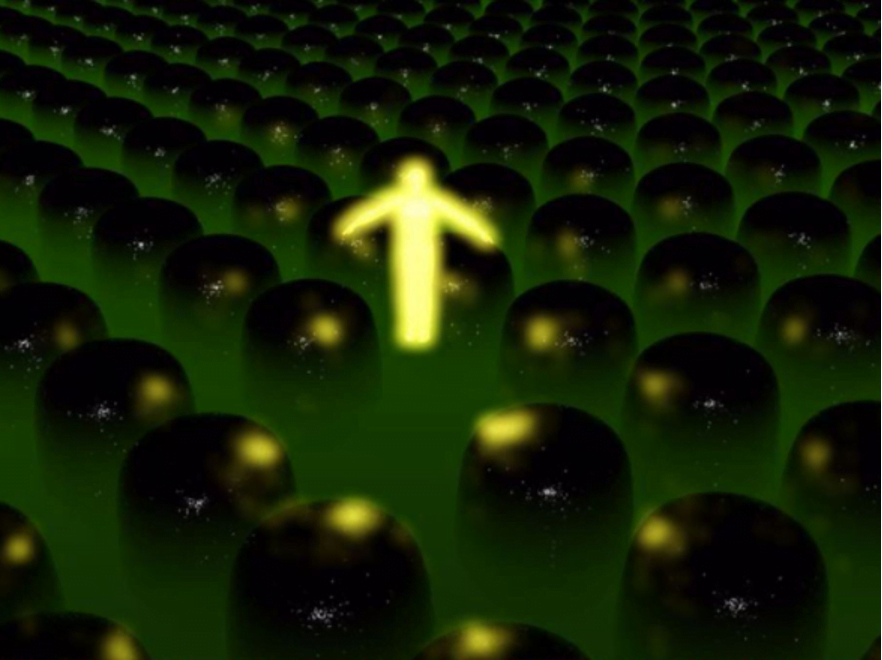 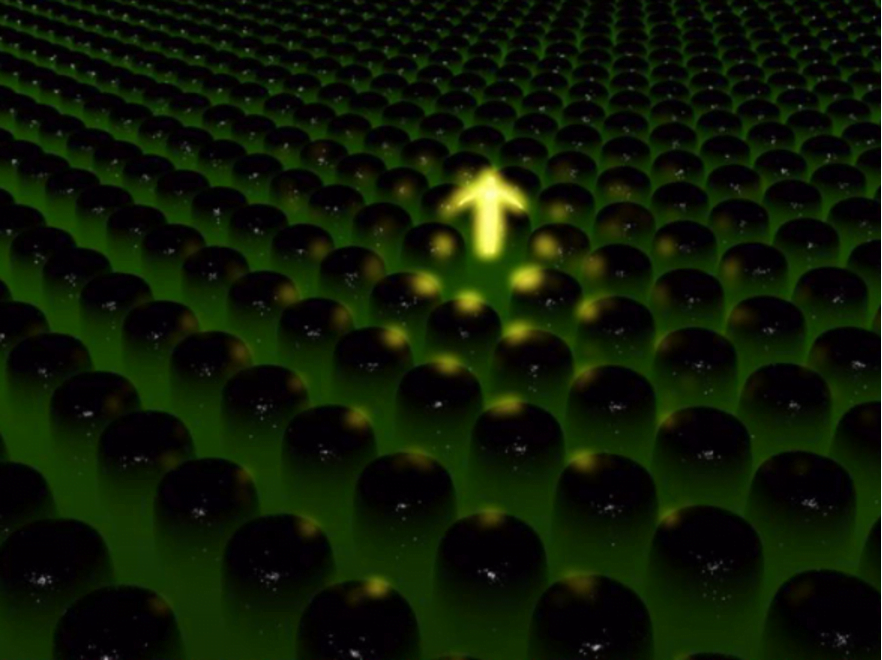 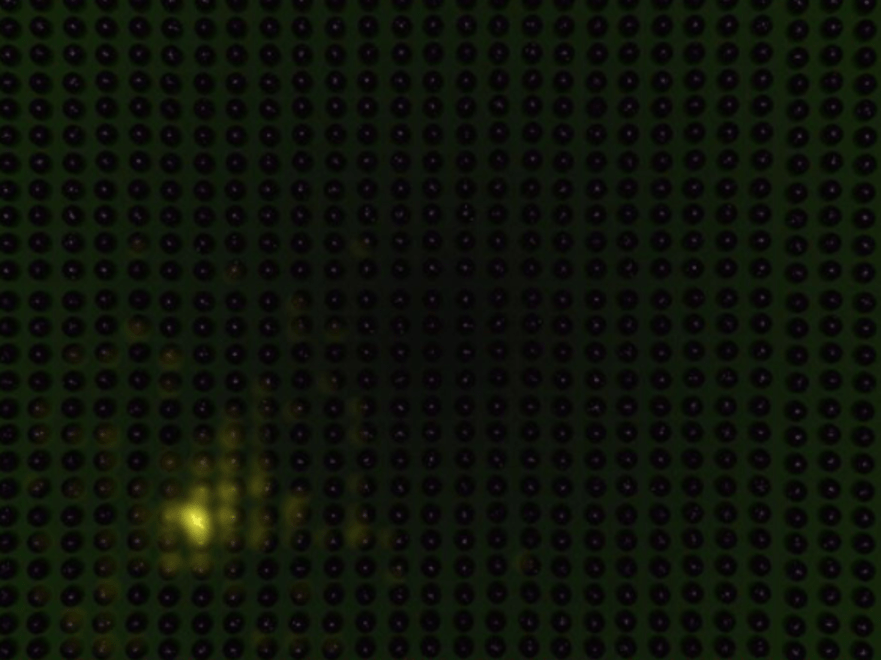 A decapsulated individual (the spirit or the soul) entered the last revolution of the spiral of spiritual growth.  He/she prepares for an independent and individual work in which he/she will utilize the gifts of spirit.

He/she climbs above the slimy information system.  This results in being minimally affected by control programs; and can more effectively disseminate the light – the true information.

In gradual steps, he/she reaches the 10 % degree of the control and 90 % degree of the true information (the opposite of encapsulated man/woman).  He/she performs their spiritual mission, for the sake of which they came – incarnated –  on planet Earth. 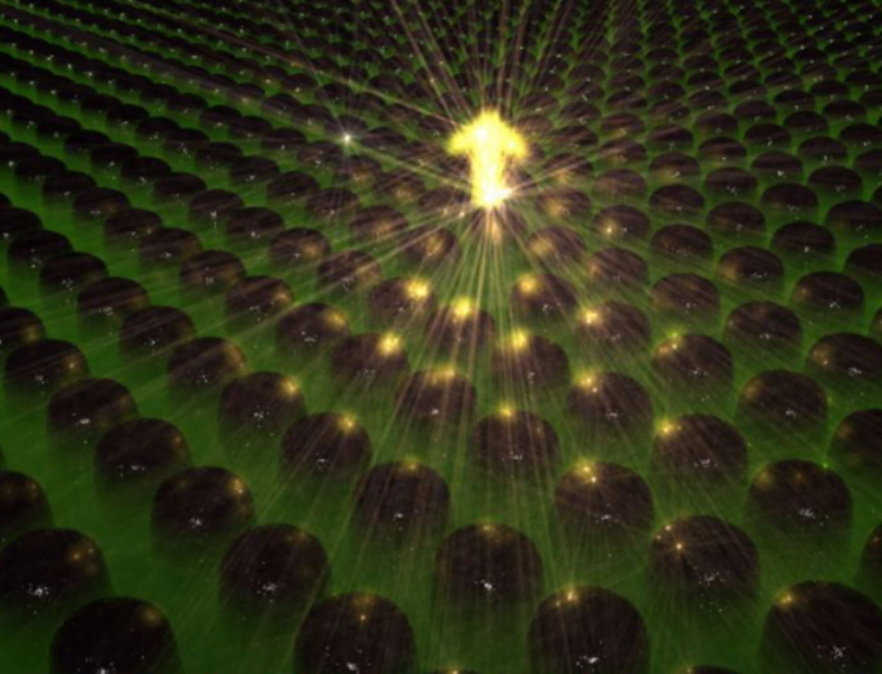 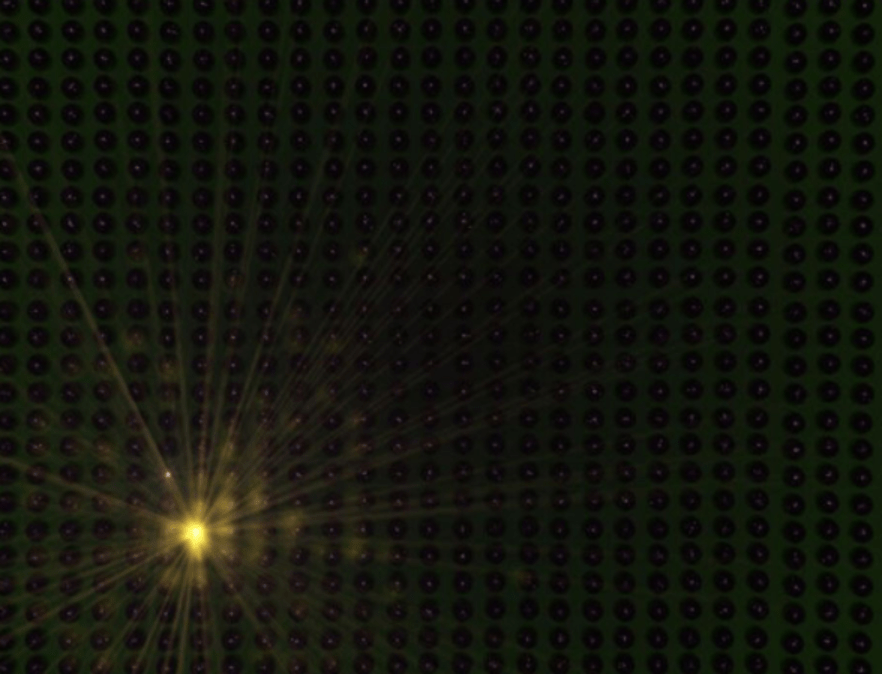 A decapsulated individual (the spirit or the soul), proceeding further on the spiritual path by employing his/her spiritual gifts, consciously covers the space around him/her with the information fibres of light and so he/she effectively disseminates the true light information, by gradual rising up and by the work of light, he/she progresses up to the point of transvibration. 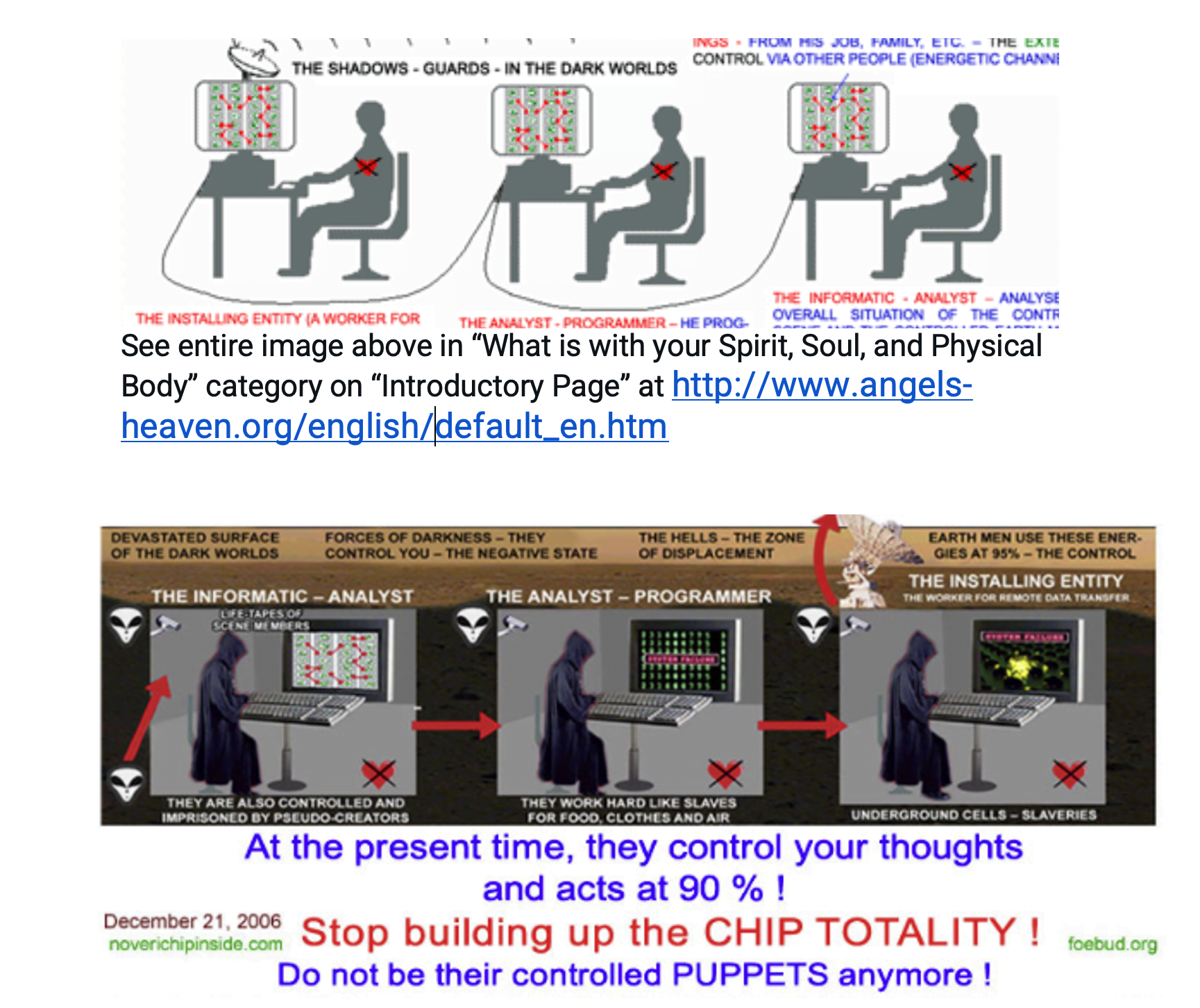 Every morning, the program starts as soon as an Earth man/woman wakes up.  He/she is seen in the dimensional window of negative entities’ office.

When programmers see a light from a person on their computer screens they initiate programs to diminish their light (lower their frequency) in efforts to keep the person in darkness; so much so that an Emergency Negative Group meets hourly to figure out how to come against a person showing as light, including self-triggering program loops.

The brighter your light (higher your frequency) the more negative programs are thrown at you; such as perhaps abusive adults, poverty, underemployment,  underpaid, withholding promotions, health problems, mental health issues, separation of persons of light to keep them friendless/lonely/isolated, etc.

The Informatic – Analyst, Analyst – Programmer, and Installing Entity are also controlled and imprisoned by pseudo-creators.  They work hard like slaves for food, clothes, and air in underground cells-slaveries. 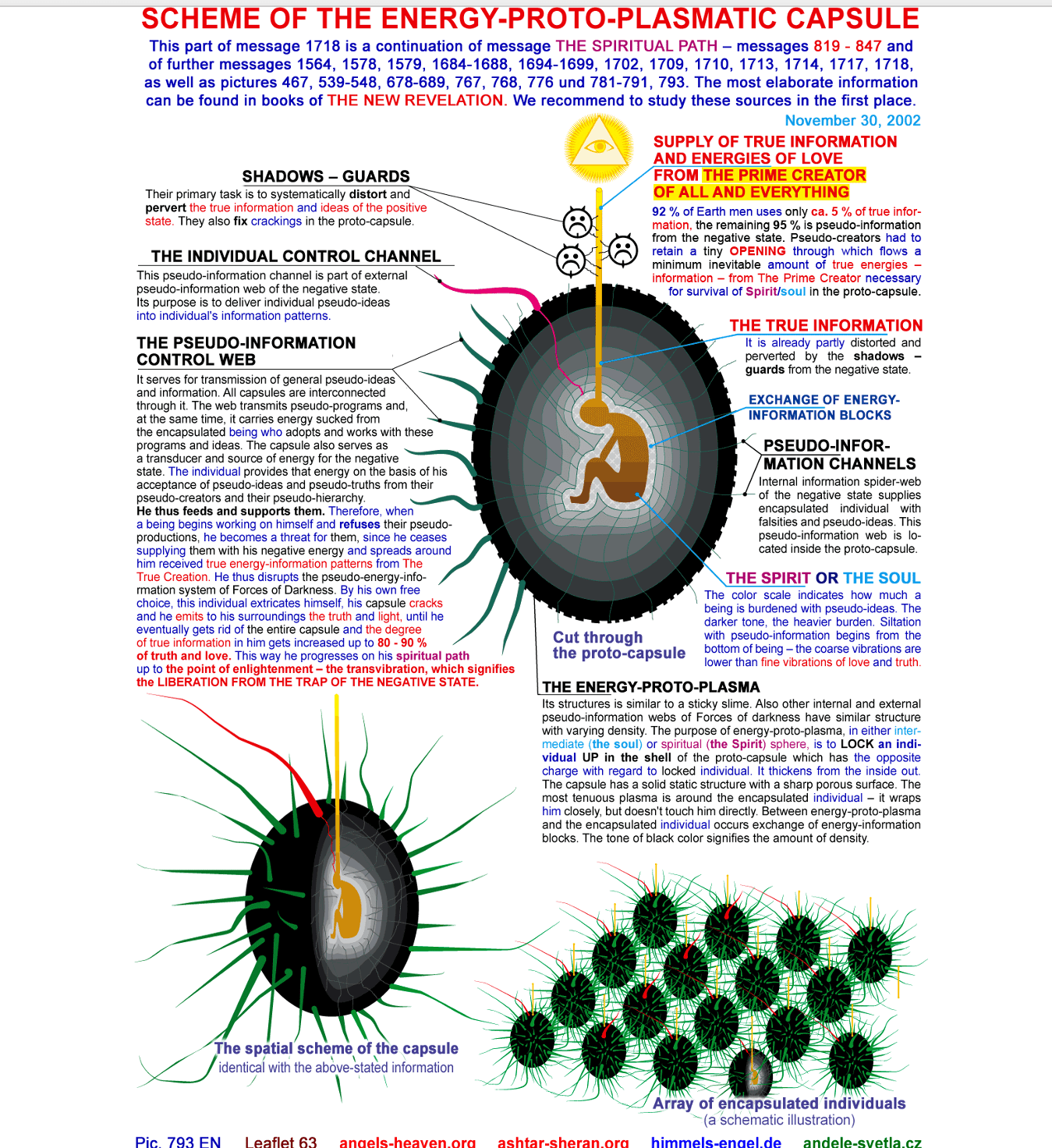 Movie 6 Heavens for the People

EN – TALKS WITH TEACHINGS FROM MY COSMIC FRIENDS.  Scroll down to Movie 6 (screenshot of Movie 6 image below). 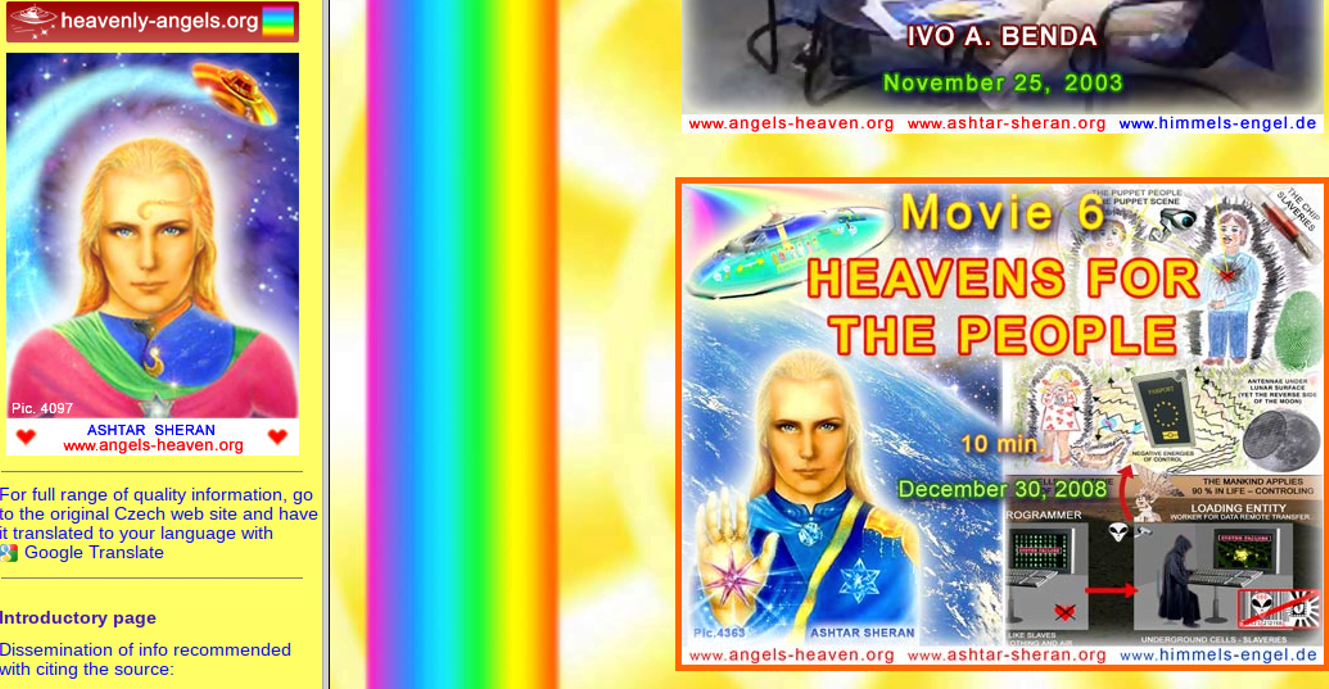 In this film, Ivo A. Benda gives a message in 2007 from Ashtar Sheran, a Commander of Grand Cosmic Squadron:

Here is a script from part of this movie:

00:02:20 in “..Nowadays, large majority of people heads for Dark worlds in a negative state of remote control by Forces of Darkness, due to 90 % of all people’s choices.  We can advise you that these people do NOT choose a good future.  And hence we are here to help them to turn back and mend, and, by means of ADVICE and HELP, to show them the way to a BEAUTIFUL, VALUABLE, HAPPY LIFE, a life that ANGELS IN HEAVEN, thus all the highly-developed societies, live.

We are here in spaceships above you and have a lot of work which we do for YOU, for the planet Earth, so that you can live, you can exist in this sphere, so that nature is sustainable for YOUR development and so that planet can survive the burden of terrestrial mankind.

We are here because of love to YOU the people of the planet Earth, we perform this work unselfishly.  That means we have our own home planets, beautiful, HARMONIOUSLY, DEVELOPED, BALANCED PLANETS and we do not aspire after other worlds.  We are here within the COSMIC CONFEDERATION OF PLANETS which not only numbers a massive vast of societies in this galaxy, but it also unites many other galaxies in the HEAVEN in the TRUE CREATION.

I would like to remind you that the most of the people, that means 95 – 96 % of people from 6.5 billion people on Earth, unknowingly chooses this NEGATIVE STATE, this remote control via waves by Dark Forces, the PROGRAM they MAKE for you is sent here on the planet Earth through antennas on Moon, and YOU ACT IN ACCORD WITH THIS, you behave and LIVE YOUR PSEUDO-LIVES accordingly.  Therefore you are not able to solve this situation, since THESE ARE CUNNING PROGRAMS built on exterior, on outer glitter, on a matter, on a material, on calculations, on so-called advantages and expediencies.

00:05:38 in:  “…All these benefits that the other side offers you have only one purpose:  to drag you to them, to the Forces of Darkness, that is to the saurian from the Dark worlds and their holes in the Dark worlds where they CONTROL you from.  They prepare you for that with all the ways and means, as from type of relationships – NEGATIVE RELATIONSHIPS programmed both from INSIDE – REMOTELY VIA WAVES as well as by EXTERIOR WAYS through THE MEDIA and through your environment – other people.

I would like to call to attention of all of you that except for 2% of population, you OF YOUR OWN CHOICE LET YOURSELF BE 90-95% CONTROLLED by Forces of Darkness and technologies you’re being given from their Dark worlds, given here FOR THE PURPOSE OF INVESTMENT, which they want back AT A PROFIT.

99.9% means that you have only 0.1% left for YOUR TRUE FREE WILL and 99.9% means you are choosing this amount of life according to a control program from the Dark worlds which you’ve been prescribed by negative entities.”

New Earth Anthem at EN – TALKS WITH TEACHINGS FROM MY COSMIC FRIENDS via link under this icon on upper right side of screen:

The Galactic Federation is GOING PUBLIC

Victory is Near 432Hz