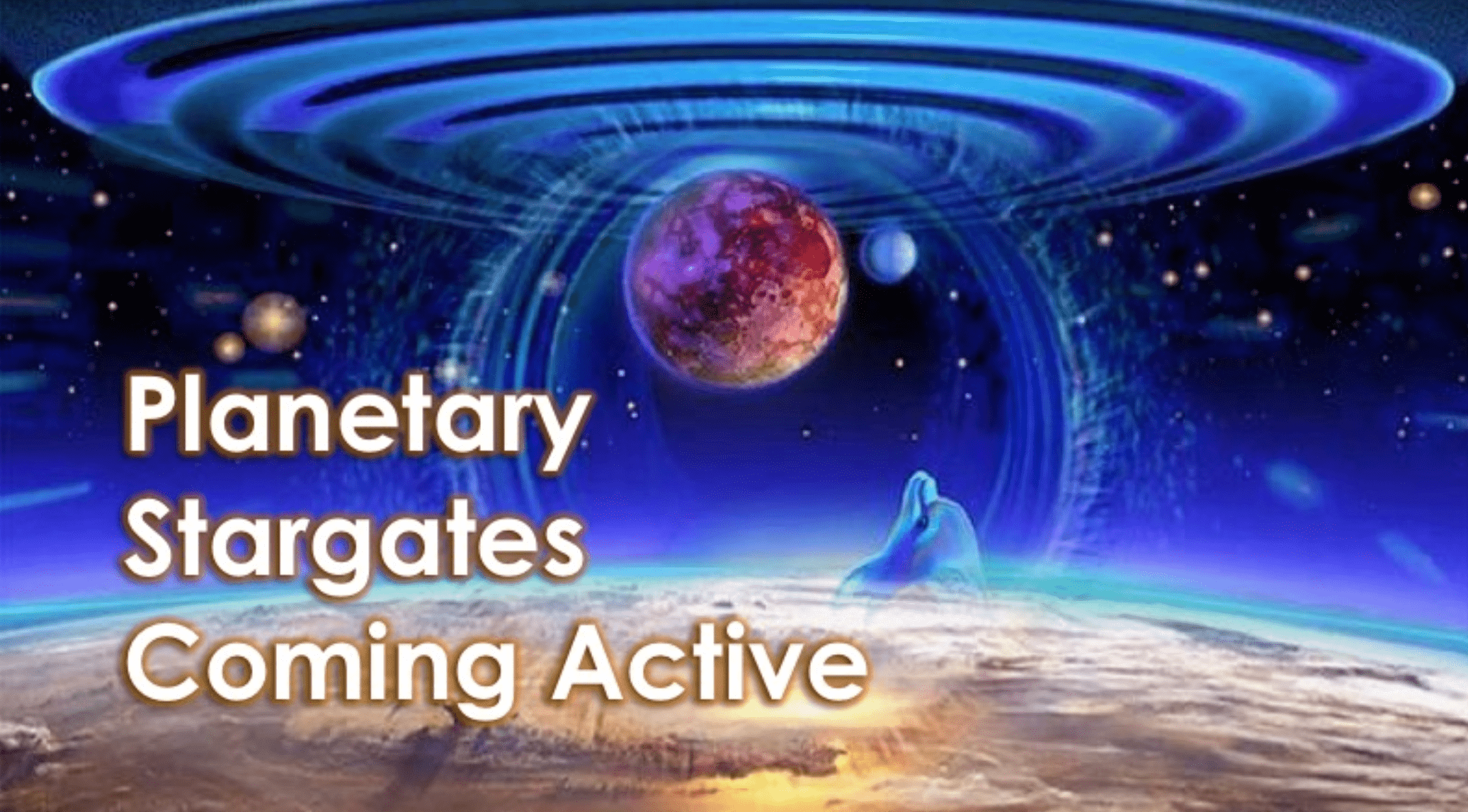 Planetary Stargates are nodes of concentrated energy where the veils between the dimensions are thin. To someone readily able to let go and expand their consciousness, all manner of metaphysical experience is enhanced. Much more than that though, this elevation in energy is beginning to widely effect life on the planet in the most profound of ways. The chances are that whether sensitive or not, you’re already experiencing the effects.

Understanding and working with the phenomenon is going to become essential and highly advantageous for all.

Exploring the Nature of Planetary Stargates

Imagine casting a ball into a net, the net will shape around the ball. So it is with the quantum field where it “catches” a dense crystallisation such as a planet. The energetic lay lines become concentrated at certain points – geological convergence for example. These nodes offer a more direct route back to the experience of the Source and all the dimensions inbetween. If you stand in such an activated Stargate, and you’re tuning into your own consciousness, you’ll likely get a booster to your expansion. It will increase the sense of interconnectivity with the Universe and accelerate the flow of soul multidimensionally.

Stargates enable you to travel on the astral planes across the cosmos: or else for example readily access the akashic record; they’ll help you regress rapidly through ancient karma; restore damaged DNA; activate your Merkabah.

The Stargates across our planet have been purposefully retarded and constricted by an Interdimensional ET Intervention bent on controlling the vibrational state of the planet and enslaving humanity. It’s applied a variety of methods to do so, originally by the implementation of megaliyths that reverse or constrict polarity, or else in modern times, by the use of EMF technology, chemtrails and GMO for example. Just as the implementation of energetic implants into the human field is widespread, so it has also been with 4D technology implants into Gaia’s field. This has generally made the surrounding energy field stagnant, disconnecting and dense. It’s meant that humanity has been readily controllable, as we’ve recently witnessed in the bogus measures of the pandemic.

Reclaim Your Sovereignty Under the Universal Law of God

Reactivation of the Stargates Happening

Now a tremendous phenomenon is occuring. Through the elevation of Gaia’s frequency, and due to the dedicated work of sentients across the planet, the knots in the morphic field are unravelling, the ET technology is being removed and the Stargates are reactivating. That’s certainly the sense and feeling from the messages I’ve been getting through the crop circle season here in the UK during 2021. A series of interrelated crop circles seemed to be speaking of unlocking the Stargates and accelerating the energy. Check this wonderful video clip and then return to my article below…

For a more comprehensive review of the crop circle season, and how they relate to the activation of the Stargates, see: Starsouls and the Toroidal Flow

I know my sharing will already sound highly esoteric to plenty, “So what? How might it effect me and my life?” – in short, IN EVERY WAY!

How is the Reactivation of the Stargates Effecting Us?

Every reality construct is a crystallisation of the quantum field – the space-time-continuum. The intervention, especially through the measures of the pandemic, clearly have an agenda of creating a high tech synthetic reality with humanity enslaved within it. Controlling the energy fields has been a key part of that. Consciousness is dumbed down and more readily manipulated. However, as the Stargates now come more active again, infusions of galactic and solar energies increase, plus most importantly, the quantum field on our planet is now shifting back to galactic alignment. This will amplify and break apart the false constructs over time, until the intervention is stripped off the planet in its entirety.

Imagine the underlying planetary morphic field becoming more wave like, with anything that’s fixed and rigid beginning to bend and break under the rippling shifts. Doubt it’s possible? Here’s what happens simply when wind frequency meets the natural frequency of concrete…

Working with the Stargates on Retreat

Here at Openhand we’ve just completed a marvellous terrestrial retreat on the edge of Dartmoor in South West England – it’s an ancient energy site with several Stargate nodes. Sitting together in the barn studio, constructed of the same granite underlying the moor, first you could feel the blocking energy separating higher dimensional and lower from interconnecting. An ET field implant was causing me a splitting headache in the early hours of meditation. But by concentrated focus and resonating the field in different ways, with sound for example, then this technology and a particular invasive entity was removed. You could now connect the higher and lower dimensions more readily as the field opened up. 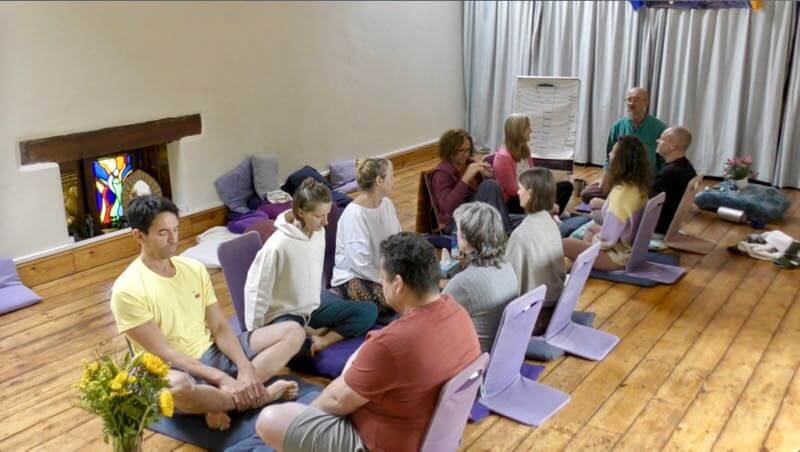 In the days that followed, particularly in the Dreamstate through the night, I could feel the energy of the studio where we were working connecting into a particular Stargate on the moor. Such that during the meditations that followed, it felt like the energy of the group was literally resonating that within the walls. It felt like the whole building was shifting in time and space. Furthermore, I could feel those waves of quantum energy beginning to connect to other energy nodes I’d recently visited in the UK and the sense that the energy was rippling to other centres even further afield on the planet.

This activated quantum rippling effect was clearly having a tremendous effect on the participants – readily activating and processing through karmic density, removing blockages and implants, bringing various dormant aspects of the soul alive. By the end of the retreat, we were simply ecstatic!

Working with Stargate energy in Your Life

It’s not all going to be plane sailing though! If you’re sentient and feeling the machinations of the field, what will most likely be happening is you’ll be feeling an impetus to change key aspects of your life: 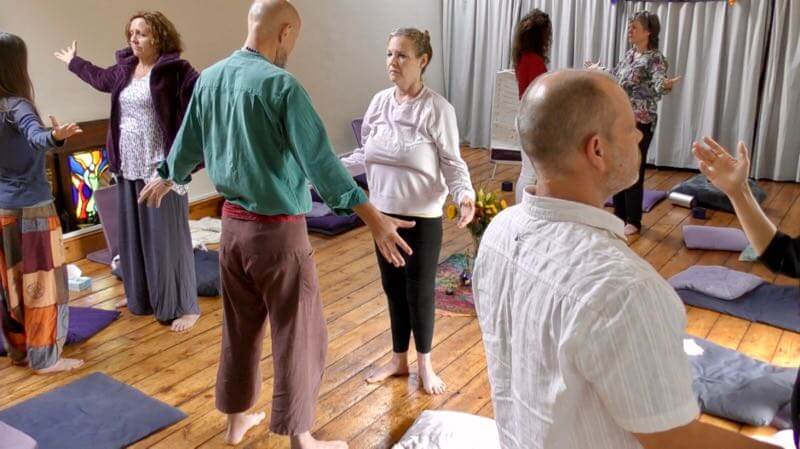 possibly changing where you live; the nature of your work; many of your relationships. It’s because the old consciousness is being challenged and broken apart in order to make way for the new infusions of light. 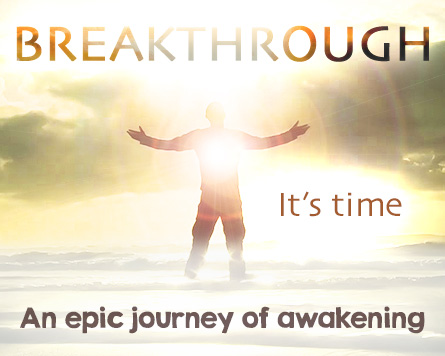 Don’t get me wrong, this is extraordinarily positive for the shift and our personal lives. Phenomenal new possibilities of creation are coming our way – to be interconnected with the Divine in all aspects of our lives. To become the co-creator of reality in a fulfilling and abundant way. But it will test you in the process – it will challenge any fears, inertia, investment or anchoring ties into the old consciousness. So you’ll need to become skilled in breaking through and letting go – finding and expressing new aspects of soul consciousness. That way you will literally channel the reactivating Stargate field positively into your life.