Prepare For Change
Home Healing An American Call to Power 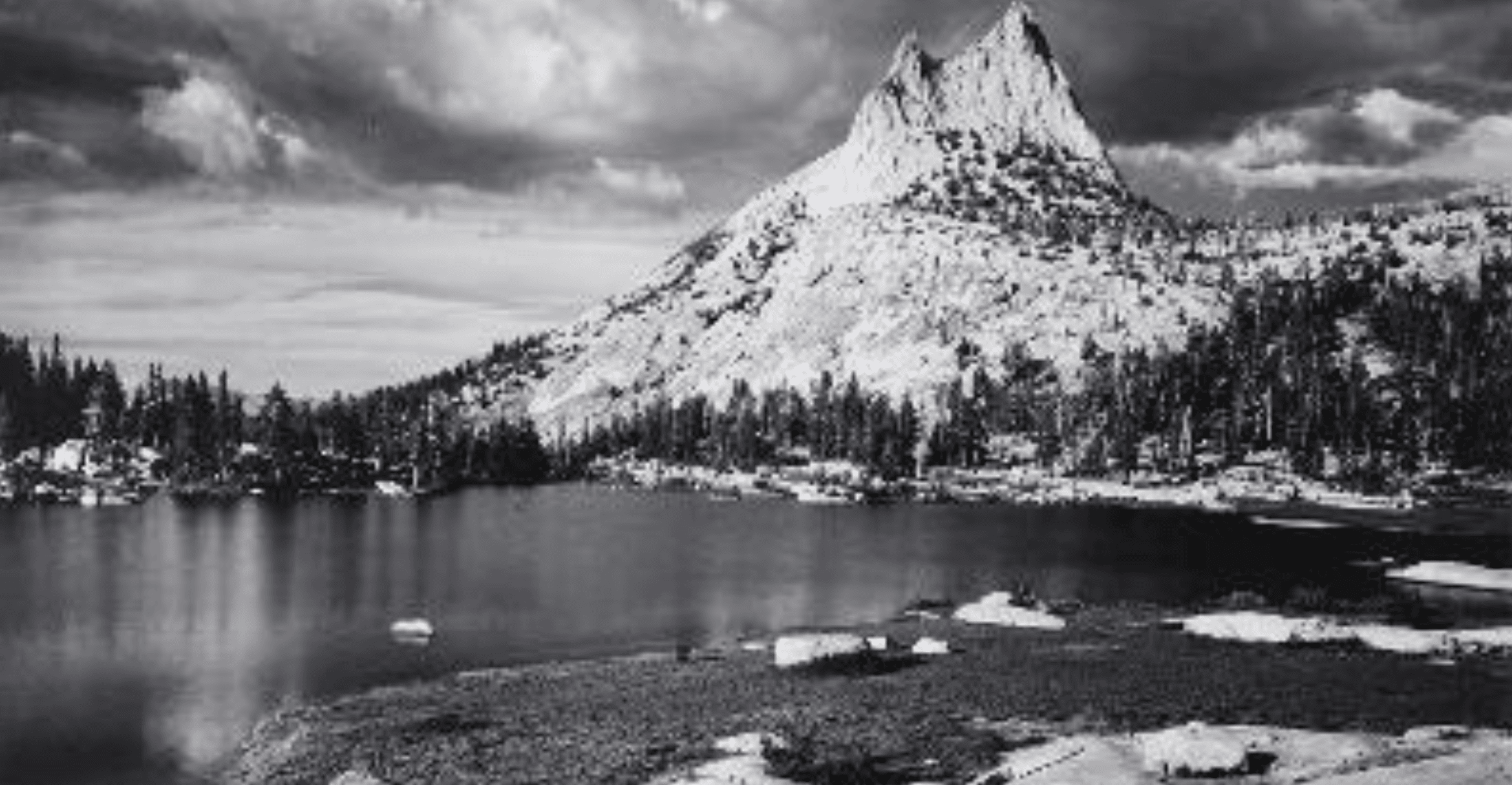 Ignore those that make you fearful and sad, that degrade you back towards disease and death.

American cultural society now exists in times of high paced change in a World in turmoil. There is a palpable, societal hum, a cultural current under America’s feet, a buzzing in the air. We know it. We feel it. We are bathed in systemic corruption, lies, and dysfunctional, insane agendas, now in plan view for all to see more than ever before. For decades we have operated our lives in a fabricated matrix of media, social, and political conditioning. Americans have been hard pressed and trapped in a dense web of social engineering so cunning, so interpenetrating, we have now been forced (and assisted) to see our very existence in a clearer way.

Having been hoodwinked and coerced so egregiously, so thoroughly, the very ground we walk on seems completely malleable to the winds and whims of corporate, financial, governmental, and economic forces. Our warm sensibilities, our tender longings, the aliveness of our dreams, have been assaulted from every angle. We, the good people of this Country, have been fed violence, fear, hatred, anxiety, terror, injustice, and ignorance. We had been laid awash with layer upon layer of high security terrorist state indoctrination.

Desensitized and fret with anxiety and estrangement, we had relinquished our Power to the few who propagate and perpetuate the insane climate in which we now find ourselves. We have been robbed of our livelihoods, our homes, our pride, and our integrity. We had been used like sterile automatons answering to omnipotent overseers who linger behind a vague veil of vile corruption.

They assume a contiguous stream of authority and power, available to them by the subjugated  American public. This has been their assumption; that Americans will, would, continue to hand over their Power to malevolent overseers.

Had we lost our identity, our dignity, our true American Spirit, we would now be virtually non-existent as a Nation of people, an American People. For True Americans, we have not allowed these travesties, we have preserved our Hearts, and have stood up straight and have preserved, indeed strengthened, our American Soul.  Yet, there is much to be done.

In knowing that We the People have the power—we are the power, the preservation of our Republic, and the freedom of our nation and the world is succinctly predicated upon the individual and national use of power; in that, the consciousness of the people.

The dark ones have strategically manipulated Americans (and the rest of the world) through age old means—and their methods offer nothing new under the sun. The have created a matrix, have weaved a dark fabric, a spellbound acculturation, passed along through each generation as a work of interminable social engineering. Through insane tyrannical leaders, historically, many nations and governments of the world have had these maniacal figures, creating a fabricated, controllable, culture and consciousness to the detriment and/or death of the people.

Power will intoxicate the best hearts, as wine the strongest heads. No man is wise enough, nor good enough, to be trusted with unlimited power.

In Robert Green’s historical volume on three thousand years of the history of Power, the author offers a thorough explication and summation of 48 Laws of Power. Greene describes many Laws of Power exemplified today:     Law 3—Conceal your intentions, “…so they cannot prepare a defense…”

Law 17—Keep others in suspended terror: Cultivate an air of unpredictability.

Law 27—Play on people’s need to believe to create a cult like following.

Law 31—Control the options: get others to play with the cards you deal.

Law 44—Disarm and infuriate with the mirror effect.

These few examples of outward manipulations of power are seen daily regarding the ongoing Covid vaccine tyranny. This power playbook is seen in America today,  planned for decades, and is the underlying fabric of the controlled and paid for MSM, the woke corporate world, the debauchery of so called social media, the socialist politic, the Covid debacle, along with the educational system, the entertainment, film, and music industries, and so called popular culture of 2021 America—all a highly tuned acculturation aimed at the destruction of American ideals, values, families and traditions. These fabrications are indeed self evident.  As an American People, we now know them well and recognize them clearly.

Power is the central and perpetual theme seen in all that is being played out now. As I write this in December 2021, the dark agenda, the dark ones, attempt to accelerate their fury and their vile plans.

In owning the real power in this country, we the American people decide how to use that power. For the dark ones, to divest our power from them, withdrawal our energy and attention, is key.

We call back our power as a people, as a Republic. We claim it, own it, and work to preserve our divine right, our self governess, and define our sovereignty. That takes power.  Turn away from their speeches, their plans, their advertisements, their broadcasts, all things they produce. Refute their claims. Ignore them. Then they have no power, as they have perceived power only to the degree that we give our power to them. You see, they have no real power, they need ours.

In his book, Power vs Force, David Hawkins, MD, Ph.D contrasts [real] power with force.  In discussing the self evident source of power, he states that power stands alone, needs nothing from outside of itself, and is total and complete. Power energizes, supports, supplies, and gives forth. Honor, faith, trust, health, life, compassion, pride, honesty, truth, are examples of self evident power. True power according to Hawkins emanates from consciousness itself—from symbols that represent great concepts of meaning and organizing principles that already exist within us. We embody them.

All power and glory lie within my harmlessness, which is of God.

My practice today will take one simple direction: I will hurt no one in my thought or in my life. Let me be honest in this and also in assessing its effects.

Power resides, reigns, and lives and breaths within us. Absent of fear, we exude power when we embody what we value most in life, what raises our mood, and tunes our body to high vibrations. Positivism, altruism, freedom, sovereignty, empathy, constructiveness, clarity, beauty, balance, acceptance, gratitude, enthusiasm, joy, excitement, adventure, generosity, integrity, persistence, purposeful productivity, forthrightness, Love,…are all just a few examples. These qualities exude Power.

When we decide each day, one day at a time, to live with Heart, see with eyes of Love, practice resilience, care, patience, tolerance, forgiveness, gratitude (create your own list), you then own your power.  As you live with strength, clarity, action—these things empower.

For the dark ones: Tune out, turn away, turn off, and ignore. Finding great humor in their ridiculous display and presumption of power, and affirming their insanity, dispels their sinister influence. What little power they believe they have will dwindle to dust.

However, withdrawing your power from them is only the beginning. Next, you must claim, learn about, and exercise the use of your own power as a steward of the planet, a parent, a patriot, a citizen and sovereign individual, a student, a family member, or a young person. Join together with others so you may empower each other. Stand for truth, faith, and country. Stand up, speak up for what is right, assert yourself, step into strength and clarity and be the warrior.

In moments of woe, or in moments of grief and dismay, the discouraged and disheartened might appeal to a Higher Power. This power is the ultimate source of good orderly direction, healing, courage, strength, inspiration and guidance, found within We the People. You are the missing Peace for which the world is waiting. You are the Love you seek; you are Love itself.

When using this power, the world around us responds, tunes-up, and a vibratory wave enfolds onto the greater consciousness field—the ocean of Life we inhabit and to which we contribute. The God spark, the Love light within each one recognizes and knows itself through authentic Love, strength, bold action, courage…given and received from one to another. We are these forms of true power.

This Christmas season, may we as a nation, as world citizens, ready ourselves for the New Earth. It is here now. Placing one’s intentions for knowing good, doing the next right thing, being guided by truth and beauty, for the natural splendor of our planet restored, for healing technologies, we then create these possibilities and rich potentials. The old earth dominated by the dark ones is dying away.  By placing our attention upon the New Earth, the restoration of our Republic, sanity, morality, Love and Honor for family, our country and for each one attuned with us, our countrymen and women, we use our Power.

This Christmas season may we look into each others eyes with gratitude and forgiveness. May we embrace and acknowledge this New Earth, and in humility, with great vigor and enthusiasm plan our role for our contributions to it.