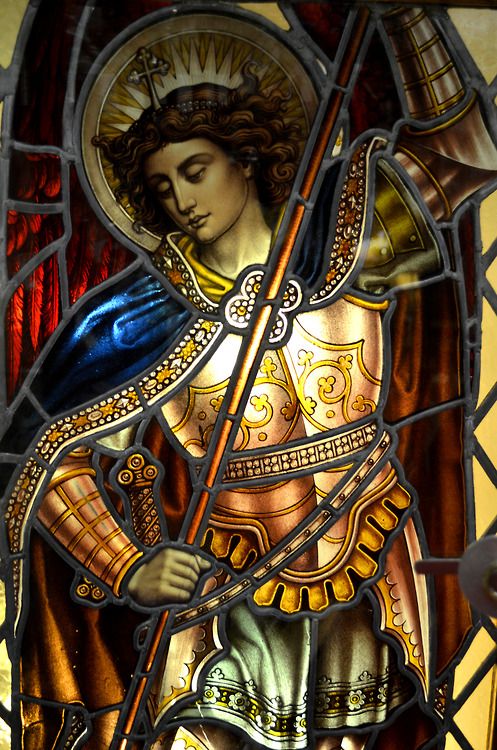 Because this post is based entirely upon information received through channeled material I am advised to ask for reader discretion.

On December 15th Archangel Michael addressed us again in ’An Hour with An Angel’. It is with great joy that I present this summary of the show with many longer quotes which I transcribed as I listened recently, please note this is not the entire transcript. The darkened passages are my interpretation of what I feel to be of importance.

Archangel Michael wishes that this message be spread far and wide in every way possible at this time. He explains that we are now at a time when we are finally aware of the truth of our role. He says that understanding our role is something that ‘comes in layers’ and that ‘there is always more’.
It’s time to celebrate that “you are embodying the fullness of who you are”. “You are not only accepting your ‘creator self’ but you are stepping into your role of bringing forth this Garden of Eden.”
He insists that we accept that this transition is not dependent on any exterior situations to do with politics, RV’s, or World Peace………

“What’s important is WILL = that depth of determination to go forth and to do YOUR bidding, no matter what.”

Michael discusses how the mayhem and chaos that we see around us at this time on Gaia is part of a process of change. He takes the time to compare this time to the birth of a child.

“Think of the death of a star with the birth of a planet – even the birth of a child or an infant, in those hours or moments when a mother is in labour – if you were to ask her through the varying emotional stages and the physical reality of pain – that would be the very definition of chaos, of pushing and feeling that you must escape – that you want this over and done with and yet at the same time this deep abiding wonder and awe and excitement and the result is the birth of the child! Out of that chaos comes new life, new existence, new reality. It will never be the same once that child that creation is brought into the world. Not only is the planet never the same the family never the same, there is new life, new existence, new script.

So what you are experiencing now is the birth and what looks like……..entire mayhem, it’s been messy and painful and really not making a lot of sense.”

He then continues to talk in very strong and clear language about the cabal and how their desires will not be fulfilled.

“I will say this repeatedly until all understand
There are those upon your planet who would like to reinvent, rebuild, reconstruct the old 3rd dimension. Now that is chaos at its finest. Let us also be clear that the vigor, the commitment to that rebuilding of the old world is as strong as it was at the initial stages of that construction, that level of desire to bring back the old is extraordinarily strong, because what they are doing in many ways is…. they want to bring back ‘the good old days’.
They were NOT good old days, it was some of the darkest periods of humanity, the last especially 100 years of human history has been violent and aggressive and cruel and controlling. The violence and chaos with which this small group wishes to reconstruct duality into the old paradigm WILL NOT BE PERMITTED. We need to be very clear about that……. We do not override free will…. But we do place people, variables in place that redirect energies.

The old 3rd is gone – it is but a memory. What you are seeing and witnessing is twofold. There are those that are playing out – finishing up those memories, and then there are those who wish to reconstruct the old……. The physical reconstruction of the old – which was never the Mothers plan for physicality or space – it will never happen.

So there is this churning energy and you can think of it as that pot on the stove boiling over with water or foam or whatever…….. What is happening – you are the creators but we are helping you as well. It is important that this pot overflows and makes a terrible mess on your stove and in your kitchen because then you are very clear about what the mess is……. It will not be a mess indefinitely and it’s going to be cleaned up and the heat is going to be turned off.

He explains that this ‘lesson’ brought into creation by these ‘players’ is not of love and it is not sustainable and is entirely an illusion. He says the reason that He is spending so much time describing this is because our role is to be the OBSERVERS of this mess but NOT TO ENGAGE in it because that is not the reality……

This is the opportunity for the entire planet to say “this is not where we choose to place our energy, or what we chose to create – this is not acceptable. We are using our creator selves in tandem with our Star Family in tandem with the spiritual realm of Ascended Beings and Archangels to step forth as the true implementers of the Mothers Plan.

This apparent chaos is nothing but a distraction…… It’s not our chaos…. Observe it – move the pot off the stove – turn off the heat. You are not going to jump into the water. …………. The slaughter that has been taking place in Aleppo is criminal and I use that word very specifically……….it is the killing of the innocent……now that is chaos and the opportunity is to say no.”

Archangel Michael makes it clear that we as Lightworkers have been saying no to this chaos and he reminds that our saying NO resounds across the planet. He says that an enormous number of Lightworkers are actually (literally) holding the hands of the ones who are departing (in this war), He explains that many Lightworkers are working with Him there and in various places around the globe. (33mins)

The guidance from the entire Co of Heaven is “do not engage in chaos – look at it and use it to create what you desire”.

AM was asked to address the current situation in the USA and this is what He had to say.

“Let us back up and say that this is a time as a Lightworker, as a creator, as a love being where you are being asked to bring the highest most refined parts of yourself to the forefront to be the observer and the participant – now hold that thought and energy in your heart”.

“The US situation is a good example of the chaos and the American people are disgusted, disheartened, disenchanted, dismayed etc. at the system. They have felt disenfranchised…………..the choice ended up being between the status quo or radical change and neither choice………without some adjustments (and we are talking about Divine adjustments here) is a viable vehicle of the creation of Nova Earth.” ….

It’s about unity and cooperation and CO-creation not merely the co-creation with Us but the co-creation with one another…. As implementers of Nova Earth while you will be sending Light and Love and creative energy into the mayhem you will also be going on a separate track and creating a world that works for everyone……. the alternate routes that you go on will gain in momentum and power …. and it will override the pettiness of that other situation.”

We might think that we are banging our head against a brick wall trying to reach the recalcitrant / reluctant people but Michael tells us that “the Mother has a million tricks up Her sleeve – literally – there is not a single minute variable that cannot (be) and is not adjusted.”

Steve asked AM if we are still going to be here a year from now talking about abundance etc.

AM laughed and said that he was trying to sneak in a question of ‘when’.

“The answer is we will not be here next year or even next month talking about this in the same context.”

Steve asked “how are we doing with disclosure and ascension”

“Everything in terms of your Galactic and Intergalactic friends, family, fleets, is in place, many are positioned upon the planet, you are all running into them daily – whether you realise it or not, most of you have your ‘ET sensors’ on (laughs) and so you are acknowledging them, so from the side of your star family all is in order and in readiness………

Your military right now is quite peace loving but your political environment is very volatile and aggressive……. we do not want to allow any form of perceived aggression to take place…… there are some roller coasters ahead in the next couple of months that will see the transfer of power of what you think of as leadership in several countries. When that has taken place and completed and it is already begun …when that is completed what you see is that there will be full disclosure.”

AM asks if we can “imagine the difference just with star technology – how so much easier human life will be in terms of living and healing and communication and travel – there is so much that your star friends are eager to share…. “(56mins).

Steve takes up how in a family if there is suddenly a new member like a cousin turning up to stay two years how the entire dynamics in the family change. AM says that “when we are having the introduction and the presence not merely the knowing (which we’ve had for some time) – the actual presence of your star family in your house and in your community – it will change everything! That is why they have been so carful – they want to be welcomed they don’t want to be excluded from the family reunion.”

Steve pointed out that when this takes place we will all rally together and drop the petty bickering that goes on and be on our best behaviour very quickly. AM says everyone will want to put on their best face.

AM reminds us that “the major ‘Event’ is inside and we tend to think of this change as an event when what it is an essential shift in the paradigm of what it means to be Gaian.”

AM tells us that we are doing well in terms of our ascension process. “Let me be clear – there is not one of you listening now or after the fact that is not 80% farther along than you were even several months ago!!

“Even in what appears to be chaos the forward trust is not lost – it is well underway my friends – Take heart!”

Here the link to the In-Light Universal show:

4 thoughts on “A Birth/Rebirth out of Mayhem ~ Archangel Michael”