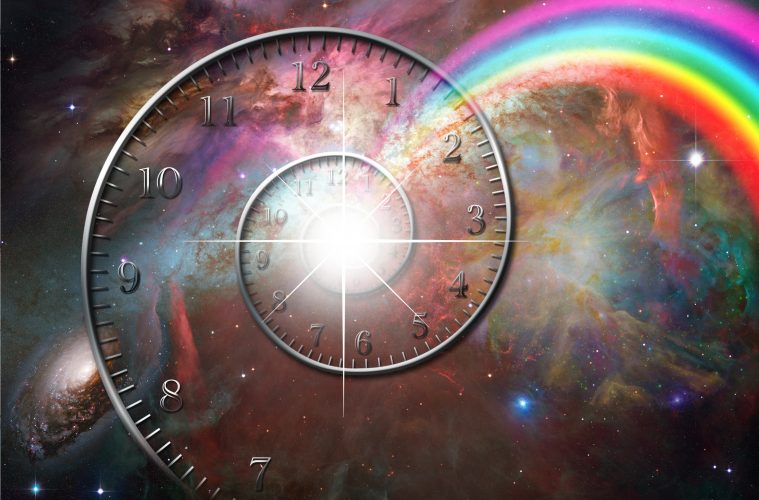 “All perceptible matter comes from a primary substance, or tenuity beyond conception, filling all space, the Akasha or luminiferous ether, which is acted upon by the life giving Prana or creative force, calling into existence, in never ending cycles, all things and phenomena.”– Nikola Tesla, Man’s Greatest Achievement, 1907Depending on the philosophy or religion cited, “Akasha” generally has the same core meaning.  It’s Sanskrit (primary sacred language of Hinduism) for “aether,” in both the elemental and metaphysical sense. The existence of this ‘substance,’ for lack of a better term, has been postulated by scientists and philosophers from ancient cultures, traditions, and faiths which date back thousands of years. The theme has been present from Eastern mysticism/philosophy all the way into the West and esoteric philosophy.

Keep in mind we are talking about Akasha here and not the Akashic Records.

“And they allowed Apollonius to ask questions; and he asked them of what they thought the cosmos was composed; but they replied; “Of elements.” “Are there then four?” he asked. “Not four,”said Larchas,  “but five.” “And how can there be a fifth,” said Apollonius, “alongside of water and air and earth and fire?” “There is the ether,” replied the other, “which we must regard as the stuff of which gods are made; for just as all mortal creatures inhale the wire, so do immortal and divine natures inhale the ether.” “Am I,” said Appollonius, “to regard the universe as a living creature?” “Yes,” said the other. – The Life of Apollonius of Tyana, Philostratus, 220AD (source)

It’s basically the basis of all things in the material world, and in various philosophies it’s considered to be the invisible driving force behind the creation of matter. According to many it’s the source of energy for material manifestation. This is intriguing, because quantum physics has been showing that human thoughts, intentions, emotions and more could have some sort of direct effect on our physical material world.  Modern day scientific theories do not recognize the real existence of Akasha, but the fact that quantum physics has shown us that space is not empty is certainly lending more credibility to this ancient concept, in my opinion.

“The aakaash is not destructible, it is the primordial absolute substratum that creates cosmic matter and hence the properties of aakaash are not found in the material properties that are in a sense relative. The aakaash is the eternally existent, superfluid reality, for which creation and destruction are inapplicable….Our eyes are blind to the reality of spirit, scientific experiments cannot detect it directly, since our experiments can detect only the material properties which are not the attributes of Akasha.” – (Idham thadhakshare parame vyoman. Parame vyoman) – Paramahamsa Tewari, Engineer, Physicist, and Inventor, “Spiritual Foundations,” www.tewari.org

The akashic record is like an immense photographic film, registering all the desires and earth experiences of our planet. Those who perceive it will see pictured thereon: The life experiences of every human being since time began, the reactions to experience of the entire animal kingdom, the aggregation of the thought-forms of a karmic nature (based on desire) of every human unit throughout time. Herein lies the great deception of the records. Only a trained occultist can distinguish between actual experience and those astral pictures created by imagination and keen desire.

— From Light of the Soul, “The Yoga Sutras of Patanjali – Book 3,” multiple sources on  Google

According to the late Edgar Cayce, the Akashic Records can be seen as the universe’s supercomputer, a central storage facility of all information for every individual who has ever lived throughout the cosmos. Apart from recording the events that occur in your life, they record every act, deed, word, thought, feeling, emotion, intent, and motive. Apparently, the records contain the entire history of every soul since the dawn of creation. (source)

They are records kept of a soul from the time it leaves its point of origin.

“The Edgar Cayce readings suggest that each of us writes the story of our lives through our thoughts, our deeds, and our interactions with the rest of creation. This information has an effect upon us in the here and now. In fact, the Akashic Records have such an impact upon our lives and the potentials and probabilities we draw toward us that any exploration of them cannot help but provide us with insights into the nature of ourselves and our relationship to the universe. There is much more to our lives, our histories, and our individual influence upon our tomorrows than we have perhaps dared to imagine. “(source)

Charles Webster Leadbeater, an influential member of the Theosophical Society and an author on occult subjects, has made similar claims, stating that the records hold the history of Atlantis and various other civilizations, including Lumeria.

H.P. Blavatsky (1831-1891), a Russian immigrant, mystic, and founder of the Theosophical Society, writes that the Akasha is “one of the cosmic principles and is a plastic matter, creative in its physical nature, immutable in its higher principles. It is the quintessence of all possible forms of energy, material, psychic, or spiritual; and contains within itself the germs of universal creation, which sprout forth under the impulse of the Divine Spirit.” (source)

Philosopher, educator, and founder of the Anthroposophical Society, Rudolf Steiner believed that humans (and himself) have the ability to perceive information beyond the material world. Please keep in mind that this isn’t a ‘pseudoscientific’ idea; for a selected list of downloadable peer-reviewed journal articles reporting studies of psychic phenomena, mostly published in the 21stcentury, you can click HERE.

Man can penetrate to the eternal origins of the things which vanish with time. A man broadens his power of cognition in this way if he is no longer limited to external evidence where knowledge of the past is concerned. Then he can see in events what is not perceptible to the senses, that part which time cannot destroy. He penetrates from transitory to non-transitory history. It is a fact that this history is written in other characters than is ordinary history. In gnosis and in theosophy it is called the “Akasha Chronicle.” . . . The one who has acquired the ability to perceive in the spiritual world comes to know past events in their eternal character. They do not stand before him like the dead testimony of history, but appear in full life. In a certain sense, what has happened takes place before him. (source)

Are The Akashic Records Real?

With the information above, I just wanted to provide a very basic and brief description of the Akashic Records. I still have a lot of research to do to further my understanding, but the essential idea has always been pretty clear to me.

So, is there any ‘proof” for the existence of the Akashic Records? Well, we are limited by modern day understandings of what qualifies as proof. Anything that cannot be perceived by our physical senses, or something that is (for most) impossible to perceive, it’s hard to validate its existence. The truth is, there is really no way to ‘prove,’ in the material way that we currently define proof, the existence of the Akashic Records, because it cannot be seen, touched, heard, or otherwise measured. But this doesn’t mean we can’t theorize, and as Albert Einstein once said, “everything you can imagine is real.”

“The day science begins to study non-physical phenomena, it will make more progress in one decade than in all the previous centuries of its existence.” – Nikola Tesla

The same can be said for consciousness, or factors that we commonly associate with consciousness; thoughts, feelings, emotions, perception, and more are directly correlated with our physical material world, and this is backed by science. This is most demostrated by the quantum double slit experiment, and the parapsychological studies that are linked in this article above. (source) You can read more about this here.

As for the nature of consciousness itself, that’s a topic for another article.

So, we do know that just because something can’t be seen, touched, heard, or measured, does not mean it can’t still have a direct effect on our physical material world. And we do know that (some) ancient philosophies and esoteric teachings have been validated by modern day science. As far as proving the existence of the Akashic Records, it doesn’t seem to be possible.

Again, one great argument for its existence is the fact that it is an ancient concept, and occult (occult means the quest for truth, unfortunately this word carries a negative connotation) authors have been writing about for years. We’ve seen other concepts, like the atom, or the energy that exists all around us, or near death experiences (NDE’s) and out of body experiences, written about in ancient times, as well as studied by modern day science, with some promising results. Ancient peoples may not have understood the ‘science’ behind the phenomena they observed, at least in the way way understand science, but their theories often prove to be correct nevertheless. Perhaps they had better methods for gaining wisdom? There are countless examples where ancient societies are concidered much more ‘advanced’ than us, but we live in a different time.

I personally do believe that there is some sort of ‘database’ out there that we are all connected to, and everything about us (physical and non physical) can be found there. But I cannot say it exists for certain, nor can I provide any proof for its existence. All I can say is that in my heart I believe it to be true. I would also like to include that I do not feel that these “records” are used for judgement in any way.

“The nature of energy is to be understood. The properties of space have to be intuitively derived from the available scientific data. We have to pick out a single elementary material particle to construct the material universe and to establish the unity of the material worlds. We need to know the attributes of the single Substance, the nonmaterial Akasha to establish the Unity behind the diverse scientific and spiritual phenomena. We need to realize the agency of Consciousness, the principle of life and death, and the intelligence of the Universe. We can certainly know these phenomena through a scientific approach but the science that shall answer the above questions shall not be the current science. It shall be a new science inclusive of a spiritual base. And that shall set the stage for a merger of science and spirituality.” — Paramahamsa Tewari, Engineer, Physicist, and Inventor, “Spiritual Foundations,” www.tewari.org

4 thoughts on “A DATABASE THAT CONTAINS A RECORD OF THE SOUL’S JOURNEY: THE AKASHIC RECORDS”