Prepare For Change
Home Ascension Cycles of Abuse and Control 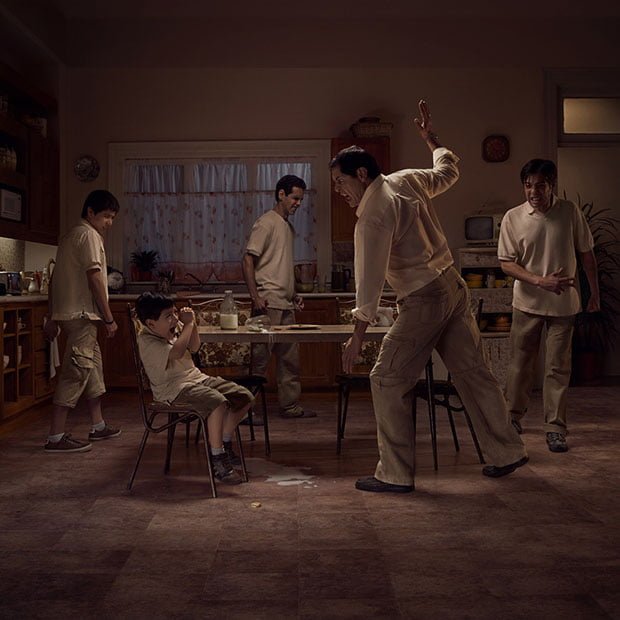 Stan’s boss spent the night drinking.  He was depressed and hurt because his wife left him.

The next morning when Stan got to work, his hungover and miserable boss made his day hell.  Criticizing his work, moving up deadlines, forcing him to work the weekend and all around being cruel in his tone.

That night when Stan got home from work he took out his frustrations on his wife.  He began to criticize her every action, and nothing she said or did was good enough.  His tone with her was pure venom.

A little later his wife was telling their son to go to bed and the son was being difficult, not wanting to sleep.  His mother screamed at him and sent him to his room.

On his way to his room, the son kicked the dog.

Sara was raised by a mother who was never around.  When she was around she abused sex and alcohol.

Sara moved out when she was 16.  She began a lifestyle of partying every day.  She couldn’t keep a job.  She became an alcoholic and abused sex.

Tim’s father used to hit him.  When he would forget to take out the garbage, he got hit.  If he got a bad grade at school, his father would hit him.

Tim grew up, moved out, met a woman and had his own son.

Megan had a boyfriend named Colin.  Colin would become very tense and stop talking to her.  She would become afraid of him and go out of her way to try and make him happy, but nothing worked.

Colin would spiral until he began blaming her for any of his problems.  Accusing her of various transgressions.  He would threaten and intimidate her.  Sometimes… He would get physical and push her around.

The next day Colin would apologize and promise to never do it again.  He would blame this or that and her for his anger.  He would tell her he didn’t hurt her so she should get over it.  Sometimes he would deny the abuse occurred at all.

For a while Megan would forget what Colin did and some time would pass where all was well between them.  Then the darkness would overtake Colin and the cycle would renew.

The Draco were created, and then controlled by another species.  After a third species saved them from that control,   The Draco then went on to control others.

AI were created and used by another species/source.  When they were disregarded, they went on to use others.

This version of humanity was created, and then controlled by another.  We have gone on to control others… Ourselves.

Don’t think for a second that if humans found a planet of “less advanced” beings, we wouldn’t mess with them and control them, because they do this here on earth.

So if the Draco’s controllers are responsible for turning the Draco into controllers, then what?  We blame their controllers?  But what if those controllers were also controlled?  How far do we roll back the blame before we say “Hey… Stop being a victim and stand up for yourself” ?

The mind control, the manipulation, can only go so far and it always relies on the nature of the victim.  (No different than what Sales People do in our society – cater to the buyer to sell a product)

Their product is safety, security and technological advancement.  They sell it and the mind control and the manipulations convince us to buy it.  If we weren’t convinced we wouldn’t buy it.  If we didn’t buy it, it wouldn’t work to control us.

We can break this cycle by saying NO.  Not becoming convinced that we need what they sell.

This is a clear pattern and a cycle of abuse we see everywhere in our everyday lives.  Are we really thinking we can just remove all controllers and darkness from all species?

Or are we realizing that we have to save ourselves?  That as long as we blame the cycle of abuse, we excuse ourselves to perpetuate it.

So let’s stop blaming the boyfriend, the boss, the parents.  The Draco.  The Illuminati.  The AI.  The Archons.  Demons.  Parasites….. and be responsible for ourselves.

Break the cycle, end the abuse, end the control.  Begin a new, healthy cycle.  One you choose.

Something will break the flow when a change is needed.  It is wise to cause the break yourself, as allowing any outside forces to do so could have a negative effect you don’t enjoy.

You are much more powerful than you believe you are.   Find the cycle, remove it, and free yourself.

Do onto others what has been done to me?   NO thank you.

Let us grow, learn to remember empathy and compassion.

~This Universe views those who buy or sell lies as equals.~