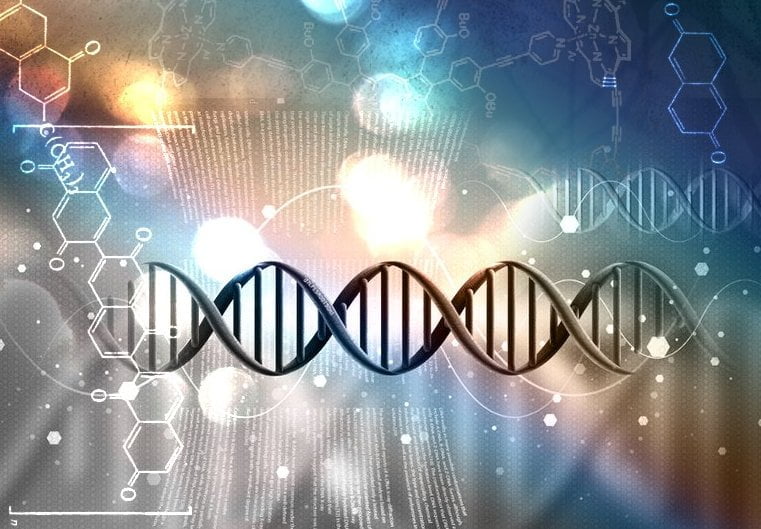 Your entire existence…all matter, all life, all experiences–everything owes its existence in the physical world to frequency. Absolutely everything is frequency. You cannot have an experience on this planet without attracting it through frequency. Every emotion, including love and hate tunes into a specific frequency.

Health has a frequency.

Your organs are each tuned to a specific frequency as is your entire body which resonates at its own frequency. You are a symphony of frequencies while you project yourself through this universe and create your physical reality. You are a master of your energy, and thus you are able to control everything you are, everything you do, everything you experience. From the day you are born until the day you die, nothing will ever change the fact that you are both a frequency emitter and receiver in flux with your internal and external environment.

DNA possesses two structural characteristics of fractal antennas, electronic conduction and self symmetry. Electrical conduction allows the movement of electrically charged particles within the body and that flow produces our life force.

Life itself as we know it is inextricably interwoven with geometric forms, from the angles of atomic bonds in the molecules of the amino acids, to the helical spirals of DNA, to the spherical prototype of the cell, to the first few cells of an organism which assume vesical, tetrahedral, and star (double) tetrahedral forms prior to the diversification of tissues for different physiological functions.

The molecules of our DNA, the cornea of our eye, snow flakes, pine cones, flower petals, diamond crystals, the branching of trees, a nautilus shell, the star we spin around, the galaxy we spiral within, the air we breathe, and all life forms as we know them emerge out of timeless geometric codes.

Our human bodies on this planet all developed with a common geometric progression from one to two to four to eight primal cells and beyond.

The universe is more than 99.999% empty space, including our own bodies. All physical things are made of atoms which are mostly empty space. If the nucleus was the size of a marble, the electrons would be specks of dust a half mile away. Every physical thing has that much empty space in it. Inside that empty space is intelligence and frequency.

Almost everywhere we look, the mineral intelligence embodied within crystalline structures follows a geometry unfaltering in its exactitude. The lattice patterns of crystals all express the principles of mathematical perfection and repetition of a fundamental essence, each with a characteristic spectrum of resonances defined by the angles, lengths and relational orientations of its atomic components.

Golden ratio of segments in 5-pointed star (pentagram) were considered sacred to plato and pythagoras in their mystery schools. Note that each larger (or smaller) section is related by the phi ratio, so that a power series of the golden ratio raised to successively higher (or lower) powers are automatically generated.

Fibonacci ratios appear in the ratio of the number of spiral arms in daisies, in the chronology of rabbit populations, in the sequence of leaf patterns as they twist around a branch, and a myriad of places in nature where self-generating patterns are in effect. The sequence is the rational progression towards the irrational number embodied in the quintessential golden ratio.

The world and the universe around us are filled with sacred geometry and the golden ratio. From seashells to the human body, from the cosmos to the atom, all forms are permeated with the shapes found in sacred geometry.While sacred geometry theories can be verified mathematically, it is also a field which holds much interest to many different religious communities who can find that it holds deep spiritual meaning for them. Scientists, archaeologists, mathematicians, and many spiritual seekers study sacred geometry as well.

The human genome is packed with at least four million gene switches that reside in bits of DNA that once were dismissed as “junk” but it turns out that so-called junk DNA plays critical roles in controlling how cells, organs and other tissues behave. The discovery, considered a major medical and scientific breakthrough, has enormous implications for human health and consciousness because many complex diseases appear to be caused by tiny changes in hundreds of gene switches.

As scientists delved into the “junk” — parts of the DNA that are not actual genes containing instructions for proteins — they discovered a complex system that controls genes. At least 80 percent of this DNA is active and needed. Another 15-17 percent has higher functions scientists are still decoding.

The natural properties of biomolecular structures enables cell components and whole cells to oscillate and interact resonantly with other cells. The cells of the body and cellular components possess the ability to function as electrical resonators.

Professor H. Frohlich has predicted that the fundamental oscillation in cell membranes occurs at frequencies of the order of 100 GHz and that biological systems possess the ability to create and utilize coherent oscillations and respond to external oscillations.

Because cell membranes are composed of dielectric materials a cell will behave as dielectric resonator and will produce an evanescent electromagnetic field in the space around itself. This field does not radiate energy but is capable of interacting with similar systems.

The applications of certain frequencies by frequency generating devices can enhance or interfere with cellular resonance and cellular metabolic and electrical functions. The changes in the degree that water is structured in a cell or in the ECM will affect the configurations and liquid crystal properties of proteins, cell membranes, organelle membranes and DNA.

, phototherapy treatments and homeopathic preparations can improve water structuring in the tissues and health when they are correctly utilized. Electricity, charge carriers and electrical properties of cells.

The cells of the body are composed of matter. Matter itself is composed of atoms, which are mixtures of negatively charged electrons, positively charged protons and electrically neutral neutrons. When an electron is forced out of its orbit around the nucleus of an atom the electron’s action is known as electricity. An electron, an atom, or a material with an excess of electrons has a negative charge.

2. Biological reactions to the earth’s geomagnetic and Schumann fields.

3. Biological reactions to hands on healing.

6. How techniques such as acupuncture, moxibustion, and laser (photonic) acupuncture can result in healing effects and movement of Chi?

11. How some individuals have the capability of feeling, interpreting and correcting alterations in another individual’s biofield.

Electric fields need to be measured not just as strong or weak, but also as low carriers or high carriers of information.

The Russian biophysicist and molecular biologist Pjotr Garjajev and his colleagues also explored the vibrational behavior of the DNA. The bottom line was: “Living chromosomes function just like solitonic/holographic computers using the endogenous DNA laser radiation.” This means that they managed for example to modulate certain frequency patterns onto a laser ray and with it influenced the DNA frequency and thus the genetic information itself.

Homeopathy is an example of use weak field with a beneficial electromagnetic effect. Examples of a thermally weak, but high informational content fields of the right frequency range are visible light and healing touch. Biological tissues have electronic components that can receive, transduce, transmit weak electronic signals that are actually below thermal noise.

Biological organisms use weak electromagnetic fields (electric and photonic) to communicate with all parts of themselves An electric field can carry information through frequency and amplitude fluctuations.

Those healthy biological organisms have coherent biofields and unhealthy organisms have field disruptions and unintegrated signals. It is said that frequency and thus vibration is the variable of dependence. The genetic wave information from DNA, recorded within the polarizations of connected photons, being quantum-nonlocal, constitutes a broadband radio wave spectrum correlated by means of polarizations with the photons.

Then, there are others who believe that we are all unique vibratory beings; that the frequencies of our organs and bodily systems may be different and are not the same.

One fact will always remain…we are all energy bounded by frequency. How we interpret ourselves and our universe is guided by the one elusive concept that scientists still find mysterious, yet intriguing. Until that day comes when more research is devoted to how frequencies affect our entire existence, the answers to those mysteries will remain unanswered.

About the Author:
Josh Richardson is blogger, healer, and a constant pursuer of the natural state of human consciousness.

3 thoughts on “Frequency, DNA, And The Human Body”