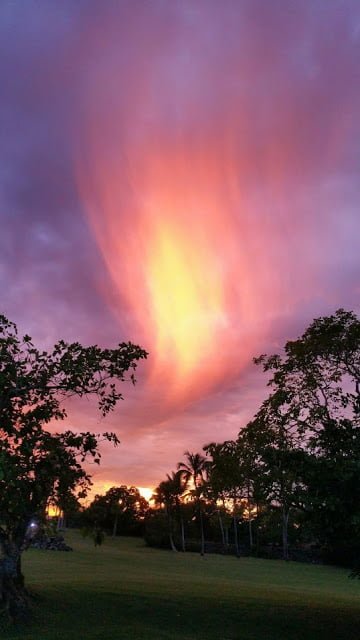 TZ here; This article is an important reminder of the enormous need there will be after The Event for compassion, forgiveness and not in least the acceptance of the many that punishment will not solve anything in the end. This article discusses a situation where 2 men have spoken derogatorily about women and the reactions in a community. When people learn about the abominable, unbelievable atrocities, abuse etc. that certain satanic groups have perpetrated on innocent babies and children, people all over this planet are going to be in such great shock and demanding justice. Cobra discussed this with Rob Potter on an interview earlier this spring where he explained that some of these people/beings will be returning to the Galactic Central Sun. Some (we must recall that some have been forced into these situations) will experience great remorse and if they are willing to go through a process of healing where they also agree to give/pay back in some way to society they can be rehabilitated. He explained that this network of pedophiles etc. is much more widespread than anyone could imagine and involves hundreds of thousands of people especially in the United States.

Here are some direct quotes from this interview on this subject;

Cobra; And I would say this will be the hardest aspect to face when the Event happens and when all of this is exposed. So whatever exposure we have right now, this is just the tip of the iceberg.

There is also a lot of disinformation about this, and I cannot confirm the PizzaGate by itself. There are other attempts of exposure of this which are much more reliable in my opinion.

But, again, this is far from all of it. There is much more which will be exposed and it will be quite shocking for most people.

Rob: At the time of the Event, will the lower level pedophiles be exposed and arrested, or will counselling be given? How will that work out?

So there will be a lot of processing going on that will be quite difficult for many people. It will take some time.

And this is, I would say, the hardest aspect of exposure ? I would not call it disclosure; I would call it exposure ? that will happen at the time of the Event.

It will be something that needs to happen for humanity to heal, We cannot heal humanity completely before this is exposed and addressed and healed.

Misogyny and the Healing of the Masculine

My new home of West Asheville is in the news. A local coffee shop, Waking Life Espresso, closed its doors after its owners Jared Rutledge and Jacob Owens were outed for hosting a misogynistic blog. In addition to repulsive and degrading comments about women and details of their supposed sexual exploits, they boasted of one or two incidents that may have crossed the line into rape.

As one would expect, the community exploded with outrage. Ample coatings of tar and feathers were applied to the two men, and many people think they will have to leave town.

I wonder, though, if there might be a better outcome. After all, their attitudes are an extreme version of a malady that afflicts many men, maybe the majority, in our society. Who among us, my brothers, has never used getting laid as a way to boost our self-esteem? I know I have ? in fact there was a time in my life when that was my primary motivation.

While I didnt publicly rate my partners or say degrading things about them, I felt uncomfortable to be seen in public with them if they didnt conform to cultural standards of attractiveness, and proud if they did. To some extent, I bought into using women as a kind of social currency.

I also used sex and the affection of a female as a way to assuage my insecurities and salve my wound of self-rejection. In other words, I think the actions of Jared and Jacob are on a continuum with my own attitudes and actions, which makes me hesitant to join the public stoning that seems to be underway.

The outcome Id like to see is healing, both of the two men and of the women and larger community that they harmed. Many of the commenters on the blog that exposed them thought that they were sorry only because they got caught. But perhaps they unconsciously wanted to get caught.

The unconscious shadow rises into our awareness for a reason ? to be faced and to be healed. Here is misogyny, previously underground, made visible to the community. The community can accept this opportunity for healing, or it can simply banish the men and pretend that the problem has gone away.

Personally, I would like to see something like a truth and reconciliation committee arise out of this incident. I would like to see the men be confronted by those they harmed, and really hear what it was like for those women, their families, and their community to be humiliated. Getting caught brings regret, but only fully feeling ones impact on another brings remorse. And from remorse, the possibility of healing arises.

Society is becoming aware of the damage that patriarchy has visited upon women, from economic oppression to domestic violence, sex trafficking, rape, and genital mutilation. But patriarchy also damages men. Many of us have grown up in a toxic cultural story of what it is to be a man. When women are turned into objects and sex is made artificially scarce (all things become scarce when subject to property thinking), then of course men will be insecure.

As with money, they will attempt to gain a semblance of security through control of scarce resources. They will feel a compulsion to dominate ? because in a world of scarcity, only the dominant experience abundance.

The life of man in patriarchy is a life of endless anxiety. Being a loser is never far away. Now you might say that this psychological suffering pales in comparison to the physical violence perpetrated on women, but consider: how much must a man be hurting, to violate and abuse the precious gift of the feminine?

Tragically, the dominating, controlling, and abusive behavior enacted by insecure, patriarchy-damaged men doesnt meet their real needs. They are diverting their need for intimacy onto sex, and their need for unconditional acceptance onto control. Therefore, no matter how much they get laid, and no matter how many women they dominate, it is never enough.

They will need always to up the dose, to push the degradation of women to new levels. And still it isnt enough.

Men like Jared and Jacob are symptoms of a much deeper malady. Shaming and punishing them addresses the symptom. Can we also address the illness that the symptom points to?

Part of that, I believe, is to transition into a new cultural narrative that defines what it is to be manly. If the old narrative was about domination, control, and emotional shutdown, what would be an alternative?

I would like to see men like Jared and Jacob be held in a circle of men that offer a story of the sacred masculine in a post-patriarchal world. In that world, a man does not dominate and abuse the feminine, but seeks to protect her, treasure her, pleasure her, be unshakable for her, make her laugh, bring gifts to her, and, as in a ballroom dance, sense where she wants to go and invite her there with clarity and confidence. He places his qualities of linearity, decisiveness, humor, calmness, solidity, directness, strength, persistence, generosity, mobility, and assertiveness in service to the dance.

I offer this as a partial description of what a sacred masculinity might be, living to varying degrees within men and women both.

How would men like Jared and Jacob act if they were immersed in a male culture that upheld that vision of masculinity? It is hard to say, since we dont yet have such a culture. However, I know that many men are striving to create it, gathering in mens groups to hold each other accountable to the values I have named.

While a time of rage is normal, perhaps even healthy, in time it passes and we naturally turn toward a desire to make the fabric of community whole again. That transition is difficult in a culture of othering that takes certain people and assigns them to the category of evil.

Any apology is interpreted as insincere, any attempt to make amends is interpreted as self-serving. The next step in the culture of othering, after the miscreant has been securely identified as a monster or a scumbag, is to degrade, humiliate, and punish that person.

Step one: dehumanize; step 2: punish. Can you see how this recipe precisely mirrors the misogyny and abuse perpetrated by the two men? Can you see the same insecurity at play, when we assure ourselves, I am better than that person. If I were in the totality of his circumstances, I would have chosen differently ? because I am just better.

Let whoever be without sin, cast the first stone.

Some readers will doubtless think that I am suggesting that Jared and Jacobs behavior go unpunished. Certainly, in the logic of punishment, they deserve to be punished. In that logic, my suggestion for an alternative process (truth & reconciliation, restorative justice, etc.) can only be categorized as excusing or tolerating their behavior.

What Im suggesting is to step outside the whole mindset of deterrence and punishment (which, by the way, is the logic of the entire prison-industrial complex and much of U.S. foreign policy). That mindset only makes sense if the terrorists, the criminals, the extremists, along with men like Jared and Jacob, are irredeemable psychopaths who will only listen to the language of force.

In a world of us versus them, punishment is the only way. Is that our vision for a more beautiful world: to purge it of evil people, so that only the pure remain? Is that our vision of a better human being, to purge ourselves of sin? It wont work. In neither case does the evil disappear. It just goes underground and pops out in a different form somewhere else, and the War on Evil never ceases.

Do we want to send these two men out of town regretful but not remorseful, bearing even more self-hatred than they had already, perhaps to act it out a bit more discreetly in another place?

Instead, we can cultivate a community that moves past the old story of judgement and punishment, that is open to the redemption of errors, and that believes in its members capacity to heal and to grow. In such a community, we can stop hiding our hurting parts, our unacceptable or ugly parts. We know we are accepted at our core.

When confronted with harm we have done, we feel safe to move through shame and experience remorse, knowing that forgiveness lies at the other side. As an imperfect human being myself, thats where I want to live. Isnt that the kind of community you want to live in too?

4 thoughts on “Misogyny and the Healing of the Masculine”