Prepare For Change
Home Consciousness Why Should I Forgive? 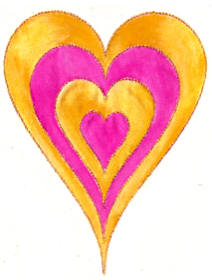 Greater Good Magazine posted this interesting discussion of what forgiveness is:

“Psychologists generally define forgiveness as a conscious, deliberate decision to release feelings of resentment or vengeance toward a person or group who has harmed you, regardless of whether they actually deserve your forgiveness.

“Just as important as defining what forgiveness is, though, is understanding what forgiveness is not. Experts who study or teach forgiveness make clear that when you forgive, you do not gloss over or deny the seriousness of an offense against you. Forgiveness does not mean forgetting, nor does it mean condoning or excusing offenses. Though forgiveness can help repair a damaged relationship, it doesn’t obligate you to reconcile with the person who harmed you, or release them from legal accountability.

“Instead, forgiveness brings the forgiver peace of mind and frees him or her from corrosive anger. While there is some debate over whether true forgiveness requires positive feelings toward the offender, experts agree that it at least involves letting go of deeply held negative feelings. In that way, it empowers you to recognize the pain you suffered without letting that pain define you, enabling you to heal and move on with your life.” (1)

I was so struck with this definition because that’s exactly how things were for me in a recent “Aha!” moment about forgiveness.

I saw that the inner penalty for being angry, besides the many outer penalties, was condemning myself to feel angry instead of, say, being open to loving.

I saw that what probably stood between me and the experience of loving was my resentment of the other, whom I was not going to forgive. No way. You bet.

This so describes what I saw and did: “The conscious, deliberate decision to release feelings of resentment or vengeance toward a person or group who has harmed you.” Why? Because “forgiveness brings the forgiver peace of mind and frees him or her from corrosive anger.”

And, as the writer adds, it was “regardless of whether they actually deserve your forgiveness.” Whether or not they deserved forgiveness was irrelevant. What was relevant was whether or not I wanted to keep subjecting myself to toxic feelings. I don’t breathe in toxic fumes. Why do I tolerate toxic feelings?

“Forgiveness brings the forgiver peace of mind and frees him or her from corrosive anger.” Exactly. When I forgave the other because I no longer wanted to experience anger and hatred, it brought peace of mind. No more toxic anger.

I don’t know why I didn’t see this several decades ago. But, like so much else, I didn’t. Is it the rising vibrations or downloads or DNA switches turned on?

To summarize my first lesson in Forgiveness 101: What motivated me to finally forgive those who I thought had harmed me was not something altruistic or noble. It didn’t turn or depend on whether they deserved forgiveness or not.

I simply refused any longer to condemn myself to the experience of anger and hatred – caused because I refused to forgive.

That doesn’t get me a college degree in Forgiveness but it’s a starting point. A beachhead of understanding has been established. Let’s fan out from here.

(1) “What is Forgiveness?” Greater Good Magazine, at https://greatergood.berkeley.edu/forgiveness/definition

Why Should I Forgive?