Prepare For Change
Home Allied Light Forces Open Letter To The Resistance: Why Lightworkers Attack Each Other 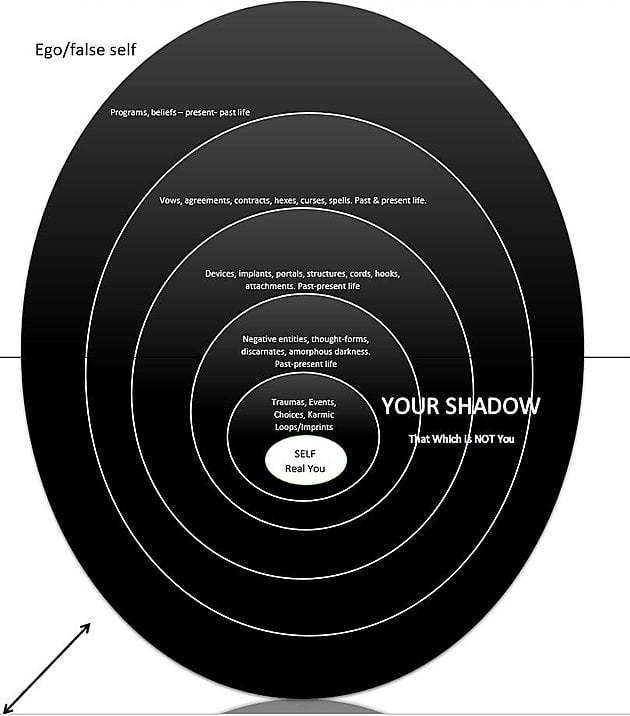 By The Unknown Lightwarrior,

Quick update & preface: No show this week. Too much happening with the 144k Campaign & the – Piercing The Veil – Through the Global Leyline Tachyon Chamber Project. But I’ll be back next week, with a VERY special guest. For now … make sure you read this BREAKTHROUGH article that’s being communicated to our galactic family. It was AWESOME therapy for one lady who proof-read it … so it may well have the same affect on you.

Unlike my previous articles, this one will be short … partly because of the urgent need for the Resistance, all other off-world groups & ET souls incarnated here for the first time … to receive this intel that is proving hard for them to truly ‘absorb’ … process … & thus understand at the real-world practical level … about the real reasons why surface Lightworkers attack each other.

Henceforth in this article … I’ll be speaking to all off-world groups, not only the Resistance Movement.

Reason #1: Most of us are just a few lifetimes away from going dark.

As an off-worlder … you’ll know that the Archons, were once Angels.

You know that interaction with things like the Primary Anomaly … being trapped in linear time (without getting out soon enough) … endless wounding down to soul level … along with the compounding perversion of consciousness … easily overcomes a great being of Light if they are not retrieved out of such a realm soon enough.

This is something you are aware of intellectually … but it is hard for you to truly synthesize this information in a way that actually answers the question of why Lightworkers attack each other in the context of working & fighting together for planetary liberation, without having actually experienced several lifetimes here yourself …

This article will allow you to finally truly understand this. Or as we on the surface put it … To really ‘get it’.

Because how can any Lightworker attack another, when working and fighting side-by-side?

It goes against everything we’re striving for…

So what I need to do is explain to you … as an off-worlder … the technical mechanisms of how insanity works.

I will not only explain why Lightworkers attack each other in the context of fighting side-by-side against tyranny … but I will also explain why all positive groups such as the Freemasons … Templars … Christians … and all the orders we all know about that started off on the positive path from their pre-ancient mystery school roots … turned into mechanisms of tyranny.

Let’s begin … with me introducing you to the average surface Lightworker….taking a deeper look beyond the public facade of ‘love & light’ … best intentions … and smiles.

Simply replace the words “Self, Real You” in the middle with “True Self of the Lightworker” …

Now imagine this chart above, as only one layer (of what’s inside a Lightworker), representing only one negative period or event … in only one lifetime. Then imagine having quite literally 5-12 layers of these per lifetime.

Then multiply all these layers by the thousands of life-times Lightworkers that have been stuck on the surface since Atlantis, have lived.

Because the majority of Lightworkers have been here since Atlantis, so we’re talking 11,000 to 25,000 years worth of lifetimes.

That’s a lot of lifetimes!

How Darkness uses this to cause attacks.

So think of each one of those words listed in the chart, as a gap, or conduit … darkness ‘accesses us’ at levels well beneath the threshold of our conscious awareness.

Again … this is stuff you already know, but because you … as an off-worlder …

You CAN’T understand it … until you experience it HERE … and for that long.

Lets get specific, with a fairly typical example.

Two Lightworkers are talking about a project or mission. From the space of no time (outside of linear time) a negative entity (often many) scan & find a profound wound within one Lightworker. The same entity or group of entities then manipulate the other Lightworker’s consciousness to perceive something or say something through their wounding/conduit … that’s deliberately (by darkness) the worst possible thing they could have said in front of the other Lightworker … and BOOM …

… then in a premeditated way (by darkness) the Lightworker who just had the energetic red hot iron jabbed into their unresolved wounding, inevitably goes ungrounded, reactive & can’t even have time to notice this because they’ve just been struck hard … then gets manipulated by this same darkness to say the worse thing they possibly could have said in front of the other Lightworker the original significant strike came through …

… and it compounds (in terms of negative charge) again.

Now you’ve got yourself a FIGHT.

Mind you … they were having to focus & concentrate on the work at hand and on working with each other … all the while darkness has all the time in the world to orchestrate this very deliberately (because they’re outside of linear time) and strike from below the consciousness level & psychic visual awareness of the two Lightworkers trying to concentrate on lightwork.

So try working as a Lightworker for 11 to 25,000+ years under this kind of typical condition.

… you’re dealing with phenomena that doesn’t – and can’t – make any sense … ever.

And any psychiatrists or evolved enough spiritualists will tell you … you can’t reason with CRAZY.

Now you know what sort of a fight you have on your hands.

Now you know what sort of fight WE have on our hands.

For you … after a day of hard work fighting darkness, you get to retire to a 5 star resort & sleeping quarters on board some ship.

We get to go to our bedroom that we have to work hard just to pay the rent for, and have darkness as our constant companion.

We have the charming honor of fighting (oops, sorry … ‘working’) all over again on the non-physical planes during our sleep state.

You have the very best technologies to heal yourself with, when required …

We have to wait & save up for technologies only a fraction as good as what you have access to.

Try living under such conditions for 11,000 to 25,000 years … and we’ll see how easy it is for you to keep calm next time darkness jabs real hard on an unresolved wounding through what another Lightworker says or does, below the level of their conscious awareness.

The accurate physical analogy of all this is … if darkness manipulated me through my conduits to hold a red hot piece of iron to your skin … would you keep calm & refrain from taking a punch at me?

That’s what happens to our emotional bodies, when darkness works through one Lightworker for the deliberate purpose of attacking another, to break up the network & camaraderie.

Do you understand now?

Passing the critical mass of ‘Internal Conduits’, that causes once great beings of Light to go dark … or be greatly puppeteered by darkness.

Remember … this is the same thing that caused once great Archangels … to go completely dark.

These were GREAT Beings of Light!

Greater than what we or you are – as far as I’m concerned … and they deserve true & special honor (for what they once were)!

The simple message under this sub-headline is … the more layers of conduits (see the above chart) you sustain … the more your inner light gets covered over or overwhelmed by the darkness within your energy system, and thus … you start to channel more darkness, and less light … beneath the level of your conscious awareness.

And we’ve ALL been there … and guilty of it to varying degrees, depending on how many layers of conduits we have … how long we’ve been stuck on this planet for … and of course, how successful we’ve been in the internal clearing & healing work.

Approximately 90% to 98% of surface Lightworkers are either rendered harmless (from darkness’s perspective) … or forced to devote all their time & energy to self-healing … with about 2% active & functional enough to have any impact.

This is why ET souls started incarnating here after WWII en masse, because the vast majority of Lightworkers who’ve been here since Atlantis (this still makes up the majority of surface Lightworkers) … were & are … largely taken out.

The result of being stuck here since Atlantis

Below is another visual demonstration that helps explain what precipitates Lightworkers attacking each other. I’m using such visuals because verbal communications have such severe limitations when one tries to express oneself to another person … let alone to an off-worlder.

The true state of surface Lightworkers. The result of being trapped here & fighting (oops, sorry … transmuting) darkness in all its forms & expressions since Atlantis … WITHOUT A BREAK.

And I haven’t even started on all the external interference!

I’m not even going to touch this whole topic at the moment … that’s the other big reason why Lightworkers “attack each other”… which will take up a whole other article … because this article has gone on for longer than I wanted, and I’ve promised my surface audience to keep my articles shorter, :- /

I’ll just say, all the affects you’ve read so far resulting from the internal state of each Lightworker … DOUBLE it … and you have the external (the Veil, Archon Grid, etc) affect too.

Enough said … (as the saying goes)!

So I’ll just finish with this.

I really hope you’re better able to understand now, why Lightworkers “attack each other”, without having experienced what it’s actually like to be here for yourselves.

We promise … our functionality & full potential impact on planetary liberation efforts WILL RISE, through projects like the 144,000 Activation Campaign!

The host of Ground Crew Command Radio & organizer of the 144,000 Activation Campaign is The Unknown Lightwarrior: a member of a powerful team of Lightwarriors & Lightworkers who either remotely or in person, clear & restore to the Light; natural and man made power centers, vortexes, portals, ley-lines, control rooms, sacred geometry and all darkness obstacles on the etheric, astral, and plasma planes… to put you, me and the whole planet on the fastest timeline to the Event. To learn about their Global Leylines (Piercing The Veil) Tachyon Chamber project, and/or the Re-Activation of the 144,000 Campaign, or to access powerful healing (down to soul level) … clearing … energy surgery … DNA Activation & psychic help, with Macro Level Light Beings to return to your power … go to: https://www.returntoyourtruth.com

… hit the Share button below first. This must go viral.