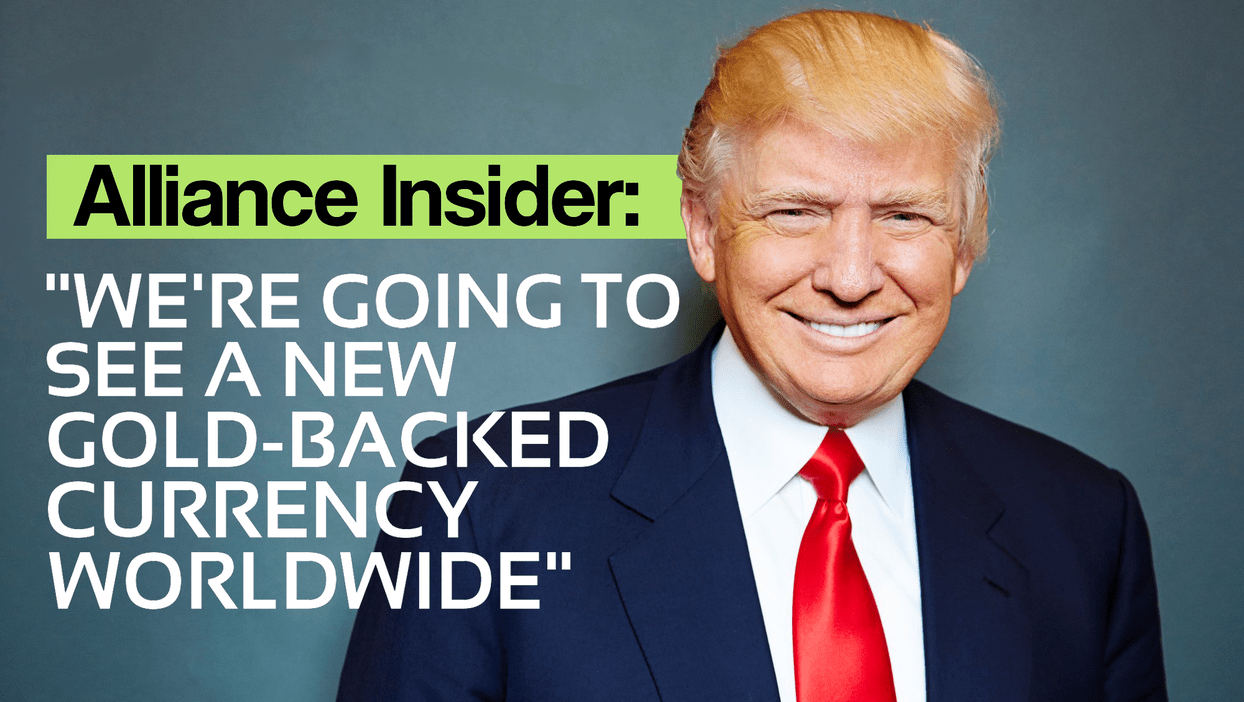 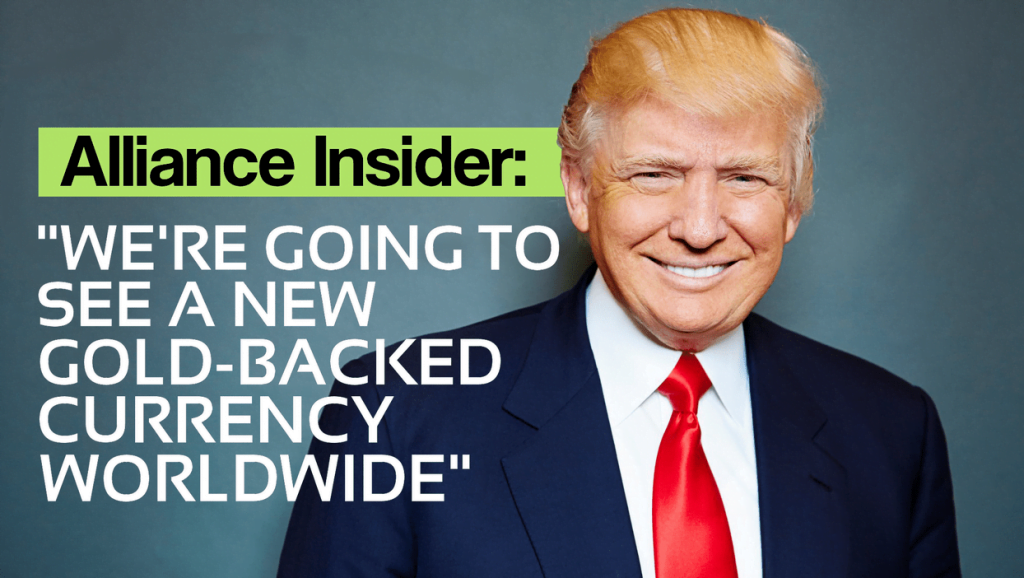 From this point forward, I will be referring to my anonymous source as Arthur. I have chosen this pseudonym from the legend of King Arthur and the Knights of the Round Table. I’ve done this because of my source’s involvement in the Alliance. I feel that the Round Table, which has no specific leader, is a fitting metaphor for the Alliance because King Arthur’s court was said to be comprised of many prominent warriors.

I just wanted to clear up some confusion. The last time we spoke, I thought you said not to listen to Q-Anon, and then I got the follow up from you saying to check him out, so I think there was some miscommunication.

Arthur: Here’s how we do it. Listen to everything, believe nothing. I believe nothing of what I hear, half of what I see, and 75% of history. History is never told as truth. Reality is never in print. Evidentiary facts are never brought forth.

What’s going on is a game of intelligence. I think we have an alliance already with China, Russia, and a few other partners, England now being one of them because of Teresa May. Because of Merkel, we haven’t got one with Germany. We’ve got one with some Saudis and maybe some Egyptians.

We’re putting together a coalition. There’s a chance we’re going to see a new gold-backed currency worldwide to get rid of the United States Treasury and Federal Reserve. When Kennedy tried to do that, he had a bad day in Dallas.

And there is so much disinformation that’s out there, even within the alternative news movement, even within the conspiracy circles. I think there has been a lot of infiltration. There’s a lot of speculation as to whether Q is legitimate or whether it is psyop disinformation. I think he’s made some pretty compelling predictions, like the other day he predicted the failed terrorist attack in NYC.

Arthur: There’s so much stuff going on on the web that they are using algorithms now to sort out what is truth and what isn’t. They’re looking for the number of hits, the number of preponderances, the number of possibilities, and the calculated possibility of something happening because of exposure, effect, influence, and political pushback.

Right now, ISIS is wiped the fuck out. They don’t have a chunk of land to stand on, so they are going to push back everywhere and every way they can.

If you employ someone without a green card, you go to prison for a year and pay a $10,000 fine. If you see a lobbyist, you can shoot him. And if you’re in politics as a job for more than 8 years, you can be put in prison. And like that, America turns back over to the public from the Cabal.

You mentioned Kennedy, and I don’t think Kennedy realized what he was up against, he didn’t have the help of the internet, and he didn’t start by draining the swamp before pushing certain changes through. Let’s hope that the swamp is sufficiently drained this time around.

Arthur: Think about this as a possibility. There is a list of 6,782 Illuminati members – and this list was given to the black ops, Seal teams, Black Water, snipers, and all paramilitary personnel – so that if anything happened to Trump, we can go hunting and get them all.

These 6,782 individuals are the top Satanic child rapists, human sacrificers, and banksters involved in all sorts of crimes from embezzlement to staging false flag events, right?

I actually wrote about that on my website a while back.

If you had a $10 bill in your hand, would you make a small wager that Q is legit or not? What do you think?

Arthur: To bet? I don’t care. It’s just another source. You measure it’s credibility by how often it is right over an extended period of time.

You have to measure everything. There is no fact, no truth, no lock on truth, because everything changes and everything is liquid.

I don’t care one way or the other because I’m doing so much research and have so many other sources, but I’m sure there are a lot of people on the internet who would like a definite answer.

Arthur: Look, as for Q, it’s not even worth our time talking about it.

Let me get your take on one more thing. What are your thoughts on Artificial Intelligence right now?

Arthur: Artificial Intelligence, the kind humans created on Earth, has been around since 1980.

Look, we have “things” that have fallen down in our backyard. And we’ve reverse engineered a lot of things. There are three generations of electronics that you’ve never even seen yet.

The technology that was around in 1970, that you haven’t seen and don’t know about, the shit going on at 51, 52, Wright-Patterson, and Rome, NY, people are clueless.

The things that are out in the public domain, the technologies that most of us have access to, are easily 1,000 years behind what’s in these black projects.

Arthur: In 1970, on a foggy day, you take out a pack of Camel cigarettes in London, they can read the manufacturer code, the dots on the cellophane, from a satellite.

Satellites are traveling all over. There’s a radioactive jet, what’s going on there? They can triangulate it within a foot of where it is.

Maybe you’ve heard something similar, but what I’ve heard is they have the ability to pick up frequencies that are emitted every time a scientist turns on a free energy device. They can triangulate it, swoop in, silence everyone how ever they choose to, dismantle it, and squirrel it away in the belly of some patent office so the technology never gets out to the public, never saves billions of lives, and never threatens the establishment.

Arthur: Here’s what I know for an evidentiary fact. They do not want individual freedom, happiness, and health. They want you to be dead, or worse. They want you to be their slave and they will do anything they can to control you, from exploiting human frailty to using disinformation.

Worry about your soul, your ass, your food, and your bank account and let the rest of the shit go. You can’t get finite information on what is going on in Antarctica, what’s going on on Mars, are we on Mars already, have we got an installation on the moon, you can’t get that information and you’re never going to until it all comes out.

I think one thing is clear, one thing we can agree on is that 2018 is going to be very, very interesting.

Arthur: “It’s going to be another year. We could get hit by an asteroid. Yosemite could blow. Half of the continent could get wiped out. Tectonic plates could shift. They could come in from one of any other of the billions of galaxies surrounding us. Maybe our universe is all contained within an atom of a table leg in an extraterrestrial’s house.

What you can know is very, very limited. What you need to know is very finite. Start with that.“