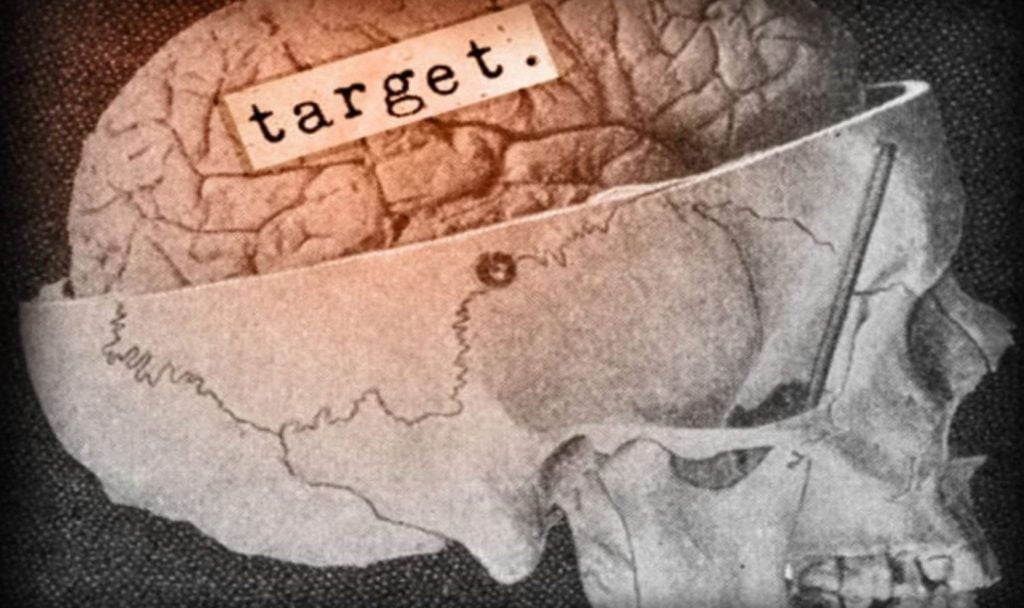 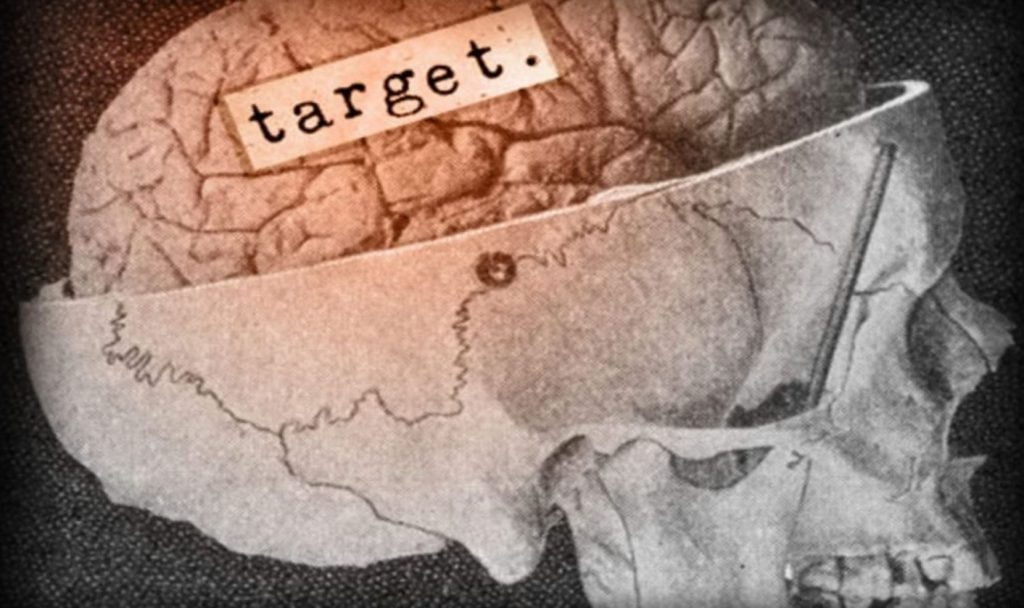 Back in the early 1990s, I interviewed John Marks, author of Search for the Manchurian Candidate. This was the book (1979) that helped expose the existence and range of the infamous CIA MKULTRA program.

Marks related the following facts to me. He had originally filed many Freedom of Information (FOIA) requests for documents connected to the CIA’s mind-control program. He got nothing back.

Finally, as if to play a joke on him, someone at the CIA sent Marks 10 boxes of financial and accounting records. The attitude was, “Here, see what you can do with this.”

I’ve seen some of those records. They’re very boring reading.

But Marks went through them, and lo and behold, he found he could piece together MKULTRA projects, based on the funding data.

Eventually, he assembled enough information to begin naming names. He conducted interviews. The shape of MKULTRA swam into view. And so he wrote his book, Search for the Manchurian Candidate.

He told me that three important books had been written about MKULTRA, and they all stemmed from those 10 boxes of CIA financial records. There was his own book; Operation Mind Control by Walter Bowart; and The Mind Manipulators by Alan Scheflin and Edward Opton.

After publishing his book, Marks continued to press the CIA for more MKULTRA information. He explained to me what then happened. A CIA official told him the following: in 1962, after ten years of mind-control experiments, the whole program had been shifted over to another internal CIA department, the Office of Research and Development (ORD).

The ORD had a hundred boxes of information on their MKULTRA work, and there was no way under the sun, Marks was told, he was ever going to get his hands on any of that. It was over. It didn’t matter how many FOIA requests Marks filed. He was done. The door was shut. Goodbye.

The CIA went darker than it ever had before. No leaks of any kind would be permitted.

In case there is any doubt about it, the idea of relying on the CIA to admit what it has done in the mind-control area, what it is doing, and what it will do should be put to bed by John Mark’s statements. The CIA always has been, and will continue to be, a rogue agency.

To give you an idea of how far the CIA, the US military, and its allied academics will go in MKULTRA “research,” here is what I wrote in 1995 about several human experiments. My information was based on the three key books I mentioned above, as well as Martin Lee’s classic, Acid Dreams:

“Dr. Robert Heath of Tulane University, as early as 1955, working for the Army, gave patients LSD while he had electrodes implanted deep inside their brains.”

“In the mid-1950’s, Paul Hoch, M.D., a man who would become Commissioner of Mental Hygiene for the State of New York, then a laborer in the field for the CIA, gave a ‘pseudoneurotic schizophrenic’ patient mescaline. The patient had a heaven-and-hell journey on the compound. But Hoch followed this up with a transorbital leucotomy [aka lobotomy]… Hoch also gave a patient LSD, and a local anesthetic, and then proceeded to remove pieces of his cerebral cortex, asking at various moments whether the patient’s perceptions were changing.”

People need to understand how the history of mind control and psychiatry are interwoven, and how the madmen and murderers within these “professions” are content to use torture “in the name of science.”

From a naturalnews.com article by the heroic whistleblower, psychiatrist Dr. Peter Breggin (“Never again! The real history of psychiatry”), we get insight into one aspect of that history.

Breggin: “[Before World War 2, in America], organized psychiatry had been sterilizing tens of thousands of Americans. For a time in California, you couldn’t be discharged from a state hospital unless you were sterilized. In Virginia the retarded were targeted. American advocates of sterilization went to Berlin to help the Nazis plan their sterilization program. These Americans reassured the Germans that they would meet no opposition from America in sterilizing their mentally and physically ‘unfit’ citizens.”

“While the murder of mental patients was going full swing in Germany, knowledgeable American psychiatrists and neurologists didn’t want to be left out. In 1942, the American Psychiatric Association held a debate about whether to sterilize or to murder low IQ ‘retarded’ children when they reached the age of five. Those were the only two alternatives in the debate: sterilization or death.”

“After the debate, the official journal of the American Psychiatric Association published an editorial in which it chose sides in favor of murder (“Euthanasia” in the American Journal of Psychiatry, 1942, volume 99, pp. 141-143). It said psychiatrists would have to muster their psychological skills to keep parents from feeling guilty about agreeing to have their children killed.”

The psychiatrists who later went to work for the CIA, in the MKULTRA program, were devoid of conscience. Any experiment was a good experiment. Human beings were “useful subjects.”

Here is an MKULTRA sub-project you may not have heard of. I wrote about it several years ago—

Some would say the 1940s and 50s were the most vibrant and innovative period in the history of American jazz.

During those years, it was common knowledge that musicians who were busted for drug use were shipped, or volunteered to go, to Lexington, Kentucky. Lex was the first Narcotics Farm and US Health Dept. drug treatment hospital in the US.

It was supposed to be a rehab center. A place for drying out.

But it was something else too. Lex was used by the CIA as one of its MKULTRA centers for experimentation on inmates.

The doctor in charge of this mind control program was Harris Isbell. Isbell was, at the same time, a member of the FDA’s Advisory Committee on the Abuse of Depressant and Stimulant Drugs.

Isbell gave LSD and other psychedelics to inmates at Lex.

At Sandoz labs in Switzerland, Dr. Albert Hofmann, the discoverer of LSD, also synthesized psilocybin from magic mushrooms. The CIA got some of this new synthetic from Hofmann and gave it to Isbell so he could try it out on inmates at Lex.

Isbell worked at Lex from the 1940s through 1963. It is reported that in one experiment, Isbell gave LSD to 7 inmates for 77 consecutive days. At 4 times the normal dosage. That is a chemical hammer of incredible proportions.

To induce inmates to join these MKULTRA drug experiments, they were offered the drug of their choice, which in many cases was heroin. So at a facility dedicated to drying out and rehabbing addicts, the addicts were subjected to MKULTRA experiments and THEN a re-establishment of their former habit.

Apparently, as many as 800 different drugs were sent to Isbell by the CIA or CIA allies to use on patients at Lex. Two of the allies? The US Navy and the US National Institute of Mental Health—proof that MKULTRA extended beyond the CIA.

In another MKULTRA experiment at Lex, nine men were strapped down on tables. They were injected with psilocybin. Bright lights were beamed at their eyes—a typical mind control component.

During Isbell’s tenure, no one knows how many separate experiments he ran on the inmates.

As I say, Lex was the main stop for drying out for NY jazz musicians. How many of them were taken into these MKULTRA programs?

As Martin Lee explains in his book, Acid Dreams, “It became an open secret…that if the [heroin] supply got tight [on the street], you could always commit yourself to Lexington, where heroin and morphine were doled out as payment if you volunteered for Isbell’s whacky drug experiments. (Small wonder Lexington had a return rate of 90%.)”

“Gottlieb also funded the experiments of Dr. Harris Isbell. Isbell ran the Center for Addiction Research in Lexington, Kentucky. Passing through Isbell’s center was a captive group of human guinea pigs in the form of a steady stream of black heroin addicts. More than 800 different chemical compounds were shipped from Gottlieb to Lexington for testing on Isbell’s patients.”

“Perhaps the most infamous experiment came when Isbell gave LSD to seven black men for seventy-seven straight days. Isbell’s research notes indicates that he gave the men ‘quadruple’ the ‘normal’ dosages. The doctor marveled at the men’s apparent tolerance to these remarkable amounts of LSD. Isbell wrote in his notes that ‘this type of behavior is to be expected in patients of this type’.”

“In other Gottlieb-funded experiment at the Center, Isbell had nine black males strapped to tables, injected them with psylocybin, inserted rectal thermometers, had lights shown in their eyes to measure pupil dilation and had their joints whacked to test neural reactions.”

If you think these experiments were so extreme they bear no resemblance to modern psychiatry, think again. Thorazine, the first so-called anti-psychotic drug, was researched on the basis of its ability to make humans profoundly quiescent and passive. Electroshock and lobotomy are straight-out torture techniques that also destroy parts of the brain. SSRI antidepressants increase violent behavior, including homicide. Among its many documented effects, Ritalin can induce hallucinations and paranoia.

Well, all these effects are part and parcel of the original (and ongoing) MKULTRA.

But now the whole population, via psychiatry, is included in the experiment.

Which is one reason why the right to refuse medication must be protected and expanded.

The author of an explosive collection, THE MATRIX REVEALED, Jon was a candidate for a US Congressional seat in the 29th District of California. Nominated for a Pulitzer Prize, he has worked as an investigative reporter for 30 years, writing articles on politics, medicine, and health for CBS Healthwatch, LA Weekly, Spin Magazine, Stern, and other newspapers and magazines in the US and Europe. Jon has delivered lectures and seminars on global politics, health, logic, and creative power to audiences around the world. You can sign up for his free emails at www.nomorefakenews.com