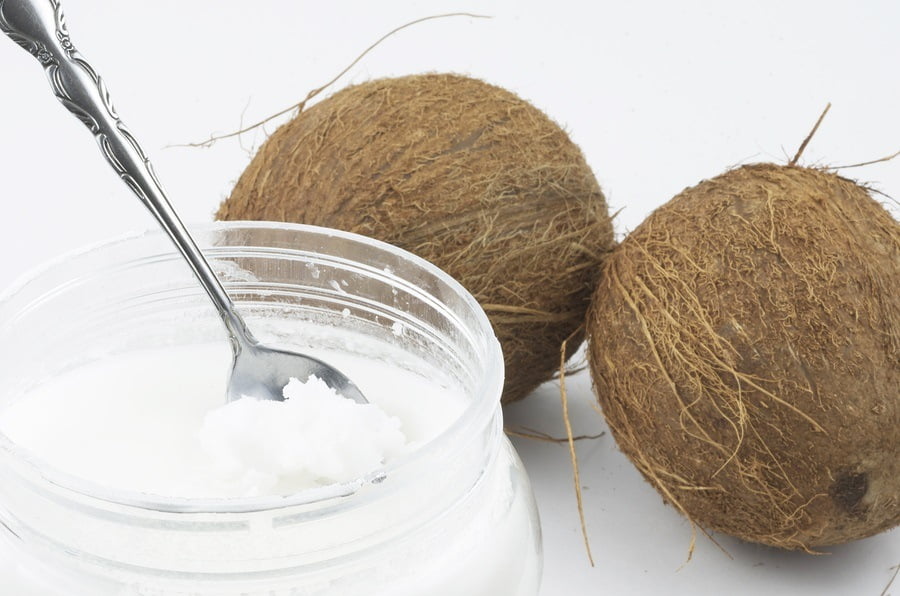 Last month (May, 2018) I wrote about a new study published in Iran that looked at the “neuroprotective effects” effects of virgin coconut oil for Alzheimer’s patients.

While we have been publishing reports of coconut oil reversing the symptoms of Alzheimer’s Disease and other neurological diseases for several years now, we believe this was the first peer-reviewed study to actually look at some of the mechanisms of how coconut oil benefits Alzheimer’s patients.

Now, a second peer-reviewed study has been published here in 2018 looking at the mechanisms of how coconut oil positively affects Alzheimer’s patients.

Published in the journal Neurochemical Research, researchers in Japan examined the effects of lauric acid, the most predominant medium chain fatty acid found in coconut oil, on activated microglia in mice.

Coconut oil is nature’s richest source of lauric acid at about 50% of its composition, and human breast milk comes in a distant second at around 6% lauric acid.

The title of the study is Lauric Acid Alleviates Neuroinflammatory Responses by Activated Microglia: Involvement of the GPR40-Dependent Pathway.

In the present study, we examined the effects of lauric acid (LA), a major constituent of CNO, on microglia activated experimentally by lipopolysaccharide (LPS), using primary cultured rat microglia and the mouse microglial cell line, BV-2.

Microglia are a type of neuronal support cells (neuroglia) occurring in the central nervous system of invertebrates and vertebrates that functions primarily as an immune cell. As the name microglia suggests, these cells are small—the smallest of all the neuroglia.

For many years the function of microglia was apparently unclear. However, today it is known that these cells mediate immune responses in the central nervous system by acting as macrophages, clearing cellular debris and dead neurons from nervous tissue through the process of phagocytosis (cell eating). (Source.)

According to the study abstract, their results were very positive, showing that lauric acid can reverse neuronal damage in Alzheimer’s patients who consume coconut oil:

LA-induced suppression of NO production was partially but significantly reversed in the presence of GW1100, an antagonist of G protein-coupled receptor (GPR) 40, which is an LA receptor on the plasma membrane. LA also decreased LPS-induced phagocytosis, which was completely reversed by co-treatment with GW1100.

Moreover, LA alleviated amyloid-β-induced enhancement of phagocytosis. These results suggest that attenuation of microglial activation by LA may occur via the GPR40-dependent pathway.

Such effects of LA may reduce glial activation and the subsequent neuronal damage in AD patients who consume CNO.

The fact that this study only looked at coconut oil’s most predominant medium chain fatty acid, lauric acid, is very significant.

Today you can find “MCT Oil” on the market, and it is even sometimes marketed as “liquid coconut oil.”

However, what many consumers may not be aware of, is that these oils contain little to no lauric acid.

Lauric acid is the most studied component of coconut oil, and it is about 50% of its composition. It is highly valued as an anti-microbial component of many products, from food preservation to nutriceutical products, and the fatty acids left over after extracting the lauric acid is usually packaged and marketed as “MCT Oil” or “Liquid Coconut Oil.” 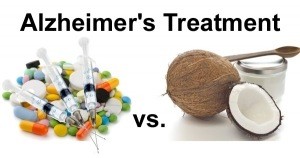 Senior Americans represent one of the largest markets for pharmaceutical drugs. The best-selling class of drugs all-time are cholesterol-lowering statin drugs, in spite of the fact that there is no solid evidence that these drugs prolong lifespans, and they have very dangerous side effects. In fact, studies prove the opposite: people with higher cholesterol levels tend to live longer.

Today, one out of very five Americans over the age of 55 is currently taking a cholesterol-lowering statin drug.

With the rapidly rising rates of Alzheimer’s Disease and other neurological diseases related to dementia, the pharmaceutical industry has been trying to develop an Alzheimer’s drug or vaccine to cash in on this market.

However, most of these drugs designed to treat Alzheimer’s have never made it out of the trial phase, because they don’t work.

The main reason is quite easy to understand: the drug manufacturers and researchers are starting with a false premise as to what causes Alzheimer’s. Like most drug research and development today, the focus is on genetics, with very little care given to lifestyle and environmental causes. And while 25% of our body’s cholesterol is located in our brains, looking at the possible connection between cholesterol-lowering drugs and Alzheimer’s is not even going to be considered for political and monetary reasons.

The lipid theory of heart disease, which (wrongly) blames saturated fats and high levels of cholesterol for heart disease, cannot be abandoned or admitted to be false, because the pharmaceutical industry and the U.S. government is too heavily invested in the theory to both sell pharmaceutical drugs (mainly statins to lower cholesterol) and dominate world-wide edible oil markets with cheap, polyunsaturated vegetable oils produced from U.S. subsidized crops like soybeans and corn.

Therefore, official USDA nutritional advice must continue the cholesterol myth and condemn saturated fats, which effectively makes it illegal in the United States to label coconut oil as “healthy.” See:

War on Coconut Oil: California Companies Attacked to try and Prevent the Sale of Coconut Oil

To admit that a saturated fat like coconut oil, which also increases cholesterol levels with a very favorable HDL to LDL ratio, is not only healthy, but also reverses neurological diseases like Alzheimer’s, would result in many lawsuits and a huge loss in revenue for Big Pharma and Big Processed Food corporations, which for many years have wrongly condemned saturated fats as leading to high cholesterol levels and heart disease.

So, it is not surprising that the research studying coconut oil and Alzheimer’s is being primarily done outside the United States.

As the original source for publishing the truth about coconut oil since 2001, we will continue to publish research and expose the corruption and censorship in the United States regarding healthy, natural, and effective remedies like coconut oil, as long as we can continue to exercise our First Amendment rights to publish such truth.