Prepare For Change
Home Agartha This Ancient Hindu Temple Was Carved (Not Built) Out of a Single... 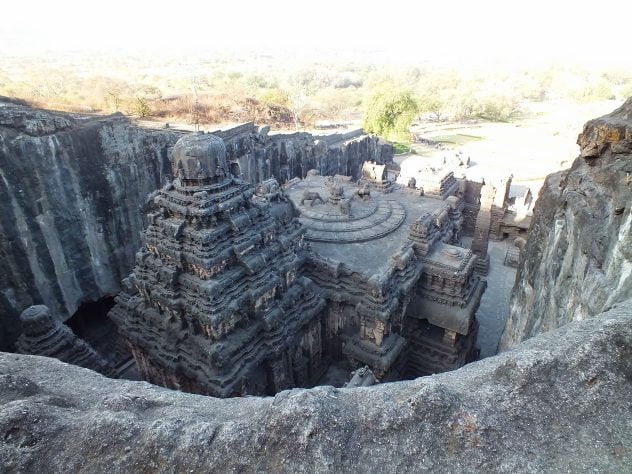 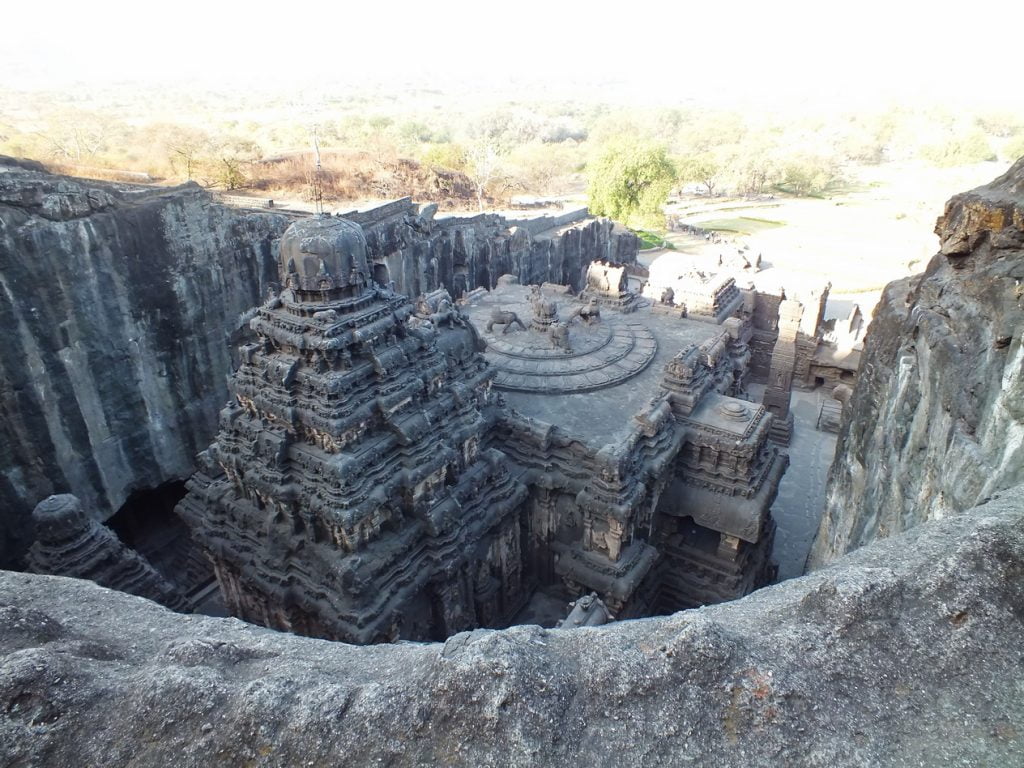 This magnificent temple, located in Ellora, Maharashtra, India, the temple itself is known as The Kailasa Temple. Some refer to it as the Kailasanatha temple.

There’s a temple in India that’ll give you goosebumps. Not because it’s haunted or scary, but because its design and construction are beyond anything we thought humans were capable of.

The Temple itself was carved into the mountain, 164 feet deep, 109 feet wide, and 98 feet high. This means that the Kailasa Temple is one of the biggest monolithic structures on the planet, carved out of a single rock.

This magnificent temple, located in Ellora, Maharashtra, India, the temple itself is known as The Kailasa Temple. Some refer to it as the Kailasanatha temple.

The temple is dedicated to Hindu worship and was commissioned by King Krishna I of the Rashtrakuta dynasty in ancient India.

Rightfully, the Kailasa Temple is considered one of the most remarkable cave temples ever built in India because of its size, architecture and sculptural treatment.

The Kailasanatha temple is part of 32 cave temples and monasteries which are collectively referred to as the Ellora Caves. The Kailasa Temple occupies cave 16.Their construction is generally acknowledged as having started during the eighth century.

And while many scholars are convinced that the construction is attributed to the Rashtrakuta king Krishna I, based on the multiple distinct architectural and sculptural layouts, combined with its massive size, and peculiar design, some scholars argue that its construction spanned the reigns of multiple kings.

The temple looks totally bada**. In fact, this is one of my favorite temples in India. It looks impressive, it looks different, and it looks majestic.

The most notable feature of the Kailasa Temple is ‘Vertical Excavation.’

When the temple was built, its carvers started at the top of the mountain and excavated downward. As explained by Rajan, K.V. Soundara, in the book Rock–cut Temple Styles, traditional methods were precisely followed by the master architect of the project, and could not have been achieved if its builders excavated the temple out of the front.

This fact makes the Kailasa unique and different from other temples.

An ancient legend speaks of the construction of the Kailasa Temple. According to Katha-Kalpataru by Krishna Yajnavalki (c. 1470-1535 CE), the local king had suffered from a terrible disease. His wife, the queen, decides to pray to the God Shiva, to cure her husband.

The queen promised to build a temple if her wish was granted and promised to observe a fast until she could see the shikhara (top) of this temple.

Eventually, the king was cured, and the queen requested for the temple to be built immediately.

However, each and every architect who was introduced to the project explained that it would take months to build a temple complete with a shikhara (top).

Then, one architect called Kokasa explained to the King and Queen that they would see the shikhara of a temple within a week’s time.

Eventually, Kokasa started but using a different technique. Instead of carving from the side, he went for the top, and excavated the mountaintop vertically, from the top. Eventually, within a week, he finished the shikhara allowing the queen to conclude her fast.

One of the most notorious elements of the Kailsaaa temple depicts Ravana shaking the Kailasa mountain. The sculpture is recognized as one of the finest pieces of Hindu art, and it is possible that the temple came to be known as Kailasa after it.

Some authors argue that the temple was completed in eighteen years’ time.

More than 400,000 tons of rock were removed from the mountain.

It is estimated that around 60 tons of rock were removed each day during the temple’s initial construction phase.

It is believed that the builders worked for more than twelve hours a day, hauling around 5 tons of rock (average) out from the mountain each hour.

And while we do know how the temple was planned and most likely how it was completed, we still don’t exactly know how the designers, architects, and builders managed to achieve all of this with relatively limited technology available to them at that time.

As I’ve written in previous articles, it seems very plausible that whoever built these fascinating caves thousands of years ago surely had more than just ordinary hammers, chisels, and picks.