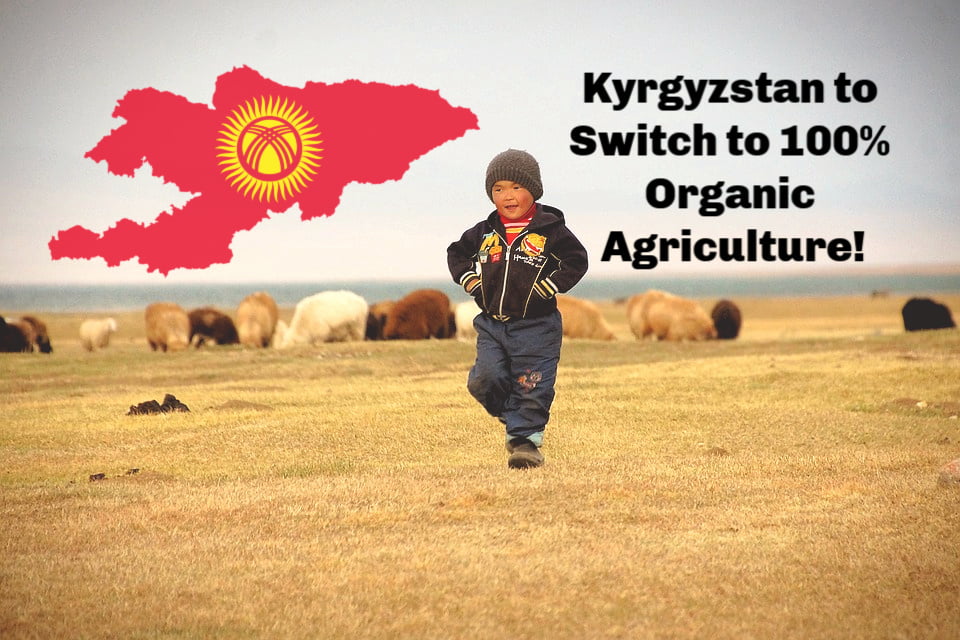 Kyrgyzstan Parliament just announced its 10-year plan to phase out all non-organic farming and switch to 100 percent organic agriculture. The country that relies heavily on its agriculture has put the final nail in the coffin of Big GMO.

Dastanbek Djumabekov, the Chairman of the Jogorku Kenesh (Kyrgyzstan’s Parliament), has directed the government to implement the 100% organic agricultural plan over the next 10 years. The country plans to only use natural fertilizers in the future.

Kyrgyzstan is only the second country in the entire world to implement a 100% organic agriculture plan. Bhutan is the first, more on that in a second. Additionally, Kyrgyzstan virtually kicked all GMOs to the curb in 2014 – keep reading.

Living in an Organic Paradise

Remember when organic food wasn’t differentiated by the special term “organic”? Remember when it was just called “food”? That’s what Kyrgyzstan is trying to achieve. An organic farming paradise that is actually just a reprisal of traditional farming and nutritional food.

The Central Asian country, nestled in between China and Kazakhstan, is encased by mountainous terrain and is apart of the historic Silk Road. The agricultural sector is one of the largest economic sectors for Kyrgyzstan and makes up around 40% of its 6 million population.

In fact, a lot of the farms have already been growing fruits and vegetables without chemicals, so why not make it official?

Speaker of the Parliament Dastanbek Dzhumabekov sent a corresponding instruction to the government. It states that the production of agricultural products throughout the country should become organic within ten years.

Implementation of Krygyzstan’s 100% organic agriculture plan was entrusted to the Committee on Agrarian Policy, Water Resources, Ecology and Regional Development of the Parliament.

Earlier, MP Kenzhebek Bokoev said that the specialists of the Ministry of Agriculture should work better, and recommended to help farmers in Talas region with the sale of beans, to hold a campaign in the region about the benefits of this product.

The parliament members blamed the Ministry of Agriculture for the fact that there were still no so-called organic farms in the republic where fruit and vegetables were grown without chemicals.

News of the organic farming campaign could possibly be a sign of the government’s increased concern over health. Coincidentally, the government just announced a plan to put scary, graphic images on alcohol bottles in an effort to curb over-drinking. 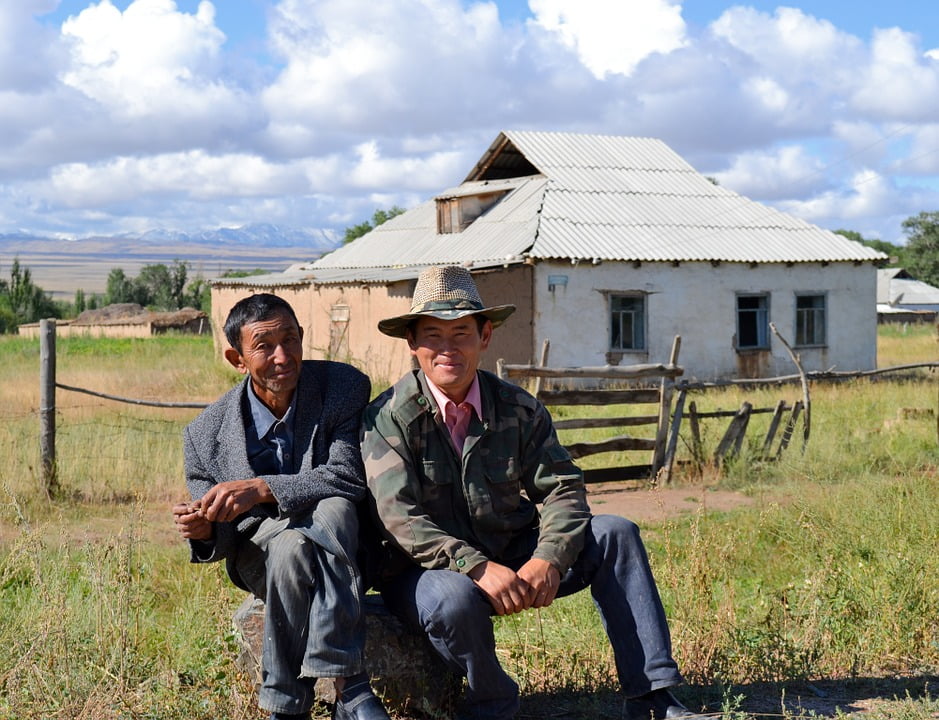 Kyrgyzstan Kicked GMOs Out in 2014

Back in 2014, Kyrgyzstan became one of the first countries to banish all GMO products. That is, the country banned genetically engineered crops and also the import and sale of all GMO foods.

Sustainable Pulse reported at the time:

The Kyrgyz Members of Parliament approved the third reading of the bill ‘On the prohibition of cultivation, production, import and sale in Kyrgyzstan of products containing GMOs’.

It was reported that following the adoption of the law there is set to be a GMO testing laboratory built before 2015, where not only food coming from abroad, but also food grown in the country will be checked for GMO contamination. The Ministry of Economy noted that to prohibit the importation of GMO products on the ground will be difficult but possible.

Since then, however, the country laxed on its GMO contamination inspection, but only a little.

In 2014 Kyrgyzstan also became one of the first countries in the world to ban the cultivation of GM Crops alongside the import and sale of all GMO products. This ban was later changed to allow for low levels of GMO contamination (0.9%) in imports.

Bhutan was the first country in the world to begin implementing a 100% organic agriculture plan. And it may be fully implemented by 2020!

Dr. Appachanda Thimmaiah, associate professor of sustainable living at Maharishi University of Management in Iowa, served as the organic agriculture consultant to Bhutan from 2008 to 2013. He is the reason Bhutan is nearly finished with their 5-year 100% organic plan. Note: the country already utilizes natural and local food but chemicals and industrialization started creeping in during the 1980s. Yet, it looks like they are making a remarkable conversion to organic.

His secret is the utilization of cows and cow urine. When asked about potential criticism of keeping cows and the whole methane release, he replied:

We are talking about the small cows, not the high-yielding milking cows which are fed with grains and genetically modified crops and stuff like that.

We are talking about small, miniature cows which are designed by nature to consume the locally available fodder and convert that to a very nutrient-rich manure. You don’t need a large dairy for organic farming. You just need one cow which is sufficient for 25 to 30 acres.

Incidentally, Bhutan is considered one of the happiest nations in the world according to the Gross National Happiness scale. 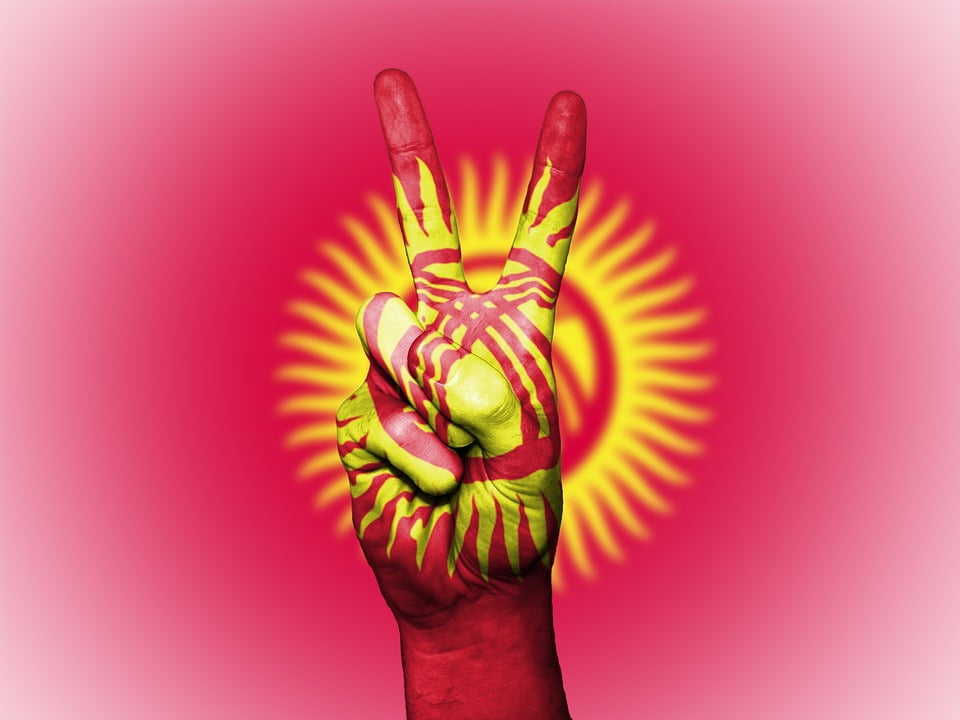 If they can make the switch to organic, why can’t we?

Russia, seated above Kazakhstan which is the country bordering Kyrgyzstan to the north, is known for its local and organic dacha gardens that can feed communities with the most fresh, nutrition imaginable. Neither Russia nor Syria have embraced genetically engineered crops. Russia has responded to Western food sanctions by becoming more independent with its country’s agriculture. Even China is starting to encourage “tenant gardens” for residents of apartment complexes.

If Russia, war-torn Syria, Bhutan, and Kyrgyzstan can hang on to organic crops, then why can’t the Western world allow organic crops to thrive?

Because there are too many corporate and entangled interests involved. Yet, we can see that other countries are feeding their nations with homegrown organic and perhaps doing so without some of the price manipulation that goes on in the U.S. economy.

With more support from the U.S. government perhaps through parity farming, and continued consumer demand, we may see more organic crops in America’s future. We applaud the recent developments in Kyrgyzstan with their concrete plan to create a 100 percent organic agriculture to support their nation.

This article (Kyrgyzstan to Switch to 100% Organic Agriculture) was created by and appeared first at Natural Blaze. It can be reshared with attribution but MUST include link to homepage, bio, intact links and this message.

Heather Callaghan helps people emotionally heal by using metaphors. She’s a consultant, independent researcher/writer, speaker and food & health freedom advocate. She is the Editor and co-founder of NaturalBlaze as well as a certified Self-Referencing IITM Practitioner. She has written over 1,200 articles and wants readers to empower themselves to take back their health!