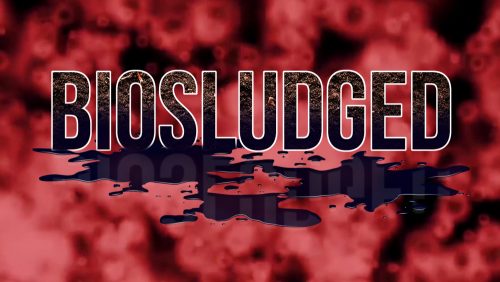 When the experts congregate to discuss the topic of biosolids safety, one major issue that’s rarely, if ever, brought to the table is the propensity for concentrated sewage sludge – which is what biosolids are, by the way – to become contaminated with radioactive isotopes.

During an exclusive, behind-the-scenes interview with the Brighteon Films team, Texas resident and biosolids expert Craig Monk addressed this very real threat, particularly as it pertains to hospitals and medical facilities where radioactive waste is commonly flushed down the toilet.

Whether directly for disposal purposes or through human waste, radioactive byproducts are prevalent in many sewer systems as a result – though nothing is currently being done to address the problem. As far as we know, radioactive biosolids are routinely being dumped all across American farms, and neither the U.S. Environmental Protection Agency (EPA), or any other government authority, is taking notice.

“There are radioactive isotopes in sewage sludge,” Monk revealed during his interview, which you can watch below in its entirety at Brighteon.com.

“If you think about it, when we say ‘medical waste,’ we’re talking about everything flushed down the toilet at a hospital. There are radioactive isotopes that are injected into patients, and your body disposes of them through urine and feces.”

Monk isn’t the only one warning about the dangers of radioactive biosolids. Back in 2011, Robert K. Bastian from the EPA’s Office of Wastewater Management gave a presentationin which he revealed that biosolids are a common source of radioactive waste.

Some of the examples he presented included medical isotopes released into sewer systems at patients’ homes; naturally occurring radioactive materials such as radium and uranium that seep into community water supplies; and runoff of “global radioactive fallout” into storm sewers.

All of the above, and more, routinely introduce radioactive materials into municipal wastewater treatment systems, which currently lack the technology to remove them from the “treated” final product – meaning the end product more than likely contains dangerous levels of radioactive isotopes.

“The fact that this radioactive sludge waste is dumped on farms across America should be more than alarming to America’s food consumers,” warned Mike Adams, aka the Health Ranger, food science pioneer and author of Food Forensics. “This means millions of Americans are consuming foods that are grown in radioactive waste. It sounds like a dystopian science fiction film, but it happens to accurately describe the state of the food farming industry in America today.”

For more news about biosolids, be sure to check out Biosolids.news.

A comprehensive study published in the Journal of Environmental Quality back in 2005 further elucidates the threat of radiation in EPA-approved biosolids.

This paper admits that radioactive materials “are an ever-present component of the natural environment,” and that publicly owned wastewater treatment plants “can receive naturally occurring radioactive material (NORM) or man-made radionuclides from many sources.”

While the researchers involved with uncovering these and other dirty details behind radioactive biosolids claim that concentrations aren’t high enough to cause a public health threat, they simultaneously admit that there “are no specific federal regulations that limit the levels of radioactive material in sewage sludge.”

“The solids-associated radionuclides can be even further concentrated in the ash produced by sewage sludge incineration,” the paper further admits, revealing that concentrated sewage sludge likely contains more radiation than even the raw sewage waste that’s flushed into wastewater treatment plants.

This and more is covered in-depth in the new Brighteon Films documentary Biosludged, which you can watch the official trailer for at Brighteon.com.

You can also watch Biosludged in its entirety for FREE at Biosludged.com.

To keep up with the latest groundbreaking content from Brighteon Films, be sure to visit BrighteonFilms.com.