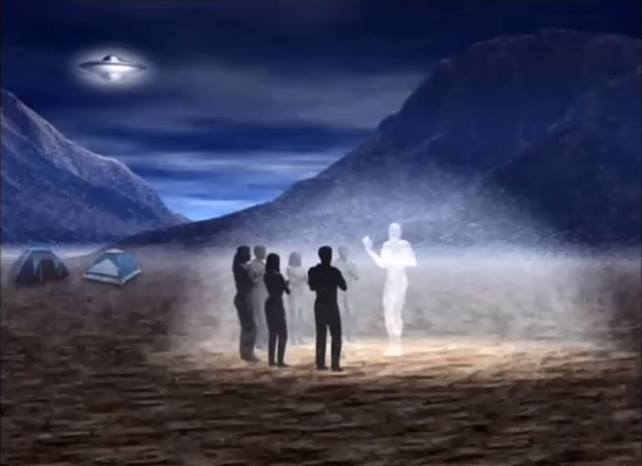 There has been a consortium of beings contacting us lately from 13th dimensional beings on down. Most contacts are with the 7D, 6D, and 5D beings. Pleiadians, Orion Council of Light, Arcturians, Andromedans and Sirians.

They are deeply concerned with the direction of Humanity and the Earth and are now activating the ground crew, those who incarnated for these times. It is said for these times, God/Creator/Great Spirit has given its best.

This process is also extremely agitating the lower realms, those in the lower 4D and those in 3D who have aligned with the darker forces. The draconian or archon grid is dismantling. It is the grid of tyranny, self-serving narcissists who lust for power, wealth and longevity at any expense.

Whatever is out of alignment with Universal Law will be transformed or dismantled altogether. This is not wishful thinking this was written about in Becoming Gods as far back as 1982.

The Beautiful many Masters, Saints and Sages, Galactic Federation, the white hats, Qanon are real. The Creator God of this Universe has said, “It is finished”. One only has to monitor the Electromagnetic Light Spectrum if they need proof.

Our Solar System is moving into a Highly Energized place in Space. It is a natural cycle. We have to rise to the occasion.

A plan is unfolding No man/woman can stop. Neither can the unseen negative entities stop this awakening try as they might, and they have, will be unsuccessful. There is so much being done in the unseen on a positive level which unfortunately most cannot comprehend.

It is all about the process of Creation and Manifestation. Everything begins in Consciousness, lowered into Light, then Energy followed by Mass. In other words, everything you think is real is nothing more than condensed Consciousness Light and Energy.

There has been a lot of miscreation out of alignment with Universal Law. This is being cleaned up from the top down. The lower 4D is being cleared out along with those who have aligned with and build their kingdoms in 3D at the expense of Humanity and the Earth.

Their institutions designed to control and enslave the masses are also being dismantled. If there was a true audit of the trillions of dollars taken from the masses and dispensed to the global elite a revolution would soon follow.

Thus, the white hats, yellow vests and entire countries are rising up. There is a failsafe mechanism in the Soul. When things hit a certain level of suppression it activates and there has been a Global Activation.

When these stolen assets return back to the people it will jumpstart Heaven on Earth. Power will be returned to the people. Fueless energy, anti-counter gravity, suppressed cures, energy medicine has been released.

As this moves into the mainstream it will aide in the transition. The empires and methods of suppression by the war and disease profiteers will come to and end. The tyrant’s government of choice is Socialism and those calling for it are backed by the Global Elite.

Wolves in sheep’s clothing. Lasting change for the better will not come through them only ever increasing dependencies until the collapse.

Tyrants come in many flavors. Know your history, giving away your power and money to centralized government has always failed followed by genocide, the enslavement and death of billions.

Beware of those in ignorance and knowingness that will promise you everything as in the beginning of the reign of genocidal tyrants in the past. Let’s Not repeat that experiment.

Legislating prosperity for the poor by taking away from those who are prosperous has never worked. A change in Consciousness is the answer. Yes there is a gross uneven dispersal of wealth by lesser evolved Souls.

This will end as a byproduct of the influx of higher and consciousness along with with the actions of those aligned with it.

Again all actions that have capitalized at the expense of Humanity and the Earth, those out of alignment with Universal Law will have a reaction. “What good is it to gain all the material wealth of the world and lose your Soul”.

The Soulless will NOT make this shift. Service to others and directing energies and assets to the Awakening and Healing of Humanity and the Earth will be mandatory to avoid the karmic consequences.

The insatiable lust for power and wealth, the unbridled greed of the tyrants will No longer be fashionable or accepted.

The Satanic, child sacrificing pedophiles replete throughout the global elite, politicians, religious institutions, movie and music industries will be dealt with very severely.

A lot of Healing in necessary with all genders. This clean up includes the corporate sponsored mainstream media which has unfortunately brainwashed the masses through their own emotions and unresolved issues.

Those who lack inner sensitivity and critical thinking have fallen victim to the division game. If you want to know who they are they are the ones screaming the loudest against the white hats.

Your duly elected President although not perfect is a white hat along with the majority of the military. He is a necessary warrior, a brilliant strategist and despite the 93% negative press filed with meritless accusations has a 52% approval rating.

Has anyone asked why spiritually and technologically advanced off world Ships follow Air Force 1? Fox News filmed it.

There is going to be a great unraveling in belief and structure. Many will drop to their knees when they find out the majority of what they have been told has been a lie and their icons turn out to be subhuman.

This covers all institutions. What their icon portray is polar opposite to their actions. Some of their behavior though being dealt with will not be made public. Some will silently disappear into an orange suit in a undisclosed location.

Through time all will be made known. This is unfortunately due to a large portion of ignorant masses lacking critical thinking and refusing to acknowledge their emotions and unhealed past has been used against them.

The race, gender, religion division cards have been well played. Eventually people will be judged by their character and actions. All gender, religious and cultural divisions will fall away to the Truth we are all Souls, all Family coming from the same SOURCE. The meat suit is just a transitory vehicle.

Be patient, Trust there is a Plan, the Awakening and Healing of Humanity and the Earth is in Godly hands. Know that you are Greatly Loved, take some time to reevaluate your beliefs and actions.

Your tomorrow depends on it. The lack is manufactured, the fear and the separation game in an illusion, time to stand in your Divinity.