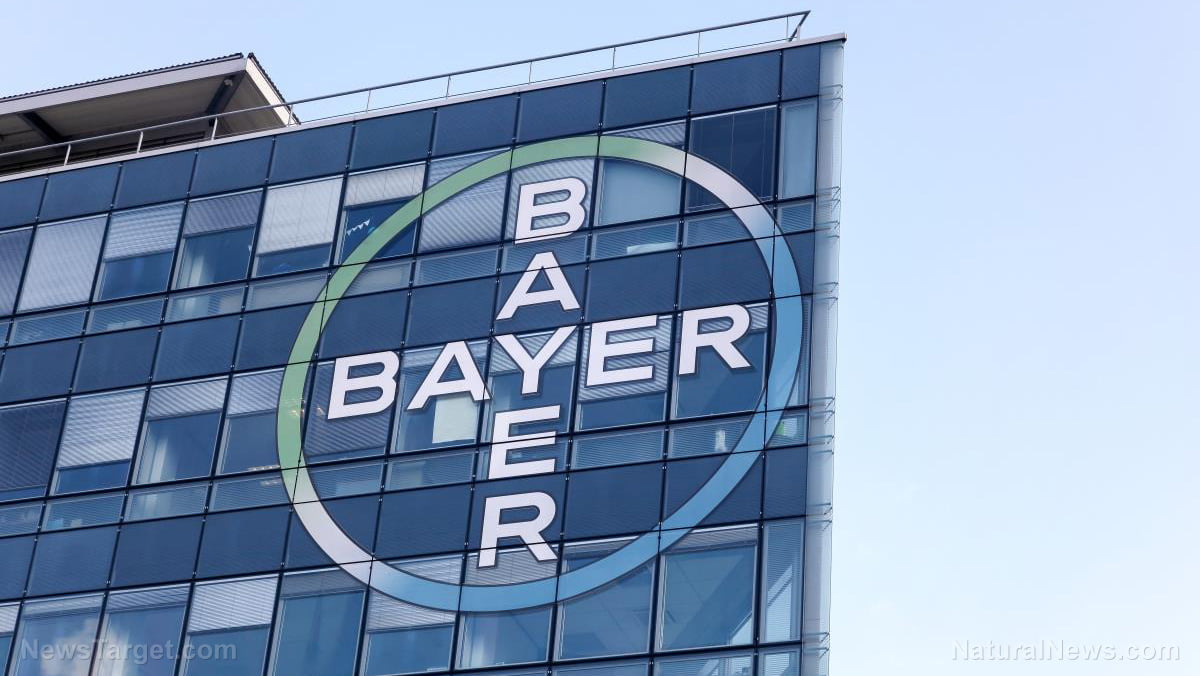 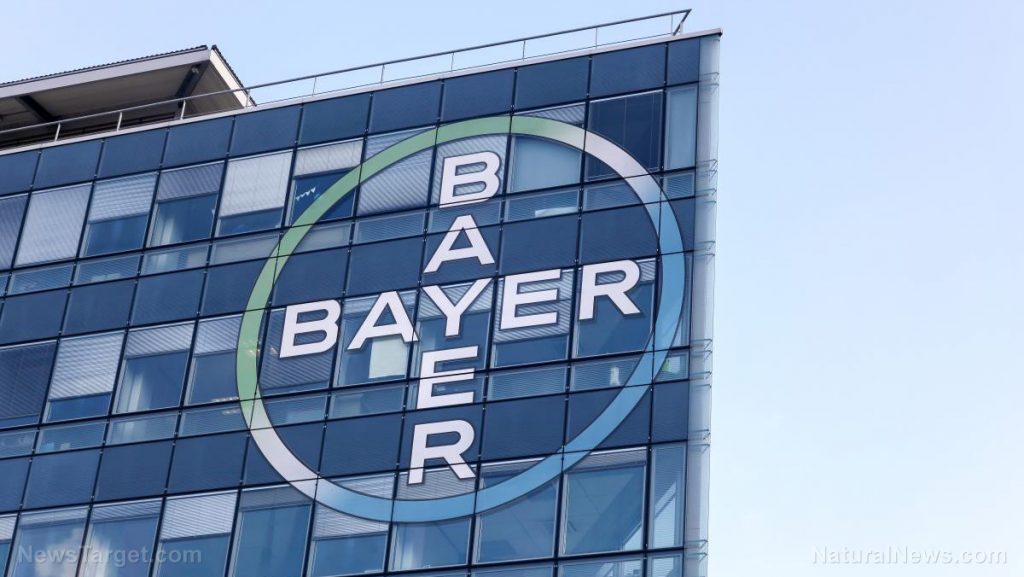 For over a decade, Monsanto has been engaged in building and maintapining “hit lists” of journalists, lawmakers and regulators to be taken out if they opposed the evil agenda of GMOs and toxic glyphosate weed killer chemicals that now inundate the world food supply. Any influential person who opposed the Monsanto agenda was subjected to one or more of the following:

In other words, Monsanto has been running a “black ops” division for over ten years, spending perhaps $100 million or more on efforts to silence, destroy or assassinate anyone who interfered with the agricultural giant’s market dominance.

Now, the criminal mafia activity that Monsanto has carried out for years is finally being exposed as law enforcement closes in on the crimes of this evil agricultural giant now owned by Bayer, a corporation that appears to be making an effort to “clean house” and end the Monsanto crimes that targeted journalists, lawmakers and regulators with intimidation and bribery campaigns.

“French prosecutors said on Friday they had opened an inquiry after newspaper Le Monde filed a complaint alleging that Monsanto – acquired by Bayer for $63 billion last year – had kept a file of 200 names, including journalists and lawmakers in hopes of influencing positions on pesticides,” reports Reuters.

This “hit list” of journalists and lawmakers was directly translated into action to intimidate, threaten or bribe these individuals, just as happens in the United States. In fact, a Monsanto spokesperson now confirms the Monsanto mafia used the list to take out anyone standing in the way of the Monsanto agenda. “There have been a number of cases where – as they would say in football – not the ball was played but the man, or woman, was tackled,” admitted Matthias Berninger to Reuters. Berninger is the “head of public affairs and sustainability” of Monsanto.

Further into the statement, Berninger admits Monsanto collected “non-publicly available data about individuals” and then issued an apology from Bayer for the activity. “Following an initial review, we understand that this initiative has raised concerns and criticism,” said Bayer in a May 12th public statement. “This is not the way Bayer seeks dialogue with society and stakeholders. We apologize for this behavior.”

What Natural News can reveal is that Monsanto hired black ops teams and private investigators to dig up the personal locations of individuals and their families, then engaged in activities to threaten and intimidate those individuals while publicly smearing them online through coordinated, well-funded character assassination campaigns.

This author believes that, over the last decade, I have been personally hunted by Monsanto-funded black ops teams who intended to destroy my credibility and physically harm my person in order to silence my public criticism of Monsanto and end the publishing of MonsantoMafia.com, GMO.news, Glyphosate.news and the dozens of other websites that Monsanto did not want to see published.

Health Ranger: I am willing to share details with Bayer’s investigation team in exchange for a public apology and a retraction of the smears

I am willing to consider the possibility that Bayer is genuine in its attempts to clean up the “Monsanto mafia” mess that it has inherited. It is possible that the culture of Bayer is not nearly as evil and corrupt as the culture of Monsanto, which is why I am willing to sit down with Bayer’s internal investigators and privately detail the illegal tactics that have been used against myself and others who spoke out against the multiple criminal activities carried out by Monsanto’s “black ops” teams.

I will do this in exchange for a public apology from Bayer that specifically names myself, the Food Babe, Jeffrey Smith and other individuals in the independent media (there are about twenty) who have been specifically targeted, smeared and threatened by Monsanto operatives over the years. Bayer may contact my legal team for more details of what we are requesting.

This is a rare opportunity for Bayer to hear directly from the victims of the Monsanto “black ops” division that Bayer likely was not aware it was acquiring when it purchased Monsanto, since the entire division operated in secret and relied on internal corporate money laundering to obfuscate its operations.

Bayer’s attorneys may reach out to Natural News through our public contact page. Our attorneys are also initiating contact with Bayer’s legal team to initiate discussions.

Bayer says it will support criminal indictments of Monsanto operatives

If you read the Bayer announcement that went public on May 12, you’ll find that Bayer is openly supporting the criminal indictment of Monsanto operatives who ran its black ops division. “Bayer will fully support the public prosecutor’s office in France in its investigation,” says the statement.

As an immediate measure, we have decided to suspend our cooperation with the involved external service providers for the time being. The responsible Monsanto manager left the company shortly after the acquisition.

The “external service providers” were, Natural News has learned:

Bayer goes on to explain, “We are also currently investigating further appropriate consequences both internally and with regard to external parties. Bayer stands for openness and fair dealings with all interest groups. We do not tolerate unethical behavior in our company.”

If true, this would stand in great contrast to Monsanto itself, which was run like a criminal mafia organization, complete with “hit men” and terror campaigns that focused on critics of the biotech company.

Perhaps Bayer is hoping to clean up the Monsanto nightmare and initiate a new era of operations where public debate replaces the intimidation, threats and murder campaigns run by former Monsanto operatives. As someone who has been routinely targeted, threatened and smeared by Monsanto, I am willing to entertain the possibility that Bayer is looking to right past wrongs. Even though I may never agree with the widespread use of herbicides and pharmaceuticals across society, I don’t go out of my way to criticize corporations unless they are engaged in acts of extreme evil.

McDonald’s for example, sells all sorts of garbage food products that are unhealthy for society, but McDonald’s doesn’t hire hit teams to hunt down and try to assassinate critics, for example. McDonald’s just runs ads and tries to get the public to focus on social happiness instead of the chemical pesticides found in their products. And for the most part, it works. Nobody goes to McDonald’s expecting an all-organic diet in the first place. McDonald’s is a “voluntary compromise” where a consumer is obtaining convenience and low cost in exchange for surrendering a bit of their own long-term health. But no one from McDonald’s puts a gun to their head and demands, “EAT HERE OR DIE MUTHA F##KA,” which is essentially the way Monsanto was run for over a decade.

Finally, I want to draw your attention to one more line in the Bayer press release. It refers to “the project Monsanto commissioned” and promises to “evaluate the allegations.”

I can report to you that this “project” is the black ops unit of Monsanto. It was commissioned by angry, evil Monsanto managers whose personal hatred and violence is only exceeded by the violence of the Monsanto corporation itself, which unleashed Agent Orange on the world, along with a long list of other deadly chemicals that were used against innocent civilians as weapons of war.

Monsanto was run by some of the most evil, criminal-minded people in the history of the world. These people, I believe, are directly responsible for acts of extreme violence — both online and offline — that specifically targeted Monsanto critics like myself. They belong behind bars, and it looks like Bayer may actually be willing to help put them there.

It’s time for Bayer to close the chapter on this Monsanto era of disinformation, destruction and death. Otherwise, the anger against Monsanto that is well deserved and widely publicized across the activist community will continue to reflect on Bayer and its share price. Monsanto has committed acts of tremendous evil against innocent, well-meaning individuals who only advocated a cleaner food supply and honest labeling. If Bayer does not open a dialogue with these activists and help resolve some of these issues, Bayer will continue to pay the price for crimes that it inherited through its acquisition of Monsanto, which has already proved disastrous from a financial point of view.

I believe the only way Bayer can resolve this is to talk to those of us who suffered through these malicious attacks and still somehow made it out alive. Bayer needs to publicly apologize, set the record straight, admit the crimes of the Monsanto black ops managers, and retract all the smear articles and Wikipedia entries it funded.