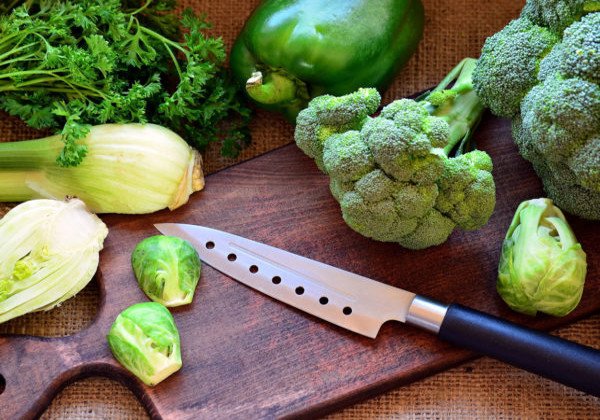 New research has linked a compound found in Brussels sprouts, broccoli, and other cruciferous vegetables to one of the body’s most potent tumor-suppressing genes.

Experts estimate that there can be up to 100 times more enzymes in sprouts than uncooked fruits and vegetables. Enzymes are special types of proteins that act as catalysts for all your body’s functions. Extracting more vitamins, minerals, amino acids, and essential fatty acids from the foods you eat ensures that your body has the nutritional building blocks of life to ensure every process works more effectively.

The discovery that sulforaphane is a potent antibiotic was reported in 2002 at Johns Hopkins. Broccoli sprouts have a much higher concentration of sulforaphane than mature heads. Sulforaphane appears to trigger cells in the body, including in the gastrointestinal tract, to produce enzymes that protect against oxygen radicals, DNA-damaging chemicals, and inflammation that benefit osteoarthritis and cancer.

Sprouts are alkalizing to your body. Many illnesses including cancer have been linked to excess acidity in the body. Growth of cancer cells are initiated by a lack of oxygen and these cells, along with viruses and bacteria, cannot live in an alkaline and oxygen rich environment. Broccoli sprouts are especially effective at preventing gastritis, ulcers, stomach cancer and even allergy and asthma.

The study says that the compound, called I3C, is involved in a complex chemical chain reaction that frees the tumor suppressor to do its job. The research also highlights the chemical warfare that goes on inside the body as it struggles to prevent tumors from developing even as tumors themselves fight to grow and spread.

The research comes out of the lab of Pier Paolo Pandolfi at Beth Israel Deaconess Medical Center’s Cancer Center and Cancer Research Institute. Pandolfi, the Victor J. Aresty Professor of Medicine at Harvard Medical School, headed a team that explored the function of a cancer-suppressing gene called PTEN, which encodes a protein that controls cell growth. Pandolfi called PTEN “one of the most important tumor suppressors in the history of cancer genetics.

“The study’s really exciting,” he said. “I’ve been bombarded by journalists — because of the broccoli connection, let’s be honest. Forget what you think about the science, the fact that [we found] something that your grandma would say [is] good for you, it’s appealing.”

PTEN is regularly targeted by cancers, which seek to delete, mutate, or otherwise inactivate it. Pandolfi and his team, representing institutions in the U.S., Taiwan, China, Italy, Australia, and India, set out to discover how. Using human cells and mice bred to develop cancer, the researchers found that an enzyme known to promote cancer growth, called WWP1, played an important role in interfering with PTEN function.

The researchers analyzed and created a computer model of WWP1’s physical structure, enabling them to search chemical libraries for a molecule that might bind to it and block its function. They discovered that a naturally occurring compound found in cruciferous vegetables — indole-3-carbinol, or I3C — did the trick, neutralizing the enzyme and restoring PTEN’s tumor-suppressing powers in lab mice engineered to develop prostate cancer.

The work, published in the journal Science and supported by the National Institutes of Health may provide a way to help people suffering from a genetic PTEN deficiency, which in addition to making them prone to developing cancer also causes developmental defects that can result in intellectual disability or psychiatric illness.

The PTEN-protecting compound, I3C, was already known to science and thought to have anti-cancer properties, though its precise mechanism was a mystery. It occurs naturally in the cruciferous vegetables that include broccoli, Brussels sprouts, arugula, cabbage, kale, and cauliflower. That group has been investigated in the past for its cancer-fighting properties, according to the National Cancer Institute, with promising results in animal studies, but mixed results in humans.

But for anyone encouraged by the results who wants to embark on a broccoli-eating binge, Pandolfi said there’s a chore ahead. The doses effective in laboratory mice would be the human equivalent of eating more than six pounds of broccoli daily.

From a practical standpoint, that means the most likely approach would be to develop a pill form, Pandolfi said. I3C seems to be well-tolerated by humans and is actually on the market based on anti-cancer properties exhibited in preliminary studies. Its targets aren’t limited to WWP1, so additional work is needed to investigate appropriate doses and unintended effects of I3C supplements, Pandolfi said.

An alternative, albeit one that will take time, would be to develop a more narrowly targeted molecule based on I3C’s structure that zeroes in on WWP1. Pandolfi said his team’s future research will likely move in those directions.

Karen Foster is a holistic nutritionist and avid blogger with five kids and an active lifestyle, who lives in pursuit of the healthiest path towards a life of balance.