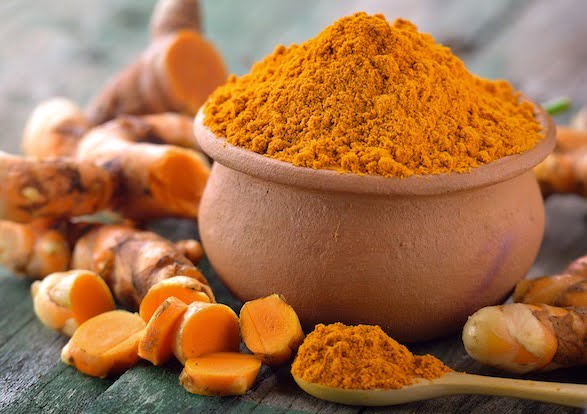 The use of turmeric can be dated back as far as 3,000 BC, and is one of the most important anti-cancer nutrients studied today.

Turmeric root can be purchased fresh in its root form (sometimes hard to find), or dried and powdered. In its dried form it is popular in Asian dishes, especially those of India, and is one of the key ingredients used in making curry powder.

Curcumin is the yellow pigment extracted from turmeric and is one of three known curcuminoids in turmeric. Curcumin has demonstrated incredible anti-cancer benefits. In countries where people eat turmeric daily at about 100 to 200 mg (roughly 1-2 teaspoons) over long periods of time, research has shown there to be lower rates of certain types of cancer.

As far as research into turmeric and cancer, over 2,000 published studies have shown curcumin combats cancers of the breast, prostate, liver, colon, lung, pancreas and more. Many of these studies have shown curcumin actually stops cancer cells from dividing. Curcumin has also been shown to trigger apoptosis, or programmed cell death, which is the body’s natural and necessary way of ridding itself from damaged cells.

Unlike chemotherapy drugs or the breast cancer drug Tamoxifen (which by the way has been classified by the World Health Organization and the U.S. National Institutes of Health as a known human carcinogen with over 20 side-effects), curcumin has the ability to kill cancer cells while leaving healthy cells unharmed.

A 2007 U.S. study using curcumin along with chemotherapy to treat bowel cancer showed that adding curcumin to the diet killed more cancer cells than chemotherapy alone. In another study, curcumin helped stop the spread of breast cancer in laboratory animals. Curcumin in some form is currently being tested in no less than 16 clinical trials on cancer, including prostate, breast, colon and osteosarcoma.

Despite the fact that curcumin has been extensively researched for decades and has demonstrated clear anti-cancer power in clinical trials, it is still not widely prescribed in cancer therapy as there is little financial incentive to do so. Drug companies cannot patent natural substances, and without a patent there is no profit. The good news is that you are still able to receive many of the benefits of curcumin by using the spice turmeric liberally in your cooking and/or through supplements. 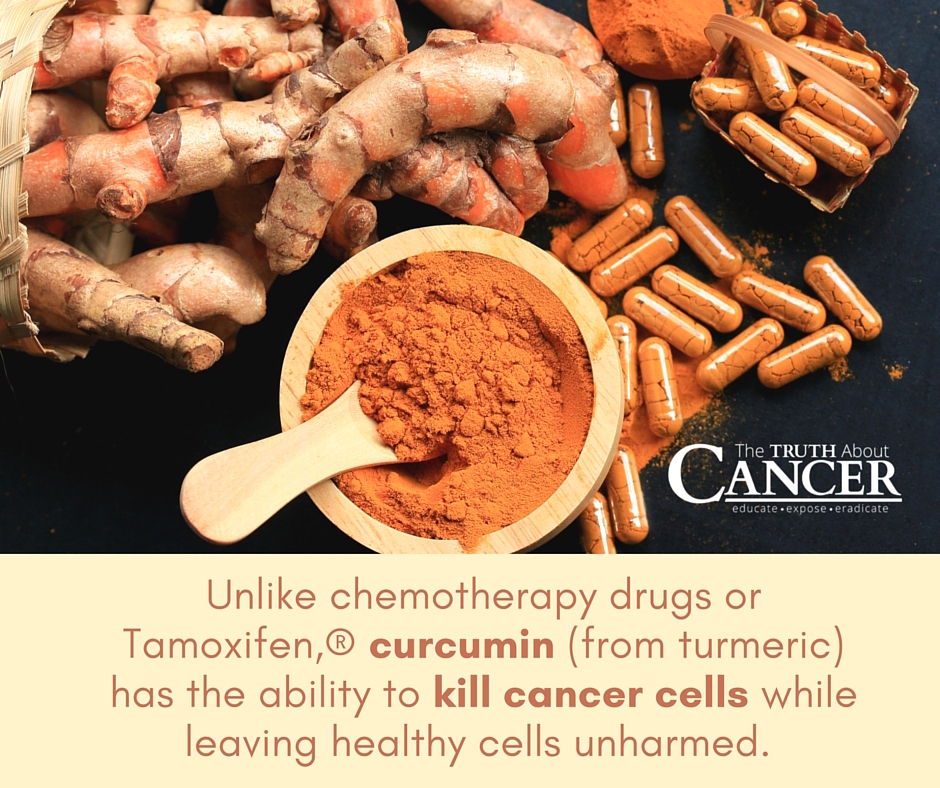 Increasing the Bioavailability of Curcumin

One challenge with getting enough curcumin into your diet is that it is not highly bioavailable. In other words, the human body doesn’t absorb much curcumin when it’s ingested alone. Curcumin is also not soluble in water, only in fat. Therefore, it’s best to combine turmeric with a healthy oil such as extra virgin olive or coconut oil whenever possible in recipes. (Note: never use vegetable oils such as corn, soy, canola, sunflower, etc. as these are pro-inflammatory oils, contribute to cancer, and are often rancid and genetically modified.)

When combined with other powerful nutrients such as fish oil, olive or coconut oil, and/or black pepper, curcumin’s anti-cancer effects are further amplified as it becomes more readily available to the body.

According to Dr. Michael Greger, MD, piperine (the phytochemical in black pepper that gives it its pungent flavor), increases the absorption of curcumin by as much as 2,000%. Apparently, even a little pinch of black pepper (as little as 1/20th of a teaspoon) can have positive and significant absorptive effects on the body. Dr. Greger also noted that eating the whole fresh turmeric root is best and mixing a natural oil with it can enhance curcumin’s delivery as much as seven to eight times.

Ways to Incorporate More Turmeric (and Curcumin) into Your Diet

Turmeric root has a light flavor and can be grated or chopped and added to recipes. Turmeric powder can be used on eggs, added to soups and sauces, or rubbed on vegetables or chicken. Chicken Curry is a flavorful dish that includes plenty of this bright yellow spice. Adding turmeric to vegetables and then roasting them adds both color and flavor. Coat veggies in olive oil, sea salt, and black pepper, and add turmeric, ginger, and cumin for a tasty dish. This same recipe also works great as a marinade for grilled vegetables.

Be aware that turmeric contains a very strong color that can easily stain your hands, clothes, and countertops. However, it’s this intense pigment that also makes it great for adding color to plain white rice or cauliflower by sprinkling some turmeric powder on top. (Again, combine with a bit of healthy oil and a liberal sprinkle of black pepper for added benefit.)

To make a healing turmeric tea, you can finely slice or grate fresh turmeric root. Add along with some grated or sliced ginger root to a teapot and steep in hot water. Sweeten your tea if desired with local honey or green leaf stevia. The longer you steep, the more intense the color and flavor of your tea.

The possibilities are endless with this diverse spice and a little turmeric can easily be included in your daily cancer fighting diet.