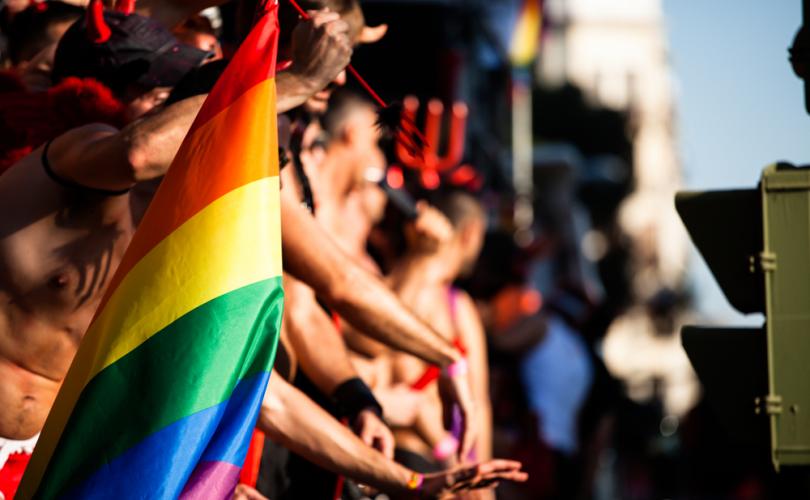 Canada’s largest newspaper threatened Catholic schools in an editorial that unless they get in line with homosexuality and transgender “rights,” support will only grow for an end to their public funding.

The Toronto Star’s Monday editorial also excoriated beleaguered Toronto Catholic District School Board (TCDSB) trustee Mike Del Grande and called for the board to censure him.

Del Grande — along with Teresa Lubinski, Garry Tanuan and Nancy Crawford — voted November 7 after months of bitter debate not to add “gender identity, gender expression, family status and marital status” to the TCDSB’s code of conduct as prohibited grounds for discrimination.

The many delegates and opponents of the policy change argued that adding the terms endorses spurious gender ideology in Catholic schools in contravention of Catholic teaching, leading to great harm to students.

But eight trustees led by chair Maria Rizzo voted to include the terms, arguing that the board had to follow a ministry directive to align its code of conduct with the provincial code and the Ontario Human Rights Code.

And now LGBTQ activists are piling on in an all-out attack on Del Grande, who is running for chair of the board in an upcoming election that will be held November 28.

He’s under fire for proposing — in an act of mockery to make a point — an amendment duing the night of the vote that the board add other categories of sexual identities to the code, such as pedophilia, bestiality, sadism, polygamy, and cannibalism, arguing that doing so would be truly “inclusive.”

Del Grande later described the amendment — which was ruled out of order — as a “Howard Moscoe thing” referring to a former left-wing Toronto city councillor known for outspokenness, and “hyperbolic.”

However, not only did parent-activist Nicole Richard launch a petition asking for Del Grande’s removal, but Maura Lawless, executive director of the LGBTQ activist group The 519, sent a letter to Rizzo asking the board to publicly denounce Del Grande and ask for his resignation.

The 519 letter is notable for documenting the homosexual advocacy group’s “long working relationship with the TCDSB” in order to “provide a wide range of programming since 2012.”

Now the Toronto Star has weighed in, calling for the TCDSB to “publicly denounce” Del Grande and “affirm the rights of LGBTQ students” in order to “heal the rift his actions — and the board’s endless bickering over these basic human rights — have caused.”

“It bears repeating that if this board continues to leave open doubts about its commitment to rights for all, support will only grow for another option: an end to public funding for Catholic schools,” the Star opined.

It’s far from the first time Canada’s biggest newspaper has pushed for the dissolution of Catholic education.

In a November 10 editorial, the Star berated the four TCDSB trustees who voted against adding “gender identity” and “gender expression” to the code, noting that “even the Archdiocese of Toronto…rightly understood the need to include those terms.”

If trustees insist on “digging in their heels there is, of course, an alternative,” the Star noted. “That’s an end to public funding for Catholic schools.”

Public appetite for the constitutional amendment required to dissolve Catholic schools may grow, the Star warned, “if members of the Catholic community continue to use religious doctrine as an excuse to oppose necessary progress in what are, first and foremost, public schools.”

But Crawford and Tanuan came to Del Grande’s defense, saying he was trying to make the point that the consequences of opening the door to gender ideology in Catholic schools will be far-reaching.

That was echoed by executive director of Parents As First Educators (PAFE) Teresa Pierre in an email to supporters.

Del Grande’s comments have been taken out of context, she said.

The proposed amendment was a “clearly facetious motion intended to draw attention to how absurdly long a listing of grounds of discrimination could potentially become,” and “a rhetorical strategy to make his point that separating people into groups by shared characteristics is reductive and not consistent with a Catholic view of the human person,” noted Pierre.

“Del Grande should be praised by every Catholic for his heroic defense of the Catholic faith, especially in the face of this type of hatred from the left-wing media,” Fonseca told LifeSiteNews.

He blasted the Star for “anti-Catholic bigotry” and dismissing the traditional beliefs held not only by the Catholic Church but other Christian denominations as well as Muslims and Jews.

“Today, the Star is ghettoizing Christians, calling for their democratic and civil rights to be stripped from them, and even the benefits of their own tax dollars with respect to funding of Catholic schools, which they themselves pay for,” said Fonseca.

“The bigotry of the media must end.”

A report appended to the agenda the night of the board’s final vote stated the Toronto archdiocese had approved the terms, provided these were understood through a “Catholic lens.”

In a November 11 statement, the archdiocese conceded it accepted the terms are included in the code, but added: “we do not accept the view of the human person which underlies this terminology, since that view is not compatible with our faith.” (See full statement here.)

That is trying “to have your cake and eat it too,” Campaign Life Coalition’s youth coordinator Josie Luetke pointed out.

“If the archdiocese does not accept the view of the human person which underlies the terminology, then it should not have accepted the terminology,” she told LifeSiteNews in an earlier email.