In the 1970s, over 40 percent of Native women were sterilized either without their knowledge or using coercion. 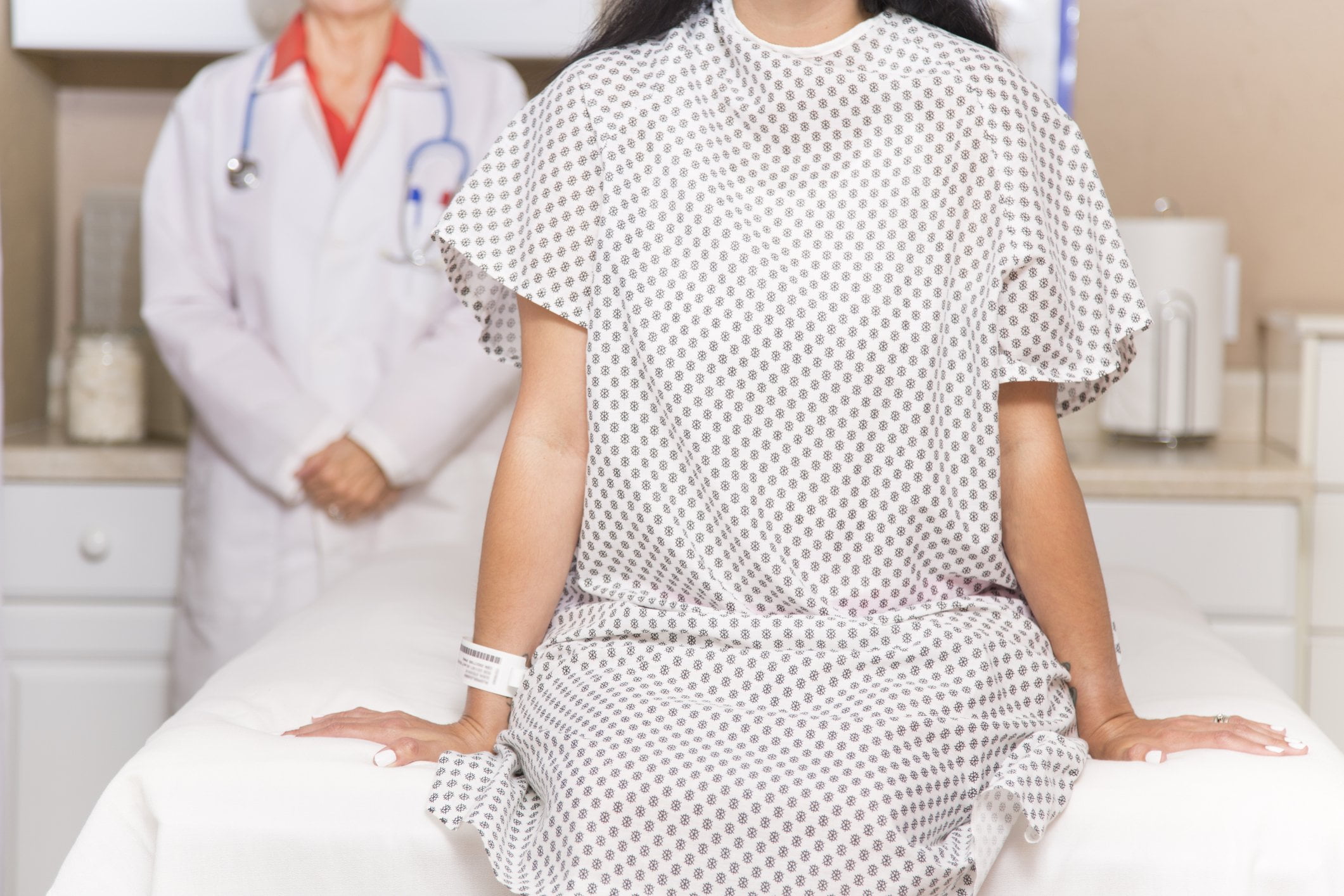 was 12 years old when I first heard about the forced sterilization of my people. A close friend of my family — the kind of person you call “auntie,” even though you’re not related — who was Menominee, like me, told me and my sister that she worried about Native girls who were registered tribal members. Even though we didn’t live on a reservation, our “auntie” feared the reach of the government and the violence it had so often disguised as “health care.” She came of age during the 1970s, at the height of the government’s forced sterilizations of Native women. Close friends of hers had been sterilized without their knowledge. I was too young to fully understand the trauma she carried, knowing that such violence had been perpetrated against people she loved, and knowing that any Native person, like her, who was capable of giving birth, was under threat. Looking back, I understand why she remained frightened, in spite of public health victories that had caused forced sterilizations to ebb in the U.S., and in spite of the fact that we didn’t receive our medical care through the Indian Health Service. My “auntie” had lived through a massive genocidal onslaught. Her sense of dread was permanent.

Twenty-five to 42 percent of Native people in the U.S. who were physically capable of giving birth were sterilized during the 1970s. New research reinforces what Indigenous women in Canada have long maintained: that the forced sterilization of Indigenous women in Canada is a present-day reality. Indigenous women who have filed a class action lawsuit against the Canadian government rallied this week in Saskatchewan. The women say they were told while giving birth that tubal ligation had become medically necessary when there was no medical need for the procedure. Attorneys for the women say they have reports of forced sterilization in Canada as recently as December of 2018.

While forced sterilizations are not a thing of the past, most of us cannot fathom the trauma caused by this kind of state violence. Most non-Native people have not been challenged to imagine that trauma or its impact on Native communities, because most people don’t know that these things have happened — and even fewer know how Native people have resisted.

In her new book, Reproduction on the Reservation: Pregnancy, Childbirth and Colonialism in the Long Twentieth Century, Brianna Theobald discusses Native American reproductive history and the landscape of colonial violence that has infringed upon, and in many cases, decimated Native reproductive autonomy in the U.S., as well as the battles waged by Native people in defense of their reproductive rights. In a recent interview, Theobald discussed her book and its context in the current political moment with Truthout.

This interview has been edited for length and clarity.

Kelly Hayes: A lot of people know that forced sterilization policies were adopted and enforced in the U.S. during the first half of the 20th century, at the height of the eugenics movement. And most people probably wouldn’t be surprised to hear that Native people were being targeted at that time, in much the same way that disabled people, queer people, Black people and other marginalized groups were being targeted. But in my experience, very few people are aware of the massive number of forced sterilizations that were performed on Native women in the 1970s. Why do you think that history has been the subject of less discussion than other atrocities perpetrated by this government?

Brianna Theobald: For many Americans, exposure to Native American histories ends in fourth grade, so their knowledge is confined to what teachers and parents deemed age-appropriate. There also remains a tendency to think of Native American histories as frozen in a distant past rather than as part of modern U.S. history. And then a third factor is the way that abortion politics have dominated mainstream reproductive activism, often to the exclusion of other reproductive issues.

At the same time, when I told nonspecialist colleagues — fellow historians or other academics who don’t study Native history — over the last several years that I was researching the history of Native reproduction, the most frequent response I received was some version of “You mean sterilization?” I found that frustrating as well because it seemed to suggest that this was the only aspect of Native reproductive history worth studying, the only history worth knowing and telling. I always find it necessary to emphasize that the history of Native reproduction — and, indeed, Native women’s history more generally — doesn’t begin at the moment when physicians performed unethical procedures on them.

What made Native women especially vulnerable to forced sterilization?

In the short-term, an act passed by Congress in 1970 was a key development. The Family Planning Services and Population Research Act was passed at a moment when the federal government was expanding its role in family planning. The law subsidized sterilizations for Medicaid and Indian Health Service patients — the IHS, created in the 1950s, is the federal agency through which many Native people receive their health care.

Some women reported being pressured to sign consent forms while in the throes of labor, and some seem to have been misled about the procedure’s permanence.

Sterilization rates notably increased on many reservations, and within a few years, Native health workers had become concerned that some of these procedures were coercive in nature. In extreme cases, women reported undergoing procedures that from their perspective were entirely forced. But coercion could enter the picture in all sorts of ways. Some women reported being pressured to sign consent forms while in the throes of labor, and some also seem to have been misled — or at least confused — about the procedure’s permanence. A government report in 1976 found that some hospitals used inadequate consent forms, which did not fully explain the risks of the procedure or alternative birth control methods, and the forms did not clarify that a woman’s birth control decisions had no bearing on her qualification for government programs. This last point is important because reliance on other federal or state services increased women’s susceptibility to pressure, as they feared that authorities might strip them of their welfare benefits or remove their children.

Fear of child removal might seem extreme, but it was very much a reality for many Native families, as Native children were removed from their homes at disproportionate rates in these years — we’re talking 25-35 percent of Native children, and most of these children were placed outside of their communities in white foster or adoptive homes. (The Indian Child Welfare Act of 1978 was enacted to stop this trend and to recognize tribal sovereignty over child welfare, but ICWA is once again being challenged in federal court.) Language barriers and medical jargon could exacerbate women’s vulnerability. Indigenous women in Canada are currently engaged in a class-action lawsuit regarding coercive sterilizations they underwent in the last 20 to 25 years, and as recently as 2017; their reports echo the types of allegations some Native women in the United States made in the 1970s.

It’s important to mention that Latina and African American women shared some of these same vulnerabilities and were also the targets of coercive sterilization in these years. There’s a powerful documentary called No Más Bebés that tells the story of a group of Mexican immigrant women who sued a Los Angeles county hospital where they were sterilized while giving birth.

Can you say a bit about some of the other ways that Native women’s bodies were policed?

In the late 19th century, the federal government embarked on a campaign to assimilate — or Americanize — Native peoples. This was an attempt to transform Native peoples into American citizens by forcing them to discard all markers of “Indianness,” adopt English and Western practices, and convert to Christianity. Much of the assimilation agenda centered on gender, family, and the home, and government bureaucrats and missionaries especially disapproved of the sexual and reproductive autonomy that women maintained in many Native communities. Women who did not abide by Euro-American expectations regarding gender and familial practices were often subjected to punitive measures such as the denial of resources.

The Hyde Amendment discriminates against Native women specifically because they are entitled to receive health services from a federal agency.

More recently, the Hyde Amendment, first passed in the 1970s, prohibits federal funding for abortion services with few exceptions. The amendment hinders the ability of all low-income women to terminate a pregnancy and disproportionately affects women of color, but it discriminates against Native women specifically because they are entitled to receive health services from a federal agency. (As far as I can tell, the Hyde Amendment was not fully implemented by the IHS until 1982.) Native women, along with other women of color, have advocated the repeal of Hyde for decades. Since the 1970s, many activists have argued that the inaccessibility of abortion encourages women to “choose” more permanent measures.

In the current moment, reproductive rights are under siege in the United States. As we fight to maintain, and in some cases, restore abortion access and access to other reproductive care, what lessons do you think we should take from Native people who resisted forced sterilization in the 1970s?

In the case of abortion rights specifically, Native women’s experiences over the last several years make clear that we need to be thinking not just about legal rights but about — as you said — access. Not only is Native women’s access to abortion services limited by the Hyde Amendment; Native women on rural reservations, especially those living in conservative states, are further affected by the same trends that have limited many non-Native women’s access to abortion services — restrictive state laws, a decline in abortion providers in many regions, and so forth.

But to respond to your question more directly, what’s really striking about so much of Native women’s organizing in the 1970s is their insistence on the intertwined nature of the struggles they waged. As Katsi Cook, a Mohawk midwife and activist, explained, “We can’t fragment the issues as the White man would have us do.” Basically, she was saying that these issues can’t be compartmentalized for Native women — i.e., “Okay, abortion rights are one battle, environmental justice is another battle, access to obstetric services is another battle, health care for our children is another battle, poverty is another battle” — but rather we (I would argue Native and non-Native) have to understand how these challenges intersect with one another. This is an insight that persists in 21st-century reproductive justice organizing, and I think it’s a crucial one.

This insight also underscores the need for multifaceted solutions to problems — policy changes like the repeal of the Hyde Amendment, certainly, but also greater resources for community and grassroots organizations that provide culturally rooted maternal health services, as just a few examples that Native women are currently advocating.

Author’s note: If you would like to learn more about the ongoing fight for Native reproductive rights, you can follow the work of groups like Indigenous Women Rising, Sister Song or a Native-led effort in your community.