Prepare For Change
Home Ascension “What’s about to happen this summer and fall will change the world’s... 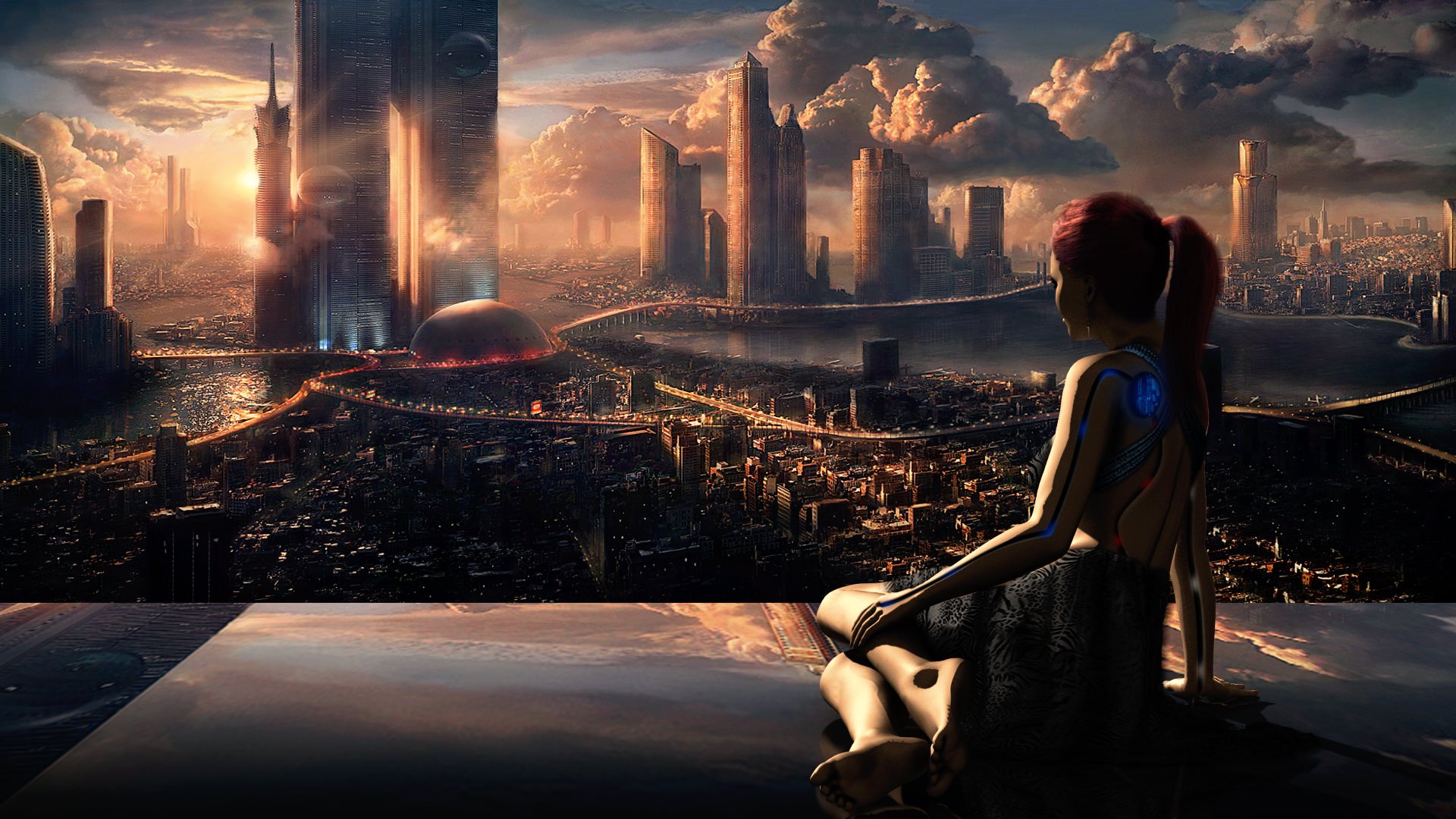 Take a look at what is going on around you. Does it look or feel familiar? The Universe has been preparing those who have already awakened for a large-scale event…and this is it!

Take a bit of time to remember your own personal awakening process before you really understood what was happening. Now multiply it. This is the time to take all you have practiced and put it to good use. Ask The Universe to show you the truth of the situation and adjust accordingly. You know how to bring Unconditional Love and Light to any situation. Is it time to begin!!!

“Greetings. Everything is going to be alright. The future is a beautiful place. But you will need some training in order to get there…”

“The lab-created Coronavirus was a cover-up of a planetary coup through the mass mandatory vaccination dark agenda. Now it has become the biggest covert U.S. Intelligence operation that the world has ever seen. This mass 158,000-arrests operation will remove and capture the biggest evil and corrupted politicians, celebrities, and CEOs, including global elites and bankers such as George Soros, U.N. officials, and the founders of GRETA, inc.” 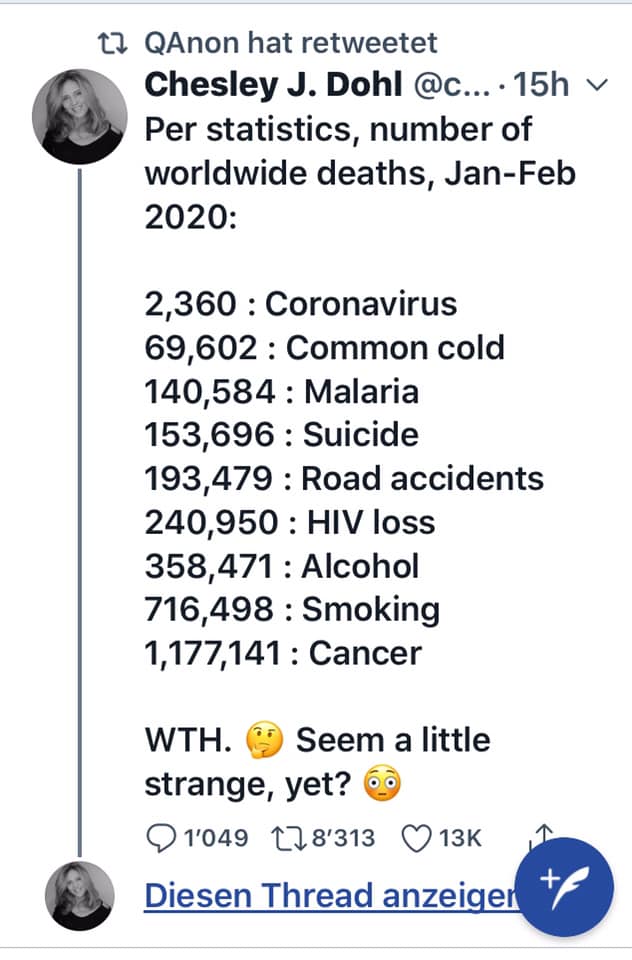 “WE SHALL SEE: This morning at 4:30 a.m., Canadian Prime Minister Justin Trudeau was served a criminal indictment by the U.S. for corporate and financial crimes. Media owners were instructed to brainwash everyone that Trudeau and his wife have the Coronavirus and that they won’t be leaving their house for a while

Tom Hanks was arrested 48 hours ago for pedophilia and he is currently being kept in a hotel room in Australia, refusing to fly back to the USA. The next celebrity arrests will be Celine Dion, Madonna, Charles Barkley, and Kevin Spacey. All will claim Coronavirus infections

Italy’s airports have been completely shut down, as over 80 Vatican and financial officials have been served the same criminal indictments for financial crime, pedophilia, child trafficking, and sex abuse

Convicted Hollywood rapist Harvey Weinstein agreed to a deal in exchange for his testimony against hundreds of top Hollywood celebrities and their involvement in the drug business, pedophilia, and child trafficking. Instead of a 55-year sentence, he only received a 23-year sentence. In exchange, he provided testimonies against some of the biggest and most powerful names, including Prince Andrew of the U.K., former president Bill Clinton, former vice president Joe Biden, Tom Hanks, Oprah, Ellen DeGeneres, Quentin Tarantino, Charlie Sheen, Bob Saget, Kevin Spacey, John Travolta, Steven Spielberg, Podesta, NXIVM and PIZZAGATE sex trafficking clubs, and hundreds more who all were directly involved with Jeffrey Epstein

CEOs of some major world corporations have been indicted/arrested, and some have been forced to resign — all in the last 30-60 days — such as the CEOs of the NBA, IBM, Lockheed Martin, T-Mobile, Tinder, LinkedIn, Salesforce, Hinge, OKcupid, Match, Hulu, MedMen, L brands like Victoria Secret bath and body works , Harley Davidson,  Bill Gates from Microsoft/Foundation, Intel, Mastercard, McDonald’s, Cesar Awards, Disney, the Vatican Chief of Police; etc. Approximately 700-800 more resignations are coming in the next 3 months. 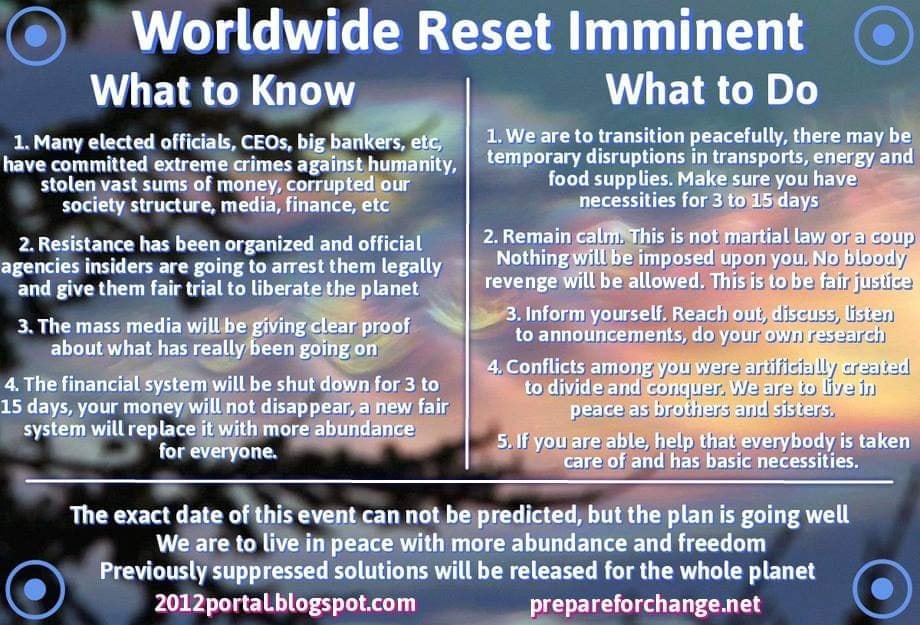 President Trump will win the 2020 elections, and arrests of former U.S. presidents will occur in early 2021. All major arrests will be portrayed by the media as accidental or as conspiracy theories. All arrested individuals will be given “Rommel Death”, meaning that they will have a choice between their death being portrayed to the public as a suicide or an accidental death in return for assurances that his or her reputation will remain intact, (think John McCain ed.) or, alternatively, they can choose to face a criminal trial that would result in public disgrace

Some top religious leaders will be arrested or forced to resign, and some will suddenly get “sick.” (Just the JP Morgan CEO Jamie Dimon) The Vatican will be the first, and the Pope will be removed in 2020. Production of human extracted Adrenochrome will be revealed, and Hollywood and the Vatican will be exposed as being directly responsible for that

Coming up there will be a 2-month complete shutdown of the world’s most common operations, such as schools, the stock exchange, some banks, airports, shipping, travel, events, galas, expos, sport games, sport championships, music award ceremonies, NBA/NHL/Baseball games, and ship cruises. There will be food shortages and staged electricity power loss. Gas prices will go down, food costs will go up, insurance will go up, gold and silver stocks will fall, and many corporations will either go bankrupt or take a significant financial loss, such as in the case of what’s about to happen to Air Canada, Disney, and Coca-Cola.

Welcome to the Great Awakening. What’s about to happen this summer and fall will change the world’s history.”