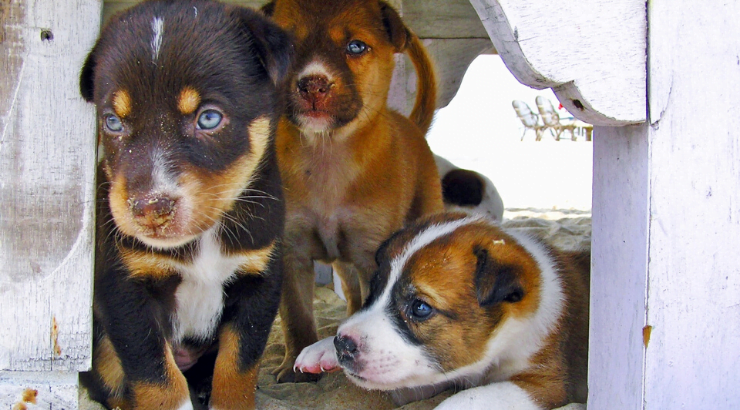 The draft guidelines cited “the progress of human civilization and the public’s concern and preference for animal protection” as reason for the change.

China is taking steps toward officially banning the trade of dog meat, potentially saving millions of dogs from being slaughtered every year.

A new draft being considered by the Chinese government stipulates that dogs should be treated as companions and not as livestock.

In a statement issued by the Chinese Ministry of Agriculture and Rural affairs published April 8, the move to reclassify canines as pets is described as a move consistent with modern culture in a country where many old cultural traditions remain despite the rapid sociocultural transformations the country has undergone over the past few decades.

Under local customs and traditional Chinese medicine practices, dog meat is seen as nutritious and helps to protect people from common summertime diseases. The practice is hardly common in China, with the majority of Chinese citizens having never tried dog meat and rejecting the idea of doing so, reports Global Times.

Livestock animals are defined as those that can be bred for food, milk, fur, leather, medicine, and other commodities.

While the ministry has said that the draft law has nothing to do with the consumption of dog meat, analysts and advocates have greeted the measure.

Animal rights NGO the Humane Society International hailed the draft as a “potential game-changer” for animal welfare. Rights advocates estimate that at last 10 million dogs are slaughtered in China for meat every year, including many stolen pets.

“This is the first time the national government in China has explicitly explained why dogs… are excluded from the official livestock list, stating that these are companion animals and not for eating.”

The move also comes after Shenzhen, a city with over 12.5 million residents, made history as the first city on the mainland to specifically ban the consumption of cats and dogs, with lawmakers dubbing the move a “universal civilization requirement for a modern society.”

A spokesperson for Shenzhen’s government said:

“Dogs and cats as pets have established a much closer relationship with humans than all other animals, and banning the consumption of dogs and cats and other pets is a common practice in developed countries and in Hong Kong and Taiwan.

This ban also responds to the demand and spirit of human civilization.”

Sun Quanhui, a researcher at United Nations consultative organization World Animal Protection, believes that other provinces and cities are likely to follow Shenzhen’s lead and outlaw the trade and consumption of cat and dog meat.

The new national guidelines lay out the 18 animals accepted as livestock, including cattle, pigs, poultry, and camels. Thirteen animals were also given an exemption from wild-animal trading and farm-raising restrictions, including alpaca, deer, foxes, mink, ostriches, pheasants, and reindeer.

The move is believed to be part of a series of responses the People’s Republic is taking after the coronavirus pandemic emerged around the wet markets of Wuhan, Hubei Province, in December.

The virus is believed to have originated in horseshoe bats, which likely passed the novel coronavirus to humans through an intermediary species, such as pangolins, which were being sold at the wet markets.

The trade and consumption of wildlife is valued at 520 billion yuan ($74 million USD) and employs over 14 million people, reports South China Morning Post. Poor rural populations view the massive-scale breeding of wildlife as a get-rich-quick scheme.

Thousands of people employed in dog-related businesses have vehemently opposed the new draft bill, especially in Guangxi Zhuang Autonomous Region, which is home to the annual traditional dog meat festival in the city of Yulin. While the festival has been the target of ire by both domestic and international animal rights activists, dog business owners claim that the cost of changing professions is too much of a burden to handle in the short term.

In an online poll on social media platform Sina Weibo held on Thursday, over 40,000 Chinese netizens support the idea of a ban on consuming dog meat while only 6,600 opposed the idea.