Prepare For Change
Home ARCONTES It is time for the US to end its deadly exchange programmes... 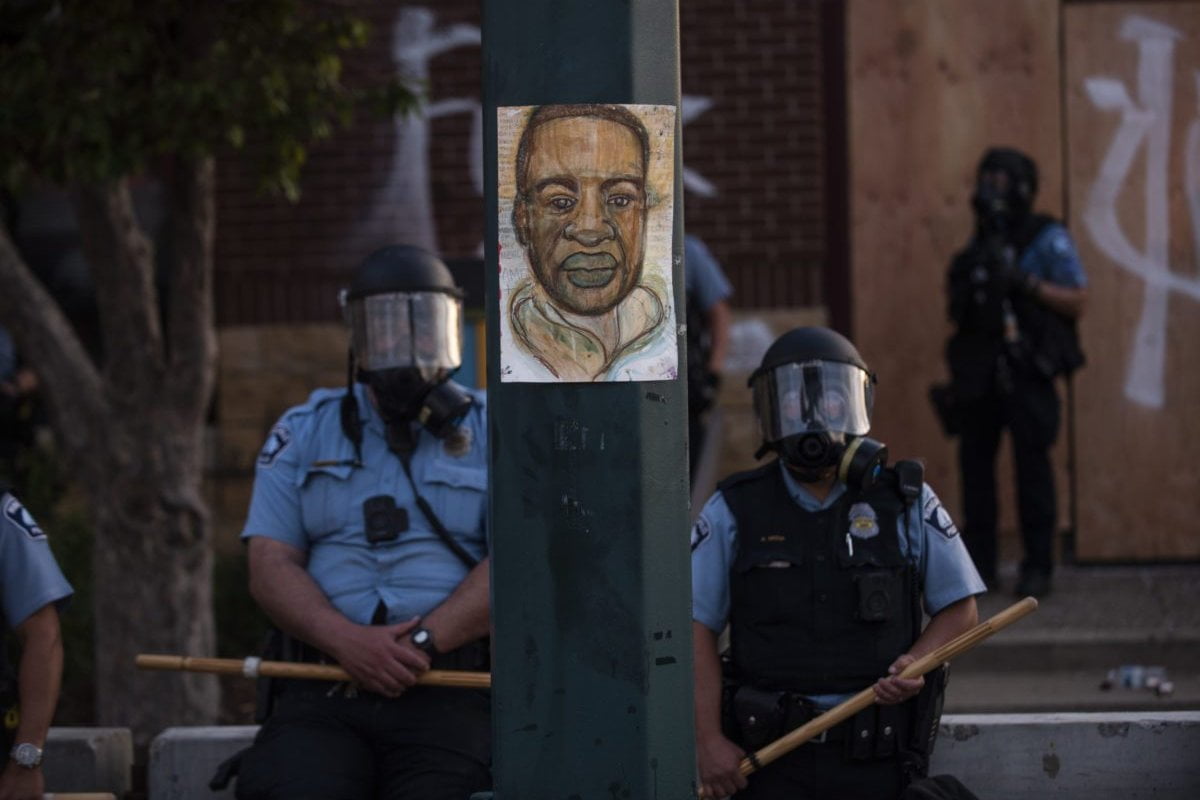 Yet another brutal killing of a black American by law enforcement officers has hit the headlines, especially on social media. George Floyd, 46, was unarmed when a Minneapolis police officer killed him on Monday by handcuffing him and then pinning him to the ground with his knee on his victim’s neck.

The white police officer ignored Floyd’s pleas that he could not breathe, which can be heard clearly on a video of the incident which has gone viral. In the aftermath of the killing, protests have raged across the city.

Such shocking images of police brutality have become one of the defining features of American society. Getting killed by the police is a leading cause of death for young black men in America, a recent report found.

A protester holds a sign, showing an image from the video of George Floyd’s arrest, outside the Third Precinct Police Station on May 27, 2020 in Minneapolis,Minnesota. [Stephen Maturen/Getty Images]

About 1 in 1,000 black men and boys in the US — a statistic that is higher than the number of deaths resulting from diabetes — can expect to lose their lives as a direct result of police brutality. In other words, if you are black, your chance of being killed by a law enforcement officer is 2.5 times greater than if you are white.

America has a long history of casual and institutional racism. This should come as no surprise in a country built upon the genocide of the indigenous population and slavery. For a number of human rights groups and activists there is, however, a more immediate concern which, they claim, is fuelling the use of lethal force — often for petty violations, or even none at all — by white police officers against black Americans: the two-way exchange of information and training between high ranking police responsible for this violence in the US and Israeli security officials.

According to Jewish Voice for Peace (JVP), police brutality of the kind that led to the death of George Floyd is both deeply embedded in American policing and also reinforced by the exchange of the “best practices” and expertise in counter-terrorism techniques taught to US law enforcement officials during their training in Israel. Thousands of these officials from across the US have been sent to Israel for training, and thousands more have participated in conferences and workshops with Israeli personnel. JVP has documented this in its report Deadly Exchange which highlights the “the dangerous consequences of American law enforcement training in Israel.”

These “deadly” exchange programmes were boosted following the 9/11 terrorists attack. Dozens of US states, as well as the FBI and CIA, now send recruits and senior officials to be schooled in Israel’s paramilitary approach to law enforcement by the likes of internal security agency Shin Bet and the Ministry of Defence. US law enforcement exchange programmes with Israel are now standard and sometimes take place led by Israeli personnel in America.

JVP argues that many of the draconian measures adopted by US law enforcement agencies, including police forces, have been refined through such exchange programmes. The inherent racism of Israeli society, in which every Palestinian is viewed as a potential threat to Israel’s Jewish citizens, is replicated by white law enforcement officers in their views about black Americans, Muslims and other minority groups. In such a mindset, they are turned from citizens with civil and other rights into threats from which white Americans must be protected at any cost.

A similar report by Amnesty International investigated the “widespread constitutional violations, discriminatory enforcement and culture of retaliation” within the Baltimore Police Department. The human rights group argued that training received by the police officers in Israel accounted for their misconduct.

The report was published on the back of a 2016 investigation by the US Department of Justice into the misconduct of the police in Baltimore. This said that it had “found reasonable cause to believe that the Baltimore City Police Department engages in a pattern or practice of conduct that violates the First and Fourth Amendments of the Constitution as well as federal anti-discrimination laws.”

Amnesty suggested that there was a clear omission in the US Department of Justice’s report: that of the role of Israel in training the very police officers reprimanded in the investigation. The group argued that Israel is a “chronic human rights violator” which exports its suppression techniques and that Baltimore law enforcement officials, along with hundreds of others from Florida, New Jersey, Pennsylvania, California, Arizona, Connecticut, New York, Massachusetts, North Carolina, Georgia, Washington state as well as Washington DC go to Israel for training, making them prone to the kind of practices denounced by the US Department of Justice.

Amnesty urged Baltimore’s and other US police forces to find partners capable of training their officers in appropriate de-escalation techniques and responses for dealing with non-violent individuals, and to allow the latter to express their opinions. “Israel is not such a partner,” insisted Amnesty.

The state of Minnesota, where Floyd was killed, trains its police officers in the best that Israel has to offer in the art of suppression. At least 100 of its law enforcement officers attended a counterterrorism conference with their Israeli counterparts in 2012. Concerns that law enforcement operations could violate civil rights were apparently discussed during the conference.

Looking at the riots in Minneapolis over the past few days it is hard not to agree with Israeli author and peace activist Jeff Halper when he claims that people around the world are being “Palestinianised” while their governments and law enforcement agencies are “Israelised” when citizens exercise their democratic right to challenge injustice. With over 70 years of experience suppressing millions of Palestinians who happen to be the “wrong” ethnicity, Israel has developed a culture of militarism that has become the envy of authoritarian regimes around the world, including some which claim to be democracies.

George Floyd’s killing is the latest, but probably not the last, example of classic American policing to mirror Israel’s “best law enforcement practice.” It is being put to deadly use on the streets of America. If black lives really do matter in 21st century America, then the “deadly exchange programmes” with Israel should be brought to an end without delay.