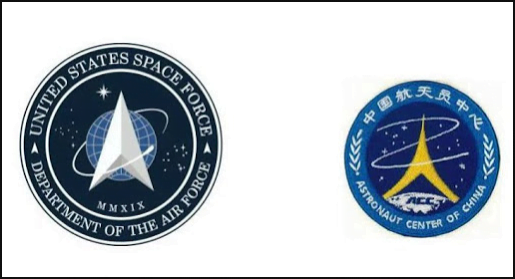 Galactic Confederation and Resistance forces have managed to erase the Draco fleet and the Illuminati Breakaway Complex (IBC).

The only Dracos remaining now are those physical and non-physical Dracos who are directly employed as servants to the Chimera, and the naturalized Dracos who mainly came to planet Earth more than 25,000 years ago, entered the incarnation cycle in humanoid bodies and are now incarnated as politicians, bankers, lawyers and other members of the surface Illuminati Cabal.

The main problem now remaining is the Chimera with their advanced exotic military technologies, especially quantum superposition toplet bombs. The Light Forces are continuing with the operations, now focusing on the removal of the Chimera fleet in Medium Earth orbit and Low Earth orbit, and clearing of the Chimera underground bases.

In underground bases, the Light Forces are using Mjolnir quantum cannons and sonic weapons to remove as many physical Chimera spiders as possible. Some of those spiders are huge, measuring up to 10 meters / yards in diameter. There are huge spider nests in Chimera underground bases, and all together they form a spider web , a negative leyline construct which is the antithesis of the Flower Of Life leyline grid on the surface. Although many of these spiders are being removed by the Light Forces, the Chimera replenish the nests with fresh spiders which are materialized from quantum superposition state with advanced manifestation chambers. As soon as the quantum reservoir of the Chimera spiders will be gone, the Light Forces will be able to clear Chimera underground bases completely.

Now they are focusing on removal of the key Chimera spiders which form the backbone of the Matrix system in quarantine Earth. They have already managed to remove the spider queen, who was responsible for destruction of Goddess temples in Atlantis and destruction of the Goddess mysteries in the first and second Archon invasion. She was the force behind the Inquisition and more recently the force behind global child abuse networks, using Mothers of Darkness to do the dirty work (warning: graphic material):

With the spider queen gone, the child abuse networks on the surface will now slowly begin to disintegrate as they are exposed to the surface population. Many Lightworkers and Lightwarriors, especially those who hold the Goddess energy, were directly or indirectly traumatized by the spider queen in many incarnations, and those traumas will now begin to heal. Etheric spider poison which she and other Chimera spiders were emanating and using in their attacks, and was destroying many soulmate relationships on the surface, will now begin to dissipate and clear.

Exposure of child abuse networks is now going mainstream, as Taiwanese Dragon and other sources are exposing Hunter Biden and his involvement in those networks:

Taiwanese Dragons decided to go public with Hunter Biden story and intel about Chinese counterintelligence operations against the United States as a countermeasure against mainland Chinese threats to attack Taiwan. Dragon sources have repeatedly said that they will organize full disclosure of mainland Chinese secret space programs in the event of any aggression towards Taiwanese national sovereignty.

As the day of the US elections draws near, there are important astrological configurations taking place. The first one is the Jupiter-Saturn synod (heliocentric conjunction) on November 2nd at 6:52 pm UTC. Jupiter-Saturn synod will effectively trigger the Age of Aquarius for all Solar system beyond lunar orbit. At that moment, a massive operation of the Ashtar Command will commence and it will require a complete reorganization of all Ashtar Command fleet beyond lunar orbit.

It is interesting to note that the following mass meditation starts only 38 minutes after exact Jupiter-Saturn synod:

The second aspect is Mercury turning direct on November 3rd at 5:50 pm UTC. This aspect will ease the tension and uncertainty somewhat.

The third aspect is the completion of a certain cycle on November 3rd. Nothing more can be said about that.

Second wave lockdowns are now being implemented in many countries, and it is still very important for as many people as possible to join our daily anti-lockdown meditation:

Lockodown concept was engineered by Chinese Cabal members in tandem with Tedros Adhanom:

To control the surface population with Covid apps:

This is going too far, and we need to correct the planetary timeline back into the optimal Ascension timeline. Therefore we will be doing a Timeline Correction mass meditation at the moment of triple Jupiter-Pluto-Pallas conjunction on November 11th at 11:11 CET (equals 10:11 UTC), and you can join if you feel so guided: 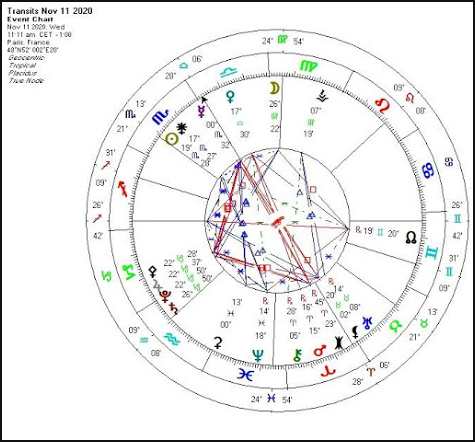 The moment of this meditation will have Paris ascendant conjuncting the Galactic Center and Paris Goddess vortex will be activated to its next level.

If you are in France, you can join the Paris Sisterhood of the Rose group here:

Or Versailles Sisterhood of the Rose group here: 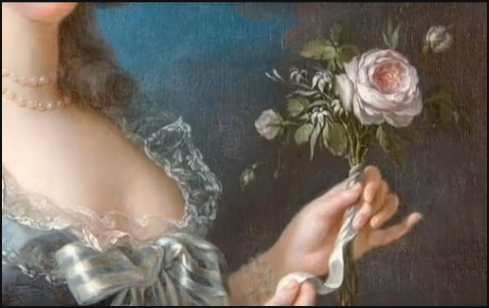 Exact time of the meditation for different time zones is here:

2. State your intent to use this meditation as a tool to co-create the trigger that will shift the timeline back into the optimal timeline for the Age of Aquarius

4. Visualize a pillar of brilliant white Light emanating from the Cosmic Central Sun, then being distributed to Central Suns of all galaxies in this universe. Then visualize this light entering through the Galactic Central Sun, then going through our Galaxy, then entering our Solar System and going through all beings of Light inside our Solar System and then through all beings on planet Earth and also through your body to the center of the Earth.

5. Visualize this Light shifting the planetary evolution back into the optimal timeline. Visualize it removing all remaining darkness on Earth, healing all inequalities, erasing all poverty and bringing abundance to all humanity. Visualize soft pink Light of the Goddess embracing all beings on planet Earth and healing their emotional bodies. Visualize a new grand cosmic cycle of the Age of Aquarius beginning, bringing pure Light, Love and Happiness to all beings on Earth. Visualize your perfect life in the new Age of Aquarius.

This is now the final battle:

To win our bright future: