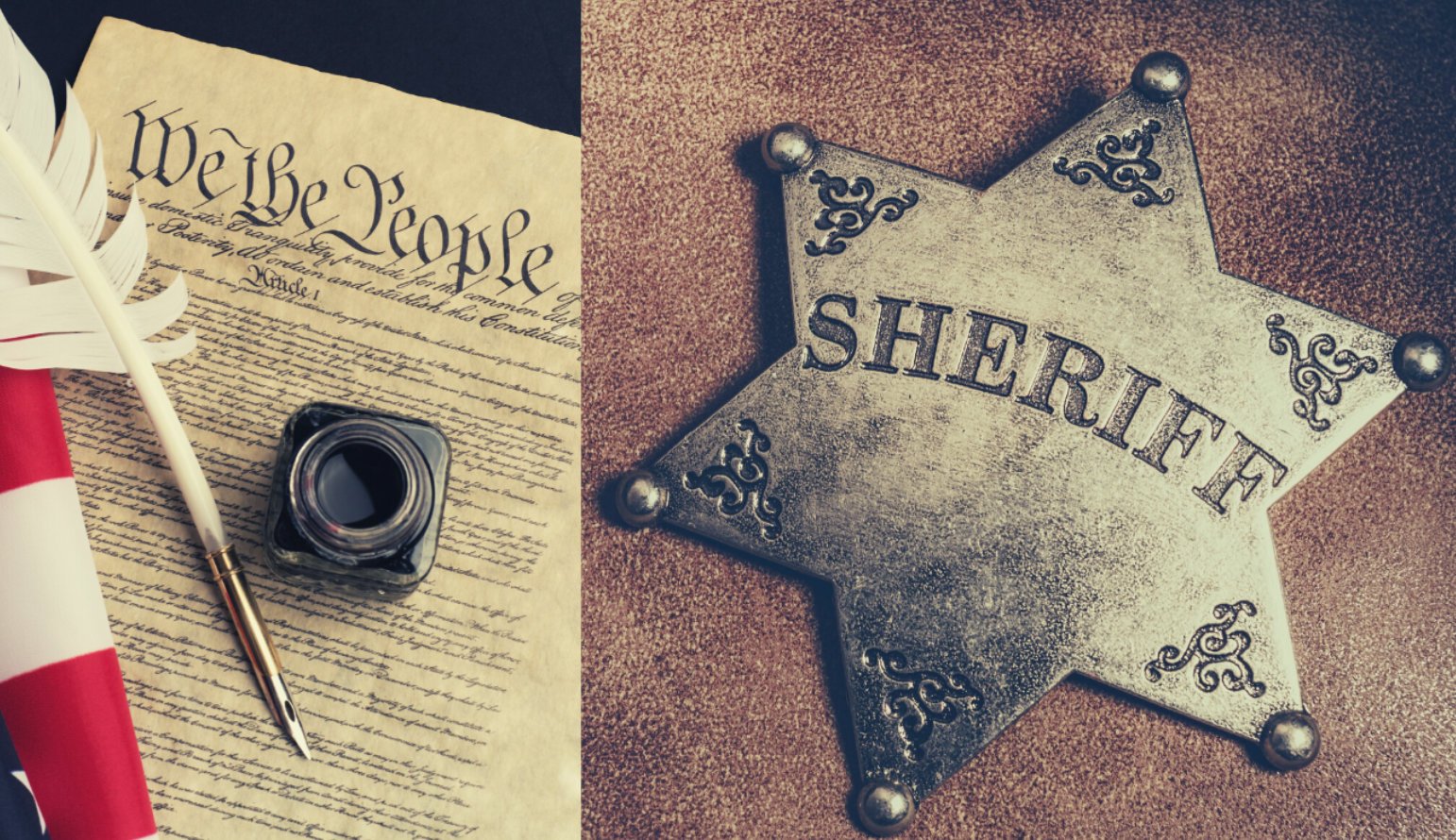 From Stillness in the Storm
Published on January 28, 2021

(Chandra Loveguard) Did you know? Sheriffs are the Chief Law Enforcement Officers of their counties and have ultimate jurisdiction as elected officials who took an oath to uphold and defend the Constitution. Could these elected officials hold a key to restoring our liberty and sanctity across the nation?

Sheriffs, when elected by county residents, take an oath to uphold the Constitution of the United States of America. This includes protecting your inalienable rights of Life, Liberty and the Pursuit of Happiness.

Could the work of constitutionally aligned Sheriffs across the nation combined with knowledgeable action by the people lead us out of the sticky wicket we’re awakening to find ourselves in?

We spoke with Sheriff Mack, and he told us in this exclusive interview that he believes this to be the case. Mack is best known for being the first Sheriff in US history to take a case of infringed liberties for a win all the way to the Supreme Court. Mack was elected as Graham County, Arizona Sheriff in 1988.

Here is a description of what happened next:

During his tenure, federal officers informed the sheriffs of the state that they would be required to enforce the so-called “Brady Bill” and run background checks at their expense under the law. In 1994, Mack and six other sheriffs from across the country, challenged the constitutionality of the Brady Bill and ultimately, fought it all the way to the United States Supreme Court, where they won a monumental decision for freedom. Three years later, in a landmark 5-4 split decision based on the Tenth Amendment to the United States Constitution, Mack won his case.(CSPOAclass.com)

Mack says there are 3100 Sheriffs across the country. He says that your Sheriff “can’t very well work for you if you don’t know what he’s doing.” He encourages people to get to know your Sheriff directly, to discover their philosophy and their alignment. “You must know your sheriff and you must have a relationship with your Sheriff. He or she works for you and he must answer to you.”

In light of current circumstances, there is a reason why Mack is stepping up to train Americans and our Sheriffs, DA’s, Judges and other public officials: “It really looks like local officials, especially your Sheriffs are the only peaceful and effective solutions we have left,” he says.

Mack is offering a 6-week course to train Americans who are ready to comprehend pathways for reclaiming liberty against unwanted mask and vaccine mandates; how to hold politicians accountable to upholding the constitution; how to comprehend the true power of the Constitution and protect your second amendment rights; and more.

With Joe Biden being inaugurated as President of the United States, it’s time We The People stand up. We’ve already seen the tyranny that has been happening with government orders since the whole COVID-19 thing started. With Joe Biden as President, it won’t get better unless We The People do something about it. It’s time for all Patriots to become educated on the Constitution and their rights and begin standing up and taking action, now more than ever before.
~ Sheriff Mack

While Mack can’t guarantee results city by city, he will be sharing invaluable information and knowledge for “those ready to empower themselves with the weapons of knowledge and truth to help restore Liberty.” He suggests we vet our Sheriffs and public officials, and arm ourselves with education. Each of us has the opportunity to dig in and do our part, though we might not know what we can do that would be effective and constitutionally correct.

See Also: Robert David Steele also recently interviewed Sheriff Mack. Watch the video below for more details about the CPSOA and how Sheriffs can play a key role in restoring sanctity and sanity.

The preceding is a Stillness in the Storm original creation. Please share freely.

Chandra Loveguard is a researcher, seasoned writer and Patriot who questions everything, envisions the best for our communities and families, our country, and our world. She also holds The United States of America dear and acknowledges the vision of the Founding Fathers for this country to be a beacon of light and freedom for all the world.

This article appeared first on Stillness in the Storm.

This article (Constitutional Sheriff Mack Won Landmark Case in Supreme Court, Suggests Local Public Officials Are Where It’s At) originally appeared on StillnessintheStorm.com and is free and open source. You have permission to share or republish this article in full so long as attribution to the author and stillnessinthestorm.com are provided. If you spot a typo, email [email protected].