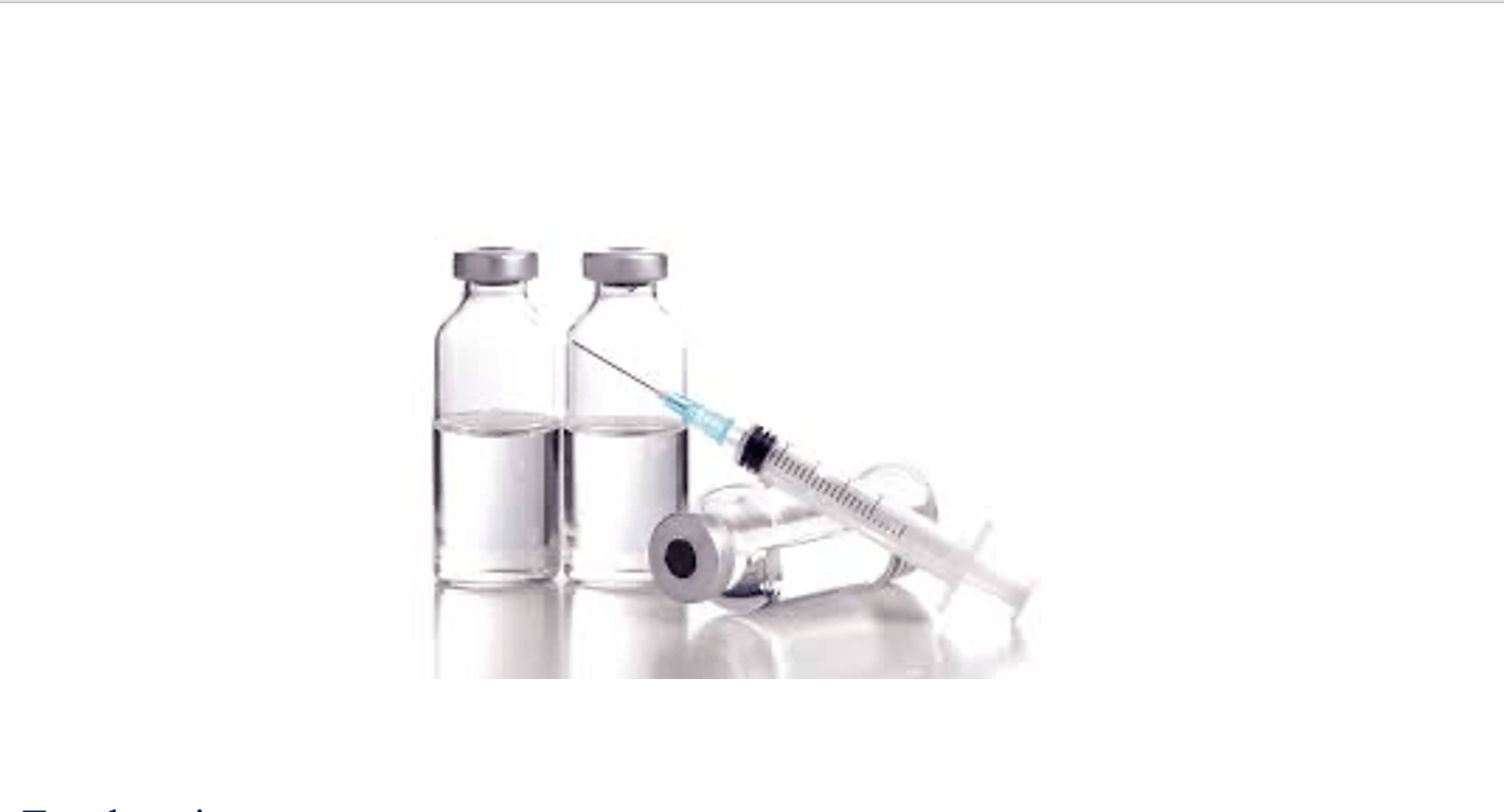 To whom it may concern,

We have to be blind or brainwashed not  to see the massive tons of evidence around the world now from thousands of highly qualified doctors, scientists, nurses, microbiologists, etc. who are clearly trying to tell us we are not being given the truth about the virus. And 99.9% of what they are trying to tell us is NOT being passed on via the main media. Then only ones giving us the truth are the alternative media (growing massive by the minute) with a tiny bit contributed on occasion by Sky and Fox news. The statistics now of deaths and severe side effects are legion, all over the world.

At best, C19 it is a new strain of flu. deliberately portrayed in a massively fearful way by the main media (all controlled by 6 companies – i.e. 6 people) across the world. Its intention is to get humanity obedient and under control. And if you think that is a conspiracy, there are multi millions who know its not, because they actually bothered to find out!  It is all available and not hard to find.

And for people who ‘believe’ whatever they are told by those they consider ‘authorities,’ – which for some strange reason seems to include TV and papers media (what a joke) – without bothering to be responsible and research the truth, but instead are willing to let this be perpetrated onto their families, kids and the world, they are setting up a life that is totally dictated. You are told you HAVE to stay apart, no hugging, wear masks, curfew, kids can’t go to school or play with friends, can’t visit dying parents and friends, can’t go to funerals, have weddings, can’t visit the elderly – the sick or the dying, can’t go to cafes, pubs, many shops or facilities, can’t go to games, can’t kiss and hug, can’t travel, can’t cross a border or move outside your border bubble and can’t go outside in the sun (which heals it incidentally). So many have just ‘bought’ it and dutifully, through fear and blind obedience, become instant slaves. DO YOU BELIEVE YOURSELVES?? Would you have ever thought a year ago you would let yourself be ordered around like this without even checking if it was all true!! Yet you just did it. You rolled over and said ‘Yes Sir, three bags full, Sir!’ Millions blindly had the invasive, damaging, tracking test (which contains some nasty ingredients in the actual vac) and can reach neurological area in the head. Then they informed you that you MUST have an injection – something that was raced through in a few months trial instead of the required years of research, full of chemicals and DNA altering material (Google it and Bill Gates) that has NONE of any actual virus in it (such as the old vaccines had that helped our bodies create anti bodies.) Then we have the tracking and the passports and that you won’t be allowed to eat in restaurants, go to work, shop, fly, travel, move, breath!! unless you have been jabbed. They have the passports ready!

Do you know how many people, including kids, who now have mental issues, depression or who just died from fear, loneliness, sadness, lack of love, not being ‘allowed’ out (even for exercise and when it is allowed, no more than 1 hour! WHAT!!) not seeing family – friends – grandkids – familiar faces, not able to speak with neighbours, go to shops to get food (not everyone likes to ask for help!), no positive outlook for them to see families again and with seemingly with no end to it – as they are told – unless the whole world is vaccinated!!

Do you know how many small businesses have gone under (deliberately done) – to allow BIG business to take over and control everything you buy. Do you realize the Govt PAYOUTS are to bring you under control – RELYING on those handouts to survive!

Do you know how many elderly have died after getting this! Have you looked?    Have you checked around the world and the amount of real nursing home deaths? Which the ‘Fact checkers’ attempt to debunk – all being employed by social platforms to debunk truth. https://www.lifesitenews.com/news/breaking-uk-govt-says-over-240-people-in-britain-died-shortly-after-receiving-covid-jab Have you read any official govt reports?  How deaths are calculated?  There are several different facets to that one! Just one – https://www.oann.com/study-finds-errors-in-cdc-covid-19-fatality-reports/

Do you know the requirement is continually changing? Two doses, now 3 and boosters or if it is a new strain, you’ll need different ones.

With so many people mucking up their immune system by getting previous flu vaccines, taking tons of antibiotics and medicine drugs; getting MRI’s and scans (=radiation); plus eating a diet of chemical supermarket food and using chemicals to clean their houses – that they have nearly wiped out their immune system?. It is not surprising some human bodies can’t take the dangerous concoction of chemicals that are in the C – vaccine. Do you know what is in it? Have you BOTHERED to look! Have you gone to the trouble of checking out what each ingredient actually does? I mean the ones that you can find listed. Even investigative journalists have said they can’t find the secret ones, such as the nano particles. But listen to Bill Gates admit many times–they have nano particles and they change our DNA. And incidentally this DNA change can NEVER be reversed. Or listen to Facebook’s Zuckerberg.

Have you acted responsibility in the best interests of your family and the world? This is your kid’s future we are talking about! The UK Govt has officially stated no one with any allergy should have the C vaccine.  Did you know that? Did you bother to look? Do you know many people have allergies they are unaware of? What about them? Have you read the scientists (even the Pfizer creator) say it can create sterilization? That means no kids. Have you read the amount of people dying after receiving this vaccine?

Are you taking charge of your life or happy to be a robot under control, letting others decide your life you. To become so entrenched and accept this as a way of life that your kids will never know any different and will never live a free life? Much like the Chinese now really. You think that can’t happen? IT ALREADY DID. YOU ARE DOING EXACTLY WHAT YOU ARE TOLD TO DO.

ALL the main social platforms (youtube, Facebook, twitter, Instagram, etc.) are now censoring every word and blocking hundreds of thousands of people around the world who are trying to tell the unawakened the truth, including thousands of doctors. They are getting blocked because they are daring to tell the truth.

Thanks heavens there are millions who are awake and trying their best to tell you. They are fighting mass media control determined to keep you in the dark, all following instructions from their bosses. There are world wide protest demonstrations in most countries with many thousands, even millions attending, but that is not what you are shown. I attended one yesterday and there were over 5,000 one (country wide it was millions). Some of the main media even managed to report it (very unusual) but said it was attended by a maximum of a thousand ‘ignorant any vaxers’. We were lucky actually, they usually say a couple of hundred!

Yes, I am mad about this. But I am not mad with the people pushing the control of humanity. That’s happened throughout Earth’s history. There has always been a dark manipulating force at work. Unless you live under a rock, you have to know that! I am mad at the sheep – the people who are failing to take any responsibility for the freedom of the human race and for each other. Allowing themselves to be dictated to and losing every ounce of freedom they had. Most think they are free as they sweat to work pay taxes, crippling mortgages and interest and live in the illusion of freedom because they can go to the beach for a swim.

And don’t think it will just all go away. It will stay until you are all under full control and are obediently doing what you are told. Massive laws in many countries have been slipped in now under the pretext of this ‘pandemic’. You are going to be controlled like never before. You are proving every day that can so easily be achieved. It only took a few short months and you were willing to abandon your freedom – just because someone convinced you a flu strain was deadly. Who told you? The WHO (World Health organisation). Have you checked them out? Have you wondered why President Trump stopped funding them? And then your politician (and we know they can be trusted, right?)  say – you had better comply or you will be fined or jailed and if you don’t wear a mask you will contaminate people and are being selfish to your fellow man. Guilt trips work really well. Thousands of doctors and medical experts are trying to tell you they don’t work and are dangerous. Fresh air heals us! Breathing in chemical mask particles and your own carbon dioxide does not!

Yes, there is a conspiracy – it is just not the one you are being told about.

All people need to stand together against tyranny and darkness.

Together, we can create the world we want – one of harmony and love and care for each other, unified in our intent to create the best world we can for us and our children.

BECOME ONE UNITED VOICE ACROSS THE WORLD, ALL PEOPLE, ALL COUNTRIES, DEMANDING TRUTH, HONESTY AND RIGHT ACTION.

WE CAN DO THIS! WE ONLY NEED TO BE AWAKE.