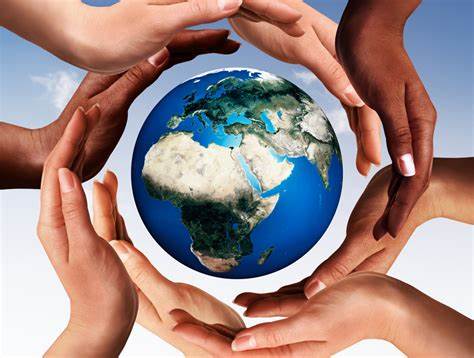 Here is a summary of the book “The Super Radiance effect: A new technology for national invincibility and international peace”:

“Believe it or not, there are now over fifty research studies that, demonstrate the extraordinary, positive effect that radiates to the rest of society by groups of specially trained meditators. The resulting impact on the host population is truly dramatic and almost instantaneous. Open warfare has been known to stop within 24 hours and terrorism decline by 72% over a matter of days.

This effect is known as Super Radiance and it only occurs when a sufficient number of these specialist meditators form a group to practice meditation together at the same time and on a daily basis.

The particular meditation required to create this powerful social effect is an advanced form of Transcendental Meditation known as the TM-Sidhi programme.

One fascinating characteristic of the TM-Sidhi programme is that it stimulates coherent brain waves for the individual meditator or TM-Sidha as they are called. The significance of this is that a coherent brain has access to higher mental and emotional faculties usually found dormant when the brain is in the more usual stressed state.

Of even more significance though is that when performed in a group this TM-Sidhi meditation, not only generates highly coherent brainwaves for each TM-Sidha, but spontaneously it also radiates this powerful brainwave effect to the surrounding non-meditating population as well.

The author takes you through fifty-three research studies conducted on Super Radiance over the last forty years. Conducted in numerous countries by a variety of different researchers and institutes, many studies have been published in peer reviewed scientific journals. Readers can see for themselves how the Super Radiance effect reduces war deaths in war zones, reduces terrorism, reduces crime rates, and even has a positive impact on other negative statistics such as emergency calls, suicides and motor vehicle accidents.

On the economic side, when the Super Radiance effect takes place in a host community, there are more business start-ups, more patent applications, improved stock indexes, lower inflation, higher employment rates, higher economic growth rates and a range of other QOL improvements.

It is important to note that this transformation in negative social trends is not generated by any social or physical interaction by the TM-Sidhas with the rest of the population. The effect is created silently and anonymously and can even be broadcast from other countries.

One significant feature of the Super Radiance effect is that the larger the group the more disproportionate the impact. The larger the group of TM-Sidhas, the wider the effect stretches. So, to produce the desired effect for a country the size of the UK you need about 750 TM-Sidhas, for the USA you need about 1,800. To calm down the fighting in the Middle East and stop the war in Syria would take about 3,000 TM-Sidhas. For the whole world of 7 billion people we only require about 9,300 TM-Sidhas.

9,300 TM-Sidhas is all that is required to bring about an immediate cessation of warfare, terrorism and political violence across the entire globe. The cost of doing this would be less than the cost of a single Stealth bomber.

The author’s easy to read summaries of each of the fifty-three studies provide the lay reader with the basic facts about this astonishing but little known phenomenon. Amazingly or perhaps typically, despite the evident opportunities provided by the Super Radiance effect for world peace and the prevention of terrorism, no government, at least in the developed world, has so far taken the idea seriously. The aim of the book is to get the concept of Super Radiance across to a much wider public in an attempt to influence politicians, civil servants and the media that we now have an invaluable technology for world peace that should be taken seriously for the benefit of us all.”