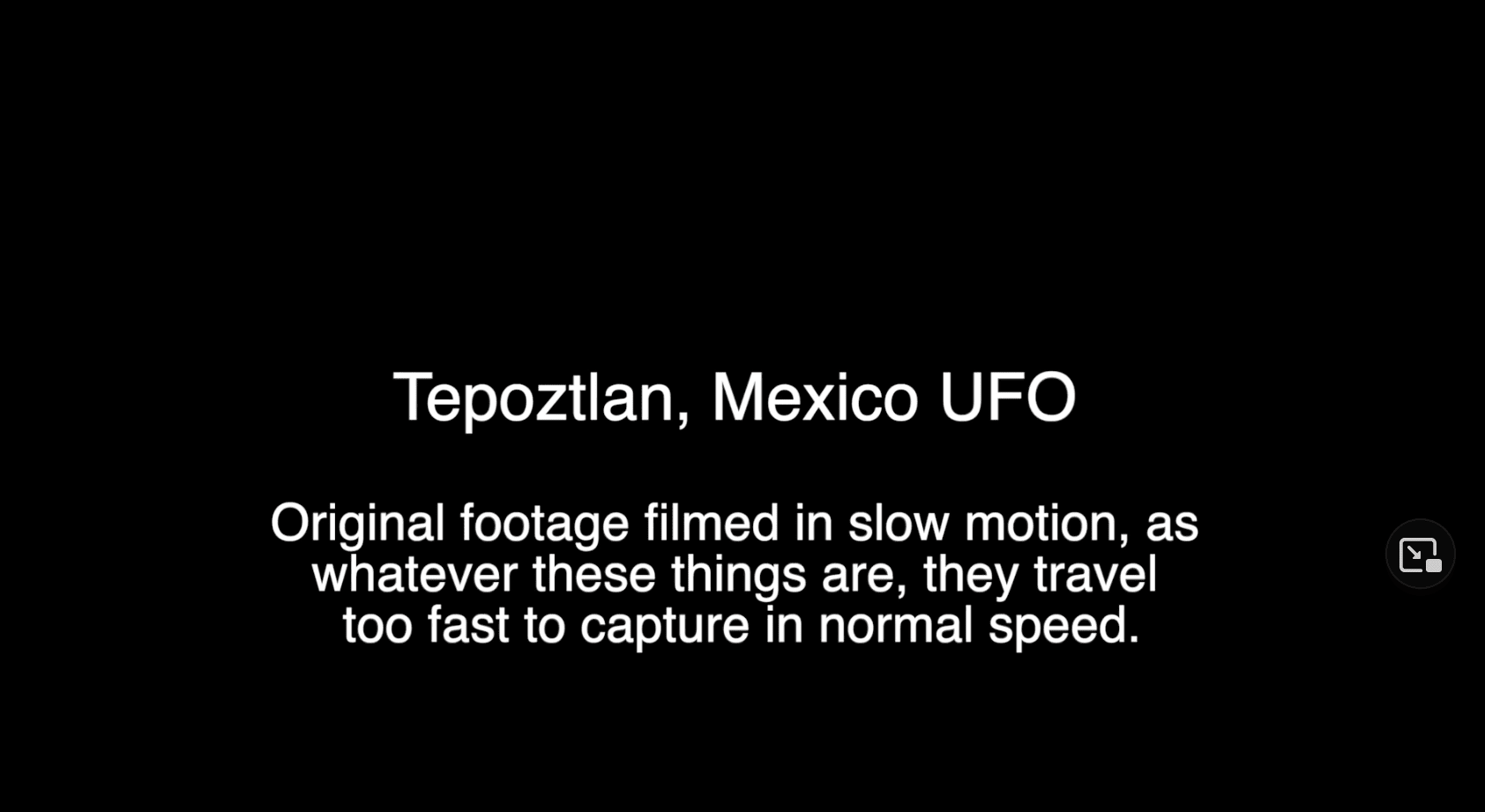 Article provided by The All That Is:

Recently, during a cycle of time in Mexico, this One at theallthatis.one met a gentleman who claimed to have footage of a UFO that he had recorded after meeting a local who was offering expeditions to film unknown craft moving at great speeds over the valley.

To record such phenomena, the gentleman was encouraged to film in slow motion, the skies above this beautiful town, known by locals and travelers for its paranormal activity, including countless UFO sightings and energetic portals. There are numerous pyramids located over this majestic mountain range, set 1 hour south of Mexico City. Tepoztlan is one of a number of towns in Mexico with the title Pueblo Magico (Magic Town, in English).

It was only after reviewing the slow motion footage from his phone, did the man see what was going on above his head. The short video shows an object appearing from the right side of the frame, rising up at speed and leveling out before zooming out of shot.

What are these mysterious objects?

Unfortunately, the resolution of the video is not clear enough to make out a defined shape or structure of the object. At points, it seems to move somewhat like a bird with wings, yet no bird known to man moves across such distances, at such speed, given that the images are in slow motion.

Whatever this object is, it is one of many, captured on film by people who have used slow motion recording on their smartphones. This One has seen other videos from locals in the area, showing similar shaped objects zooming up and out of the mountains. So it is not a one off by any stretch.. for a man to offer guided tours to spots where he claims to be able to film such activity and to then genuinely capture images like these suggests there is a real mystery to this special place.

What do you make of the footage? Have you tried filming the skies in slow motion? Please share any stories, footage or other evidence that may add further insights to this strange phenomena.

You Have The Power To Ascend From This 3D