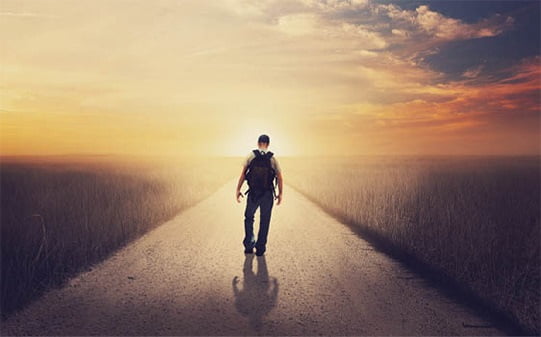 “The only thing necessary for the triumph of evil is for good men to do nothing.” – Edmund Burke

Today’s world is one of mercilessly cut-throat ambition, where typically the strong thrive while the meek take a back seat and wither in the dust of the preemptive go-getters. It is commonly said that, “nice guys finish last,” and unfortunately those who act unjustly and strictly obey orders without reason, are the very same people the system rewards by its very design. It’s not easy walking righteously in a land run amok with mirrors, phonies, and a myriad of hidden landmines reeking of temptation and deception.

Righteousness is considered one of the highest virtues in many of the major religions of the world, such as Islam, Judaism, and Christianity; as well as highly examined concepts in Buddhism, Hinduism, and really all strains of thought for that matter. Despite one’s subjective opinion of religion, it’s quite impossible to realistically argue that one cannot obtain great truth from the ancient texts of these religions. There are numerous moral virtues that are fundamental to human existence which can be extracted from properly reading these religious texts. These texts would not have garnered the following they currently have without containing some level of inherent truth to which all can ultimately connect.

However, this is not to be confused with their fundamentalist interpretations, which usually stem from those seeking financial control and power over the minds of others. This perception has badly tainted religion and made it largely ignored and misunderstood by a vast percentage of the population. Yet, as with most aspects of life, it can be learned from. So when something like righteousness appears frequently in multiple ancient texts, it might be beneficial to at least attempt to study its possible meaning.

Righteousness is acting in accordance with divine and moral law; arising from an outraged sense of justice or morality. In essence, righteousness is a divine state of being; one of “virtue,” “truth,” and  “integrity.” This state of being would be in direct contradiction to that of being “immoral,” “dishonest,” or “deceitful.”

Some people don’t believe inherently in an objective reality of both good and evil; arguing that everything just “is.” However, finding those who do not at least have a basic concept of what good and bad means on a natural, objective level, of which all cultures generally accept as virtuous traits in life, is quite hard. In fact, it is believed in many cultures that the only way to receive one’s “eternal inheritance” in the afterlife or achieve enlightenment in one’s current life is to follow a righteous path.

The problem is that many do not completely comprehend what it means to truly live righteously. They believe themselves to be righteous, but in the end are only blinded by a false paradigm of misguided ideology. Yet the road is far from easy. There are tests around every corner, and the journey is one that truly lasts a lifetime; potentially going completely unnoticed in the process by the surrounding environment, compared to those who opt for the less righteous path.

The righteous often do not get noticed or receive the recognition they so deserve. However, if there is a next life, the belief is that one can transcend to a higher state of being, one of which the pure mortal existence currently experienced cannot fully provide. Simply, it is being the change one wishes to see in the world purely to keep positive energy of love alive and cycle it back through the universe.

So how does one live a life of righteousness?

A righteous being fundamentally and consistently chooses the frequency of love over the frequency of fear. This is not to say that one of righteousness does not make mistakes, because everyone is human and every mortal makes mistakes. However, one truly following the path of righteousness tries with all his or her might to constantly emit love over fear. Love is the state of producing light and giving it to the universe without expecting anything in return. Whereas fear is the hoarding of light for oneself and not giving any excess in return back to the system.

Intuitively, the righteous being understands the interconnection of all things in the universe, and therefore compassion is held in the utmost regard, as a vital component for a thriving universe. At the same time, it is the brute strength of the righteous that stands out above the rest; realizing that taking a stand against those who promote fear, violence, and injustice is both necessary and right for the frequency of love to continue to manifest. This includes putting one’s own life on the line in the face of incredible injustice. It’s those like Martin Luther King, Jesus, Buddha, Mother Teresa, and countless others without familiar names to reference, who truly embody the righteous being. In fact, it is those who act righteous behind the scenes without any need for recognition, who truly embody and vibrate strongly of righteousness.

The righteous always act in truth and sincerity no matter how difficult or painful that may be for oneself or others. This requires one who is willing and eager to seek knowledge, knowing that knowledge is power. Therefore, sticking one’s head in the sand in order to justify doing nothing in the face of injustice, is acting immorally by letting injustice rule the world. The righteous understand the importance of harnessing the power of knowledge for the betterment of humanity. They resist the temptation to hide from it or use it in order to manifests one’s own selfish desires. With great power comes great responsibility; this is embraced and accepted with the highest of humility and wisdom as a badge of honor to the righteous.

This was never meant to be easy. The journey is filled with traps that aim to corrupt the soul of an individual and dim the light which wants to shine. Unfortunately today, the snakes are in control; as in those who acquire knowledge and use it to obtain power and control over those in their surroundings for their own egotistical needs. The snakes test the soul of man by propagating it with false media; indoctrinating it into a backwards school system; feeding it an inorganic diet; ruling it through corrupt politicians; and preying upon it with vulturistic corporations. Society is too caught up in the collective rat race and money accumulation to care in the slightest about those being left behind. To get ahead in the current system, there simply isn’t enough time… or is there?

The road to righteousness is filled with lies, doubts, and distractions, but is this not the test presenting itself? Some may say no; that there is no point to all of this, and that in the end we all just die and rot in the ground. However, there are many who believe that there might be something more; a bigger picture for which embodying righteousness can help one attain, both a higher consciousness in the present reality, and more pure essence of love in the afterlife.

Whether one believes in higher consciousness or the afterlife, the vast majority has become outspoken in regards to their weariness and outright disgust of a world being run by phonies and snakes that lack any moral compass. These immoral elite only rule because the masses refuse to stand up in a righteous way and say, no more. It is important to understand that the coward is no better than those who commit evil, for the coward knowingly lets evil run rampant without resistance. This is only false righteousness distorted in the mind to bring an illusionary comfort to the soul of misplaced love, when in fact it is nothing but fear.

The party is over however. It is time for the genuine and righteous to stand up and shine, infecting the world with a clear dose of common morality of which it so desperately needs. There is an inherent integrity that intuitively vibrates within all of humanity which no words are needed to understand, and that permeates throughout the entire cosmos. This energetic connection to the whole is a feeling all are familiar with, whether or not it is realized.

Using this knowledge, it is more important than ever for people to have faith that acting righteously can spread positive energy throughout the world in the hopes that it can finally get the wheels of change to start turning for the better. This is the only thing that will truly change the world; a change in paradigm of the mind and a change in the frequency of the soul, all of which embody righteousness.

In the end, if we are all energy, and energy is neither created nor destroyed, then what is there to really be afraid of? They do say the truth lives on forever.

“A coward dies a thousand deaths, a soldier dies but once.” – 2pac An avid free-thinker, Tim has set out on a mission in search of the truth in whatever form it may come. Ever since his awakening several years ago, his passion for knowledge and justice has led him on a journey into deep research, cultural travel, and complete expansion of the mind. Tim feels as if the information freely flowing into the hands of the public, due to the dawn of the Internet, cannot be stopped at this point, so he has made it his goal to help facilitate and breakdown this complex stream of information, so that others can accelerate their own awakening and be part of the inevitable change happening in society.