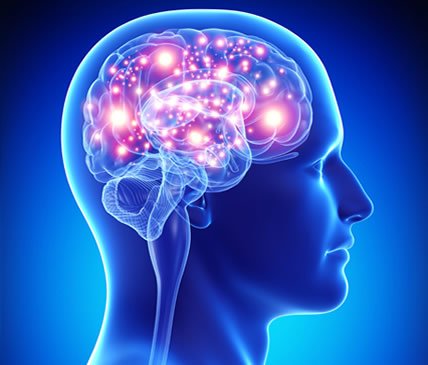 Differences in lifestyle patterns rather than mortality or health outcomes appear to have immense research potential in gauging life expectancy. How do patterns in thought, actions, supplements, and diet interact, synergize, or interfere with one another? Here’s a look at 10 powerful things that influence our aging processes.

By examining how chronological age lines up with biological ageacross the population, researchers are starting to pin down how these two measures should sync up — and what it means for how long we have left when they don’t.

1. Love: Theories about love’s purpose range from the biologically practical to the biologically complicated. In one study, men who are married or in close relationships have 7% lower mortality than singles. The number is 4% for women. These numbers correspond to less than a year of life expectancy. A different study finds loneliness increases mortality by 50%, corresponding to almost 5 years of life. Choosing a life partner may be one of the most important decisions we can make. Love also increases joy and happiness which can make our hearts healthier, our immune systems stronger, and our lives longer through enhancements of our cellular structure. With more love between couples often comes more sex which too promotes heart health, and balances hormone levels.

2. Empowerment: Staying employed is worth up to 14 years, and it’s often more about being needed than making money. Trumping general intelligence, previous academic achievement and personality, hope “uniquely predicts objective academic achievement,” showed a three-year longitudinal study out of the University of Manchester. A study in elementary schools in Hawaii has found that a focused program to build social, emotional and character skills resulted in significantly improved overall quality of education, as evaluated by teachers, parents and students. Specific methods of internal shifting can lead to incredible self empowerment which changes the way we experience every event in our lives.

3. Natural Anti-inflammatories: Daily supplements of curcumin combined with diet and exercise strategies have been found to be associated with more than a 60% reduction in triglyceride levels. It inhibits inflammatory reactions, has anti-diabetic effects, reduces cholesterol among other powerful health effects. Curcumin exerts anti-inflammatory and anti-oxidative effects. Omega-3s are another powerful anti-inflammatory. They convert into hormone-like substances that decrease inflammation and pain. According to Dr. Alfred D. Steinberg, an arthritis expert at the National Institute of Health, fish oil is an anti-inflammatory agent which acts directly on the immune system by suppressing 40 to 55 percent of the release of cytokines, compounds known to destroy joints. Many other studies also demonstrate that eating moderate amounts of fish or taking fish oil reduces pain and inflammation.

4. High Fiber and Fermented Foods: Our bowel movements are key predictors to our well-being and fiber is truly a proxy for healthy gut flora. Health care of the future may include personalized diagnosis of an individual’s “microbiome” to determine what prebiotics or probiotics are needed to provide balance.Your gut bacteria can reveal whether you suffer from many different diseases such as diabetes and many others. Increased intakes of fermented foods are associated with significantly reduced risks of skin conditions, digestive problems and even autoimmune disease. The potential health benefits of fermented foods like doenjang, chungkookjang, kimchi, kombucha, miso, tempeh, pickles, fermented seafood, makgeolli, and beer may be linked directly to the ingestion of live microorganisms which all have tremendous benefits on the overall functioning of the human body as we age.

5. Meditation: Almost every disease in the body is initiated or aggravated by high cortisol levels which are elevated in people who lack the ability to calm their thoughts and minds. Regular meditation effectively supports mental, emotional and physical health in numerous tangible ways. In building upon this strong body of evidence, researchers are continuing to deepen our understanding of the profound and inspirational benefits of regular meditation practice in everyday life. The data itself is encouraging. Some studies link meditation to enhanced telomerase activity. Most of scientific studies on meditation have shown it benefits our cardiovascular and mental health and wellness. More than 350 peer-reviewed research studies on the Transcendental Meditation technique have been published in over 160 scientific journals.

6. Intermittent fasting: Intermittent fasting allows the body to use fat as it’s primary source of energy instead of sugar and there are many benefits. Extends lifespan and lowers mortality. According to MIT biologists, age-related loss of stem cell function can be reversed by a 24-hour fast. Some studies show that after periods of fasting, insulin becomes more effective in telling cells to take up glucose from blood. Intermittent fasting improves the immune system because it reduces free radical damage, regulates inflammatory conditions in the body and starves off cancer cell formation.

7. Interval Training: One of the most efficient paths towards cardiovascular fitness is interval training. There is now enough documentation to suggest that it does benefit all-cause mortality. By recruiting new muscle fibers and increasing the body’s ability to use fuel, interval training potentially lowers the risk of metabolic syndrome. This type of vigorous exercise cuts deep belly fat and fat around the waist. After interval training, the amount of fat burned in an hour of continuous moderate cycling increased by 36 percent, said Jason L. Talanian, the lead author of the study and an exercise scientist at the University of Guelph in Ontario. Cardiovascular fitness — the ability of the heart and lungs to supply oxygen to working muscles — improved by 13 percent. Results were independent from any type of special dieting or food plans.

8. NAC and Glutathione: N-acetylcysteine is converted by the body into an amino acid called cysteine. Cysteine also helps synthesize glutathione, one of the body’s most important natural antioxidants and detoxifiers of chemicals into less harmful compounds. Glutathione is known to aid in the transport of nutrients to lymphocytes and phagocytes, two major classes of immune cells, and to protect cell membranes. Researchers found that mushrooms have high amounts of glutathione known for immune system boosting propertiesand anti-cancer capabilities. NAC can protect against a wide range of health problems and the science backs up the claim. In one studythere was a 30% increase in lifespan of mice. This powerful metabolite is also used against environmental pollutants including carbon monoxide, chloroform, urethanes, herbicides, pesticides, reducing toxicity of cancer drugs, hangover remedy, damage due to certain X-ray dyes; and for human immunodeficiency virus (HIV).

9. Decreasing Calories: Calorie restriction leads scientists to molecular pathways that slow aging, improve health. Organisms from yeast to rodents to humans all benefit from cutting calories. Restricting calories can double or even triple lifespan. About 30 percent of the animals on calorie restriction diets die at an advanced age without any diseases normally related to aging. The less you eat the longer you will live. Studies have shown how the lifespan of people in certain cultures increased due to their diets. One of the primary effects of aging is a slower metabolism, the younger your body is, the faster and more efficient your metabolism. The less you eat, the less toll it takes on your digestive system. Aware of the profound influence of calorie restriction on animals, some people are cutting their calorie intake by 25 percent or more in hopes of lengthening lifespan.

10. Vitamin D: In the absence of vitamin D from sunlight, disease increases more than 1000 percent. Vitamin D is lacking in some 70 percent of American children. Data from a systematic review of almost 200 population-based studies shows that more than a third of populations worldwide may suffer from low levels of vitamin D. Researchers have discovered that it’s active in many tissues and cells besides bone and controls an enormous number of genes, including some associated with cancers, autoimmune disease, and infection. It’s been known that vitamin D can prevent that genetic damage. The best way to get vitamin D is getting out in the sun and stop lathering on sunscreen. Researchers at the University of Leeds suggest that people with very pale skin may be unable to spend enough time in the sun to make the amount of vitamin D the body needs — while also avoiding sunburn. So it’s important to have your vitamin D levels assessed by a qualified health practitioner who can order the appropriate tests.