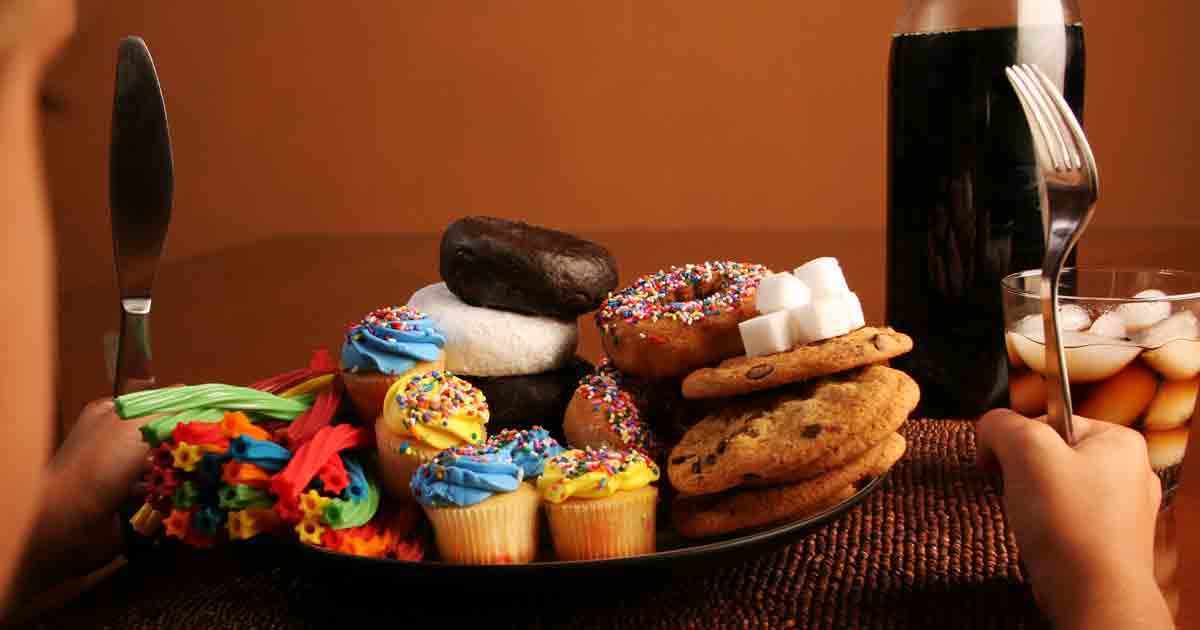 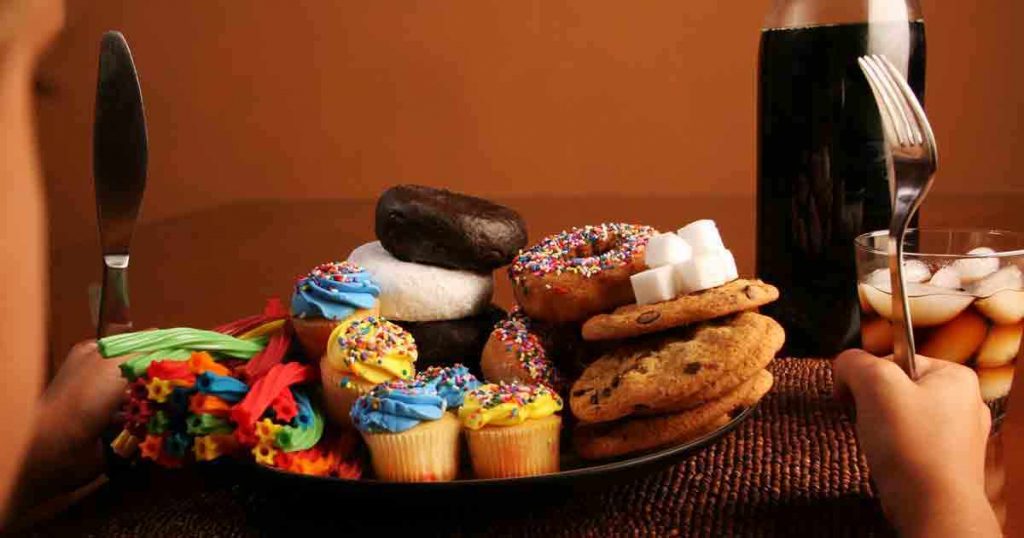 The National Institute of Diabetes and Digestive and Kidney Diseases defines overweight and obese as a person whose weight is higher than what is considered normal, adjusted for their height.1 That adjustment is figured by taking a person’s weight in kilograms and dividing it by the square of height in meters, which gives what is known as a body mass index, or BMI, according to the CDC.2

An adult is considered obese if their BMI is 30.0 or higher. Recent studies only reinforce what scientist and researchers already know: Obesity rates are high and climbing.

According to The State of Obesity,3 there are striking and persistent racial and ethnic disparities. According to data from the National Health and Nutrition Examination Survey in 2014, more than 33% of individuals were considered overweight.4

By 2016, that percentage had risen to 39.6%.5 The World Health Organization reported that worldwide, obesity has tripled since 19756 and in 2016 more than 1.9 billion adults were overweight. In the U.S., 39.6% of adults were overweight and 13% were obese. These are the highest rates ever documented.

The highest percentage of adults with obesity were from 40 to 59 years old and women 20 years and older.7 According to The State of Obesity,8 rates increased in six states between 2016 to 2017 and remained stable in the rest of the U.S. West Virginia had the highest adult obesity rate at 38.1% of the population, while obesity rates were at least 30% in 29 other states.

The American Academy of Family Physicians9 reported on the links found between increased obesityin adults and socioeconomic factors such as education, rural versus urban living and income levels. In all cases, the report showed individuals with the highest education, living in urban or metropolitan areas or with incomes 400% or greater than the federal poverty level had lower rates of obesity.

Two recent studies10,11 published in the BMJ have linked eating ultraprocessed foods with a significant increase in the risk of death and cardiovascular disease. While you may suspect boxed foods or convenience store snacks are foods on the ultraprocessed list, you may be surprised to learn that many foods touted as healthy are also ultraprocessed.

Researchers sought to evaluate the association between an ultraprocessed diet and the risk of all-cause mortality. To that end, they gathered data from 19,899 participants from 1999 to 2014.12 They followed up with the participants every two years to gather data on food and drink consumption and classified the foods eaten according to the degree of processing, using the NOVA classification system.13

NOVA classifies food categories according to the extent and purpose of processing, rather than in terms of nutrients found in the food. NOVA is recognized as a valid tool for nutrition and public health research and used in reports from the United Nations and Pan American Health Organization.14

NOVA categorization was initiated when researchers realized the significance of industrial processing on human health was far understated in research. The researcher’s main outcome measurement was an association between ultraprocessed foods and all-cause mortality.

Participants were categorized into eating low, low-medium, medium-high or high consumption of ultra-processed foods. The researchers found those in the highest quarter, eating greater than four servings of ultraprocessed food each day, had the greatest risk for all-cause mortality compared to those in the lowest quarter.15

They also found those in the group with highest consumption had higher than average body mass index, were more likely to be current smokers and to have a family history of cardiovascular disease, diabetes and depression. In addition, they were also more likely to snack and use a computer for longer periods of time. The main cause of death was cancer at a mean age of 58 years.

The mean follow-up of the participants was 5.2 years, during which the researchers found intake of ultraprocessed food was indeed associated with a higher risk of cardiovascular disease.

According to the researchers, the results remain statistically significant after adjusting for markers of nutritional quality and after a large range of sensitivity analysis. Co-author Maira Bes-Rastrollo, professor of preventive medicine and public health at the Universidad de Navarra, told CNN:18

“Ultraprocessed foods already make up more than half of the total dietary energy consumed in high-income countries such as USA, Canada and the UK. In the case of Spain, consumption of ultraprocessed food almost tripled between 1990 and 2010.”

The increased energy intake occurred over breakfast and lunch, with no significant increase in calories at dinner in those eating the ultraprocessed diet. The researchers also found that eating ultraprocessed meals caused the participants to eat faster, which may have led to a higher energy intake.

They hypothesized ultraprocessed foods may have increased the eating rate and delayed satiety signaling, thus increasing overall count caloric intake. While on the ultraprocessed diet for two weeks, participants gained an average of 1.98 pounds.21

Top cause of death linked to ultraprocessed foods: Cancer

According to the Centers for Disease Control and Prevention,22 there were 1.29 million new cancer cases reported in 1999 and 1.63 million new cancer cases reported in 2015. According to the American Cancer Society,23 there were an estimated 14.1 million cases of cancer diagnosed around the world in 2012 and the number is estimated to grow to 21.6 million by 2030.

The established dogma asserting cancer is a genetic disease currently influences research and the type of treatment you may expect from an oncologist. In fact, it fuels the entire cancer industry, but it is not leading to any significant advances in treatment or prevention.

However, the mechanism of metabolism on cancer cells is clear and based on the findings of Dr. Otto Warburg, a classically trained biochemist who received the Nobel Prize in Physiology or Medicine24 in 1931 for his discovery of the nature and action of the respiratory enzyme cytochrome C oxidase.

His work demonstrated how cells receive energy from respiration and how cancer cells have a fundamentally different energy metabolism compared to a healthy cell. The National Cancer Institute25reports tobacco is the current leading cause of cancer and the leading cause of death from cancer.

Although smoking has been in the No.1 spot for preventable causes of cancer for decades, it appears obesity is not far behind. According to Dr. Otis Brawley,26 professor of oncology in epidemiology at Johns Hopkins University and past chief medical officer of the American Cancer Society, this may occur within the next five or 10 years.27

Compared to those who are within a normal weight range, those who are obese are also more likely to have a recurrence of their cancer, and a lower likelihood of survival. Research published in the New England Journal of Medicine28 concluded “increased body weight was associated with increased death rates for all cancers combined and for cancers in multiple specific sites.”

Reuters29 reports the rate of cancer unrelated to obesity declined by 13% between 2005 and 2014 while obesity-related cancers rose by 7%. While the exact association between cancer and obesity is not fully understood, researchers are focusing on studying visceral fat, as its metabolically active and may spur cellular growth.

In addition to cancer, obesity eventually takes a toll on your physical and financial health, even if you are currently healthy. Adults who are obese spend 42% more on direct care costs and those who are morbidly obese (BMI greater than 40) pay 81% more than a healthy weight adult.30

When a patient presents in the emergency room with chest pain, the cost is 41% higher for severely obese patients, 28% higher for obese patients and 22% higher for overweight patients than healthy weight individuals.31 Additional financial costs are the result of medical and physical concerns linked with obesity, such as Type 2 diabetes, cardiovascular disease and gallstones.

Gallstones35 are a crystal-like deposit created inside the gallbladder typically made from an excess of cholesterol, bile or bilirubin. In the case of obesity, the stones are usually made from cholesterol, and the size may vary from a grain of sand to the size of a golf ball.36

Unless they cause a blockage in the pancreatic duct, they don’t usually trigger symptoms. Obesity may also limit your physical activity and increase your risk for osteoarthritis in your knees, back and hips.

According to NOVA, the ultraprocessed group of food and drinks contains industrial formulations, typically with five or more of these types of ingredients. They may include sugar, oils, fats, preservatives and antioxidants not commonly found in culinary preparations but may be used to imitate sensory qualities or hide undesirable sensory qualities.37

While this list is not all-inclusive, it does offer insight into the types of foods considered ultraprocessed:38

Your diet is a key factor in health and longevity

Undoubtedly, there is a serious health epidemic in the U.S., and a majority of it is linked to diet. There are no quick and easy answers. It is crucial to remember what you eat is the foundation on which your health is built and eating a processed food diet is a recipe for long-term disaster.

If you have access to real food, it is important to take the time to learn to cook from scratch and make the most of any leftovers. With a bit of dedication and planning it’s also possible to grow produce at home in small spaces, including indoors.

Eating a diet of 90% real food and 10% or less processed foods is achievable and may make a significant difference in weight management and overall health. For a list of guidelines to help you get started, see my previous article, “Why a Calorie Is Not a Calorie.”