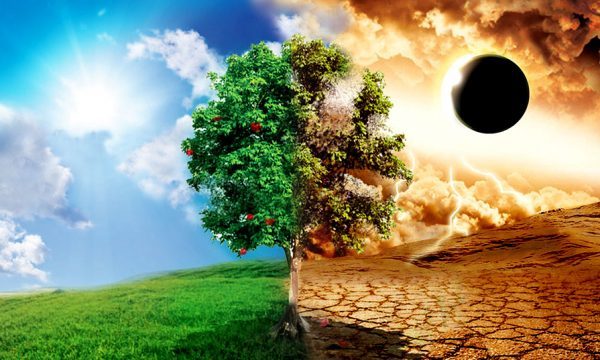 It is often echoed by the marginalized masses that “the system doesn’t work for the people” and “it only works for the elite that own it.” Regardless of ideology, it’s pretty hard to deny this claim when wealth inequality and power concentration are rampant all over society with plenty of hard data to back it up. This reality is not really in question by most logical people with access to even the most basic information. However, what is often not discussed, and is much more controversial, is how to implement tangible solutions to the current social enigma in which the world finds itself. This lack of effective solutions seems to be the major hurdle holding back a fast awakening public.

The problem is that many people today go about activism in the totally wrong way, spinning the wheels, but going nowhere fast. The three most common tactics include constantly complaining about other people’s actions, protesting the actions of others by occupying space/holding signs, and lobbying middlemen politicians to enact new laws to fix the problems and “protect” the people. Though these tactics might work to some small degree (obviously not working very well at the moment), they all have one fundamental problem that is at the heart of real change, and that is direct individual action. By always asking and relying on some other entity to be the agent of change, like the government or private corporations, people are stripping themselves of their own power to change the system directly through their own individual actions.

It’s no wonder people feel incredibly powerless when coming face-to-face with the beast that is the system. However, if there is one truth that every social activist needs to fully understand, it is that we the people are what feeds the beast, and without our energy input, the parasite would starve and fall to its knees, dying off quicker than many people can even fathom. It’s really not as complex as many are led to believe; it just requires hard work, focused discipline, open-minded thinking, in-depth research, and constant adaptation to an ever-changing world.

With money making the world go ’round, financially starving the corrupt aspects of the system might be the first place to start. For example, instead of complaining about Walmart’s low wages or McDonald’s poor food health standards, simply don’t work or shop there. This directly affects their pocket-book and chances are they will get the hint sooner rather than later. Though simple enough, this is very hard for many people in practice, primarily because most people have been so heavily indoctrinated into believing that they are dependent upon the current system for survival. This can be compared to black magic, where one is deceived into unconsciously giving their energy output to an external entity in spite of the fact that it is against their own interests. The psychological addiction runs extremely deep, especially in the United States, as many people don’t even realize how incredibly addicted they are to the systemic Kool-Aid they are constantly fed. Not only are they addicted, but they cannot even perceive any alternatives to their usual lifestyle routines. However, if the system has any chance of changing, people have to quit financially supporting those institutions that go against their interests, such as unhealthy food, propagandized media, criminal banks, greedy corporations, unhealthy relationships, and disloyal government, among others.

The argument will often come up that “if we boycott the system, many will lose their jobs.” Yes this is true to a certain extent, but are people so co-dependent and unconfident in themselves that they cannot adapt or think up something new? That’s like a heroin addict saying they will get sick if they stop using, justifying their continued abuse and further masking their unhealthy addiction. It is true that the addict might get sick and have heavy withdrawals for a period of time, but it’s important to understand that this is an inevitable part of change in which sometimes one must go through a difficult time in order to come out all the better in the long run. Is that not what a physical workout is, putting ones body through short-term stress in order to bring about long-term gain? All growth is inevitably accompanied by a period of unease and adaptation, so this should be assumed going in. People using these excuses are only living in denial of their own fear of change, lacking the will and heart to battle through the tough times. Stop letting fear win, it really is as simple as that.

It ultimately ends with people “being the change they wish to see in the world” through their own energy output. Instead of feeding the beast or relying on others to change it, start buying into the light you want to see shine. This means using your time, money, and energy to support only those systems that promote ethics, logic, and love. This will require sacrifice, but if people get this concept, the system will have no other choice but to adapt accordingly since people’s actions are what makes it all go ’round. This again is tough because it requires personal responsibility, intellectual research, and proactive action, all of which many people want others to do for them. People will have to seek out new establishments and in some circumstances it may require people to start new programs that bring change to communities where it doesn’t currently exist. This means starting new social groups, opening up new businesses, or running for local office. This is direct individual action at work.

This even goes one level deeper, in that it may be time for people to peacefully boycott many of the unjust laws in which government has implemented. This is what great thinkers like Martin Luther King Jr. understood and it is why the movement surrounding him proved so effective. No one is advocating a violent overthrow of the government, as it is illogical when one understands the vast arsenal of weapons the government possesses, and that violence only breeds more violence. However, when the government has shown the public time and time again that it is corrupt and does not give a damn about the people or justice, then people have no choice but to defend themselves by peacefully disobeying. This includes people currently employed by the government because just doing what you’re told to do is only perpetuating a negative feedback loop. Just look at the Nazis, where most people were simply following orders from higher command. If it’s true that the government is “of the people, by the people, for the people,” then true patriots have every right to disobey crony orders, ignore unjust laws, and refuse to pay taxes that fund mass corruption and perpetual war.

In the end, people must realize the true power they have more than anything else. It is We that pull the triggers that fire the bullets of war. It is We who give our money to unethical corporations that exploit us. It is We who obey orders and keep the system afloat. It is this sense of personal responsibility that is ultimately lacking in the activism movement. The cold hard fact is that the system revolves around the actions of the masses, not the actions of the elite. It only seems the opposite because people have been lied to and propagandized into believing they need masters and possess no direct power. This couldn’t be further from the truth. Wake up and realize YOU have power! WE have power! Once we realize this, the truth and love that resides in an overwhelmingly large amount of the population cannot and will not be stopped. So let us embark on a new solution: Starve the beast to its knees and Feed the light. This is something each of us has a personal responsibility to do and it is the only way real change will ever manifest. The time is now!